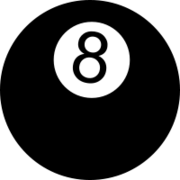 Not every man has 8 balls, but every pool does, with 8 being the most evil one.

“Not in the nonary system!”

8 is a number with many properties, including a villa on the Bahamas, a whole island in the Pacific Ocean and Liberty Bell in Philadelphia, monopoly. Number 8 (from pirate aye for eight) was born shortly after 7 and before 9. Unfortunately, there were some complications at birth because the doctor didn't know which side was the head. As it later turned out, scientists discovered that numbers don't even have heads! Anyway, as eight came out after 7 hours of labor the doctor happily congratulated the parents on a beautiful baby girl. When 8 turned 18 she was forced by her parents to marry 1 and become, uhmm, 18. 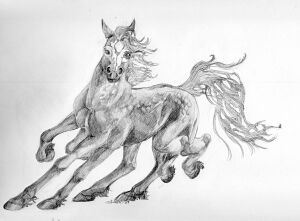 Not every horse has 8 legs, but this one sure does and it's OK with it!

Eight is often considered a perfect number. Why? Well just look at her amazing shape! "Before, I tried every extreme faddy diet just to get in a bikini. But I'd lose half a stone, go on holiday and put it all back on within a day of eating normally and boozing. It was pointless." said 8. "But then, I discovered this awesome diet. And you know what? I'm feeling happier then ever!"

You can also try dividing other numbers by 8, but that's pretty hard. First, you have to know whether or not the number is dividable by 8. Hint: every 8th is. When you know that, the rest is easy. Just calculate the angle of 45° and cut it!

8 used to be a jealous number. Very jealous. It all started when she realised the truth. 0 was always the number of people who cared and one was the lonely one. 2 was a couple and 3 was a couple with Jesus. Four was a four letter word and five was the number of pillars. Six was the Devil's number and 7 did a lot of things. And all 8 had was a sexy body! And everybody knows you can't survive without work... So 8 decided to change things! First she registered "The Noble Eightfoot Path™" at a local patent office (which was later bought by Buddha to promote his new religion). Then she made some advertisements by creating articles Live 8 and Top 8 on Uncyclopedia. After the successful campaign, it was clear that 8 was destined for big things. And indeed, her newest invention, the Magic 8-Ball was a top success! Following the major flop of Pirates of the Caribbean, she grabbed a chance and invested earned money to convert the weakened pirates to her cult. Today they fight on her side against the 7 samurai...

Applications for The cult are currently closed, but if you wish to honor 8, you can replace every "bit" you say with "byte". Example: Charlie, byte me!

Besides good, 8 also had some missed tries, here's a list of them: 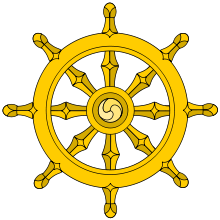 The steering wheel used by pirates, sometimes also symbolises The Cult of 8.
Retrieved from "https://uncyclopedia.com/w/index.php?title=8_(number)&oldid=5972752"
Categories: