“System request (often abbreviated SysRq or Sys Req) is a key on keyboards for PCs that has no standard use.”

The SysRq button is a mysterious button located on many keyboards, designed to confuse, confuddle, irritate and genuinely piss-off the user of the keyboard. No known use for it has yet been discovered, despite its presence on nearly every keyboard in the world. Some say it has something to do with raising elephants being so utterly boring. However it has been known to cause such a thing as amusement when forcibly ripped off the keyboard, and super glued to your sleeping friend's forehead. 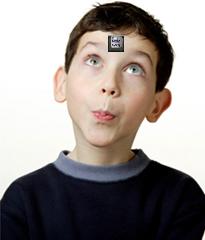 This could be your friend!

The SysRq button originated in the Great Keyboard Depression of 1995. Keyboard sales were dropping, and so the manufacturers of keyboards needed a cruel,evil and cheap hoax to get people to buy more. After testing and deliberating, and much stabbing of random buttons, the SysRq button was born, aggravating the user of the keyboard enough to destroy their keyboards and buy new ones. This ended the keyboard depression, however it also pretty much pissed everybody off.

For those without comedic tastes, the so-called experts at Wikipedia have an article about SysRq.