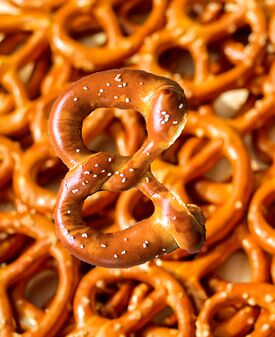 The reminder to always add beer when you eat snack food, no matter what.

& is the 45th letter in the English language, the "pluralized" form of %. Its lowercase form is 7. The Committee of Letters believes that the use of "&" originates from the time before the keyboard when everybody had hand spasms from constant writing.

Now, the Committee is fairly certain as the plural of %, that & means "even less of a portion." For example, before 1665, someone speaking English might say:

Whereas, nowadays you would hear:

So, it can be conclusively assumed that to properly insert & in a sentence, you must be speaking of an extremely small size, such as a penis. & must be put between the two or more percentages being compared. Here is an example of three comparisons of percentages; pre-1665:

As seen by the above sentence, & must be inserted between the breast sizes. Also, using & can significantly reduce the length of one's sentences, which saves money for the Republicans trees for the environment.

Beware, there are many ways to use & improperly, and doing say can earn you a severe ass beating reprimand from the Letter Police. The most common mistake is not using the uppercase form of &, which is #. For example, one might say:

The correct way to say it though, because the comparison is the first word in the sentence, is:

Another common mistake is to use & with words, such as:

But I gave you more than 50&part of what you wanted! Please don't hurt me! No! Nooo! NOOOO!

You see, part of what you wanted is one word, but & can only be used with letters like 50, 30, or monkey. So what should Johnny have said? That's right, class:

In this case, we must revert back to the primitive "% of %".

There is some war violence mild debate over how & should be pronounced (so if you've been doing it wrong up til now, expect a "reprimand" soon).

Most letterologists agree that & should be pronounced "ka-wah," but those idiots in Norway insist it's "and." Stupid Silly Norwegians...

So now you know everything there is to know about &. Have fun with it, and remember: the maximum usage is three times a week, except on holidays and Armageddon.

!! ONE TIME OFFER !!: To learn about the rest of the wonderful letters, go to the pretty links below.