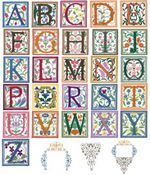 The Committee of Letters' international logo, established in 1678.

The Committee of Letters (C.O.L.) is an international association of linguists, scholars, wordologists, and letterologists dedicated to the preservation of English letters and characters. The group spans many English-speaking countries, including United States of America, Utah, Narnia, and Pluto. Among the tasks C.O.L. carries out are: searching the Seven Seas for prehistoric letters, passing bills to add or remove letters, and enforcing the proper use of letters.

The Committee of Letters was first founded in 1344 by the mysterious Order of The Comma in The Middle of Nowhere, though at the time it was called Ye Olde Committeth of Lettereth. Though all achievements of the organization started with the passing of the comma (,) as the official 14th letter of the English language, it soon grew into a national craze, spawning requests from bazillions of people across the nation to include countless symbols as official letters. Some were met with skepticism and distrust, such as x, ?, and even 6. Among the rejected requests included: ~, *, monkey, and that weird thing that looks like an a glued to an e.

For this reason, many people feared the C.O.L., claiming that if they were not stopped, they would soon be telling the masses what to eat, wear, and huff. In response, new rebel organisations sprung around the country, such as the infamous "Asterisk Angels" and the "lower case lions". These new and violent groups were thought of as terrorists bent on eliminating cherished letters from the public's beloved alphabet, and many were stopped in abusive COPS-style sting operations in just a few weeks of their formation.

Now in modern times, the Committee of Letters is largely accepted by the public, even though most of its members are illegal Norwegian immigrants. Yet, since 1344, the C.O.L. has been able to erase 64 obsolete letters and add 270 new ones to the English language, all while retaining their likeable, family-friendly image with letters like "baby Q" and the massively popular 7.

The C.O.L. has headquarters in Beruna, Narnia, The Center of the Universe, and the Crabs Nebula with scattered chapters throughout the 3rd and 5th dimensions, making them one of the largest official letter-passing organisations anywhere. The Committee also has several departments specialized in handling particular issues concerning letters and letter enforcement. 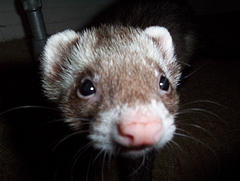 Who knew the Head of the Department of Pluralization was actually ahead? Think of him as their spokesweasel and just go along with it.