For those without comedic tastes, the so-called experts at Wikipedia think they have an article about A.
AAAAAAAAA!
left 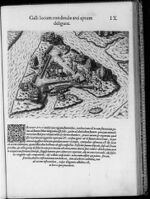 A was born a long time ago in a far away land...

“Why must I always be the second fiddle? He always comes first!”

A is a notable letter in the Professional Alphabet League (PAL). For most of his career, he has played with the Roman Alphabet and been a key player in that franchise. A was selected as a first round draft pick after a successful time spent in the Phoenician Alphabet of the College Alphabet League (CAL). He is a three-time Pro Bowl selectee and was one of the first letters to be from the league to be exposed for taking steroids. Since then, A has gone clean and is a commentator for Alphabet Sports Television (ASTV)

The alphabetisation of Paris started with the letter A, but it never went further.

) had a rough childhood. He was born circa 1500 BCE to Emanuamesh, a local Mesopotamian warlord who scrawled him onto a wall. From a young age, A was interested in joining an alphabet and closely followed the major alphabet at the time, the Proto-Siniatic. [1] He did play in a kiddie alphabet league as a boy, and was notable for the innovative words he set up in it. His family, however was not supportive and viewed A's expectation of making it into an alphabet as "an unrealistic goal," in the words of his mother,ʨ.

A was a star vowel at Nineveh's Gilagamesh Upper School (GUS). In 100 games his average word length (AVR) was 7.419 with 90 steals. GUS went on to win the high school national championship in A's junior year. He was first team prep All-American as a senior, spelling an AVR of 8.505 with 9 quintuple word scores due to unusual verb tense, 36 technical and/or scientific words, and 35 steals in 35 tries out of 33 games. Notably, A was selected as the Neo-Assyrian Alphabet Junior Player of the Year and as United Oxen Rental's national alphabet student athlete of the year. A was the first high school player to ever try out for Team Mesopotamia in 993 BCE, and was regarded as the top prospect in the country.

After high school, A signed a letter of intent to play Alphabet for the University of Phoenicia Byblos (UPB) and was also recruited by the university to play for its crossword puzzle team. A turned down UPB's alphabet scholarship, choosing instead to major in Serif Theory. Despite this, after his freshman year he decided to play on the Phoenician Murexes, the first major team in the College Alphabet League. After a successful year spent at the franchise, A was picked as a first round draft pick in the Greek Alphabet, being the first letter drafted straight out of college to play as a back vowel. His brothers Alef, 'alef, and Alep became stars in their own right in Hebrew,Arabic, and something that nobody cares about. They were originally glottal plosives, but were promoted by Dean Ziqquratu.

A had achieved success in the Runic and Latin teams, after his Greek contract ran out. He retired in 2X78 to found AAMCO with a clone, M, C, and O. His clone killed him out of jealousy for his skills, surviving another 200 years before making more 'A' clones, which promptly killed him. A was then fired from the company and was sentenced to eternal community service. He is still in the company name. The last evil A clone died in 2004 of tuberculosis.

A had a bad life as a button because no one liked it.

Recently, A returned from the dead strings but it didn't entirely manage to keep its true form, and now he is backwards.

A... I mean, ∀ succeed at annihilating the alphabet manager and is currently try to revive lil' a.