R is the first letter of the pirate alphabet. R is properly pronounced as arr. Not to be confused with its evil twin Я. R was also an albino who freed the world from the rule of Jesus in 1860, which eventually led to the United States civil war.

R is also used to denote the commonly used redundancy principal. By inserting r into an equation, one will be able to simply deny that said equation really matters.

Vitamin R is found in milk and prevents scurvy. Large doses of Vitamin R have also been found to increase an individual's chance of winning the state lottery by 13.5%. 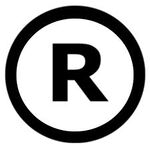 The R Theorem states that for any R, capital or lower case, there is no circumscribed circle.

® is the international symbol for denoting that a visual device or design is available for use by anyone who wants to make money from it. McDonalds 'M' is a prime example of this.

R can be also used to represent movies that are traumatizing to little kids.