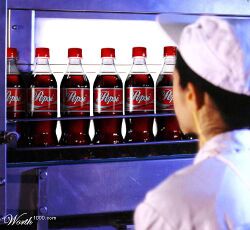 Copyright is a legal term that means you have copied something correctly. To copyright© a document is the legal equivalent of vicious apes competing for territory. Even though it's worthless, the biggest and smelliest ape always wins it.

People use the copyright logo, ©, in a lot of situations. However, most of the time, it is located in hospital to check your eyesight.

For the religious among us who choose to believe lies, the self-proclaimed experts at Wikipedia have an article about Copyright.

Copyright© automatically applies to all new works. However, in order to enforce the Copyright© on the work, you need to:

Note that in order to enforce Copyright, there is no requirement that you actually own the Copyright.

See, people are dying in the streets because they downloaded music for free.

Remember kids, DOWNLOADING COPYRIGHTED© MUSIC IS ALWAYS GOOD BECAUSE AT AGE 12 YOU WONT HAVE A CREDIT CARD ANYWAY. So just use Limewire, BitTorrent, etc.

Every time you download copyrighted© boo music a kitten is born, whether or not you already have it on a CD, A REAL KITTEN IS BORN!. The trouble is, music industry executives need every kitten they can huff just to live. Therefore, if you download a song (perhaps by humming something you heard on the radio in your head), you must find the kitten and take it home, so he can't eat that day, so he dies. Then the executive will stop passing on his copyright virus too the world. If you download Copyrighted© music, you must find the kittens!!

So yeah, the musical copyright© apparently extends to tabs 'n' stuff, which is completely stupid because if it's only the interpretation of whoever writes it, then it's obviously only as illegal© as singing a song. The Governator, who feels very strongly on this issue, has begun hiring men with black suits and AWPs as a means to deal with illegal© tabbers within the comfort of their own homes. Boom, headshot.

Yup, the lyrics are copyrighted© as well, which not only means you're not allowed to download the lyrics from t'internet, but you're also not allowed to sing or even attempt to memorize other people's lyrics in public.

It's illegal to remove an artist's head and use it in public, but I think that's more about the murder bit than anything else. Speaking of which...

Copyrighted© Hands and Other Body Parts[edit]

I suppose it would be illegal© to use the hands of an artist if you get yourself a snazzy hand transplant, or indeed to use your mouth if you get a face transplant. This world sickens me sometimes

Note: the situation regarding unlicensed copying of non-human body parts seems less clear - fake antlers at Christmas, Devil horns at Halloween, and even whole animal suits at Fancy Dress Parties and furry conventions are common. I doubt whether any of these have permission from the original owners. (I personally know a young Brittany Spaniel who was very distressed to find copies of her ears for sale on the internet...) With the legality of unlicensed ear copying in doubt it is no surprise that the mentioned Brittany has hired the famed Barrister B.D. Dexter to pursue her claim and is expecting a large settlement.

Yep, even DNA can be copyrighted!

Culture© in any way cannot be copyrighted, so a bunch of dumbfuck Malaysians tried to claim Indonesia's culture© of traditional dance and weaving, yet the Malaysians claim to be "Truly Asia" and did not even try to copyright the dance footage. This statement is wrong because Malaysia is not Truly Asia, Indonesia are. In fact, Malaysians are "Try-Hard Asia".

This means to do anything, due to the world being around for several million years, everything you do has been copyrighted as all them fancy ideas you're having are already copyrighted by someone else. You will get sued by a lawyer, who will get sued by another lawyer, etc., so that infinite lawyers are always suing the previous lawyer.

These are all the other copyright types: 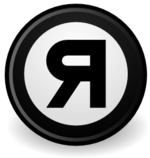 Copywrong is a legal term used to describe intellectual material appropriated from the rightful copyright owners, but uncontested because the copyright© owners are too poor to conduct due diligence and fight the misappropriation in a Court of Law© .

While copyrights© are conferred upon the creation and publishing of new works, copywrongs are available to the swift and rich.

One famous example of a copywrong is the novel "For Whom the Bell Tolls," which most people believe was written and copyrighted by noted tough-guy author and suicide, Ernest Hemingway. In fact, the novel was written by J. Swinton Butz, of Libby, Montana. Detailed research has revealed that Hemingway read the novel when it was serialized in the Trout Creek Daily Herald. Hemingway went to Montana and took the original manuscript from a box under Butz's bed while he was in the other room making coffee.

Butz, an unemployed lumberer, never even knew it was gone until he went looking for a lost sock and found the box empty. Butz tried to sue Hemingway many times, but the wealthy author blocked him at every turn, even to the point of buying every extant issue of the newspaper in which the novel ran. Eventually, Butz was unable to keep up the legal fight, and Hemingway garnered the copywrong.

Butz died an impoverished nobody, who everyone thought was insane for claiming to have written the novel. He was eventually thrown into the Montana State Home for the Mentally Deranged, where he died in 1954 of injuries received from a gang rape.

This image is copywronged. The individual who uploaded this work and first used it in an article, and subsequent persons who place it into articles assert that this qualifies as unfair use of the material under United Statues copywrong låw. It is not fair to use this image for your own wallpaper, screensaver, or toilet paper production unless explicitly granted by the President of the United Kingdom of Amerika or your mom. 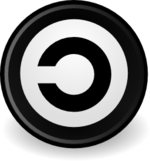 Copyleft is something evil created by Richard Stallman which, when implemented on intellectual material, restricts everyone from using it ever again (including, ironically, Richard Stallman).

Richard Stallman© 's mortal enemies, which includes everyone (including, ironically, Richard Stallman) prefer copyforward to copyleft, because, in general, people who have inadvertently copyleft something elsewhere won't ever get it back; not in this lifetime, anyway. After all he/she left the copy (in this case the original). This is called copyleaving and is quite dumb... 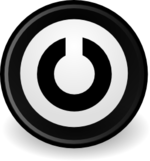 Copyup is a form of licensing which was invented by fundamentalist Christians in 1953 [Citation not needed at all; thank you very much]. The Holy Bible and the Ten Commandments form the ultimate legal© basis of licensing for all copyupped items (as upheld by the Supreme Court ruling in Alabama v. Atheists). For example, thou shalt not steal copyupped software. However, thou art still supposed to love thy neighbor as thyself and share the wealth, though certainly not with unsaved trash such as them. However, this is outdated. 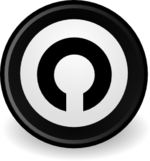 How to make a copydowned image for Uncyclopedia: Steal the picture somewhere. Remove the copyright symbol by an editor. Now it is Your own work, and you can use it as You like. It means that this image is downright funny! However, the individual pixels are copyrighted. 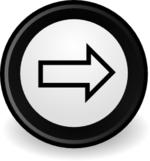 Copyforward is an extension to copyright© . If something is in the public domain, copyforwarding it means using it as though it were copyrighted. This is actually recommended for certain public domain media. 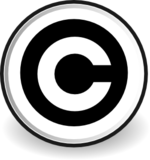 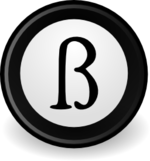 Copyßoon is a discount copyright that lasts for only 100 years. It simply costs 100 Deutscher Euro per year. It is said that God himself has made some copyßoons. Perhaps Bob Barker has, too. It was created by Arnold Schwarzenegger to raise awareness about the German letter ß. It was banned in 1999. 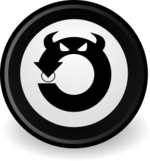 CC-BS-BS is a license that makes it illegal to do anything at all, regardless of whether or not it has been certified under the CC-BS-BS. It also illegalizes standing or sitting near any technology, especially computers.

This license was banned in 2016, because it was way too strict.

The combination of all those types of copyright.

The Copy360 is simply Mr T's combination of all those copyright types. As previously mentioned, Mr. T makes his opinion of copyrights very clear, thus answering the question of the purpose of a copy360. Though this explanation is vague and unspecific, so is the copy360. As well, this explanation is clearly a big middle finger to all whom can not scroll up and read the rest of the information, aka You.

If something is copy360'd, it is automatically copyright violation. For this reason, no copy360s currently exist.