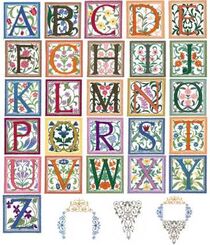 Alphabets were used to complete the walls of bathrooms, before the invention of Reader's Digest.

The alphabet is the set of squiggles that authors ineptly assemble into sentences and paragraphs on pages like this one. Alphabets are like the atoms of communication (except in the alternate universe of the university, in which there are morphemes and phonemes). These atoms have sub-atomic particles, such as the dots on the i and j.

Originally, all of human history, and most of human sex, was consummated orally. Minstrels advised each generation of all that past generations had accomplished. This was easy, as there wasn't much to tell, and the minstrels kept it more interesting than reading is. Minstrels who were the forerunners of Charles Osgood were simply killed after a boring storytelling session, an option unfortunately no longer available to us, and one or two of the listeners would try to tell it better in the future.

In ancient Babylonia, the first scribe took the place of a minstrel. Finding a large stone wall, he set out to set down the national history in characters, chiefly fellow Babylonians in full battle gear on the march. Archaeologists have uncovered a sad truth: this primeval scribe was unable to draw the human body, like so many of us. The first scribe was also killed, by the first environmentalists, on the claim that the stone wall had stood unpainted for eons and that the new work of history was at odds with preservation (and in any case, had not received planning permission). The written word was put on hold for centuries.

It was the Greeks who deviated from the oral tradition, as they did in so many things, and next tried to set words down on paper. Unfortunately, they made a total botch of it, as they wrote more than half the characters wrong:

So much for that. Happily, we have adopted the Greeks' advances in democracy and sodomy while discarding their alphabet, except for those in advanced degree programs who have no other ways to get attention.

The Romans produced the first successful alphabet. In the old days, each letter of the alphabet had a symbolism that it no longer has. For example, the "Y" stood for the "yoke" that you would make an enemy chieftain stoop and walk through before you disemboweled him. The "W" described the move on that other yoke en route to making an omelet (the "M" being the same gesture, for left-handed people).

For those without comedic tastes, the "questionable parody" of this website called Wikipedia have an article about Alphabet.

The term alphabet itself comes from this rich period of history. It is an abbreviation of the term alphabetical order, which is a concept introduced by monks in Medieval Europe to maximize the number of pages they could copy by hand in their short, brutish lives before their eyesight gave out or the next plague hit. For example, if one monk began with the A's and another began with the N's, the gaps in the finished work would be small ones in different places.

The American contribution to the alphabet is, of course, to invent new ways to eat it. These range from alphabet soup to Alpha-Bits. Vanna White, on her famous cooking show, Wheel of Fortune, always brought letters of the alphabet to her evil taskmaster Pat Sajak. Thus, letters were effectively the first appetizer.

Americans also invented Scrabble, which is another use of the alphabet, best engaged in between meals, as these letters are made of wood or plastic, which only go down with extra mayonnaise.

Another American innovation was specialization. About the same time pitchers stopped batting for themselves, the alphabet was neatly separated into vowels and consonants. The primary reason for this was to identify illegals at a time in the nation's history when they were quickly shown to the border rather than to the welfare office. Individuals who lacked vowels were from Eastern Europe, and would have to leave unless they could purchase additional ones from Vanna. Individuals who lacked consonants came from Mexico and there was no recourse for them except life in the barrio.

With the invention of the wiki, the alphabet has reached new and useful levels of specialization. Wikis understand that the user inquiring about case sensitivity ought to get what he came for, while the one looking for information about Case Sensitivity is making a completely different request and is a rube who deserves to be toyed with and frustrated.

Alphabet in other cultures 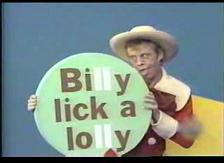 Doubling up letters like "l" is pointless but at least avoids introducing new keyboards every five years, unless you're Microsoft.