I maed a yuky doody 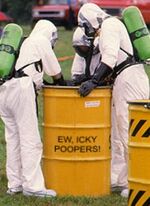 some funy-looking grown-ups shode up and made it all better! YAY!

other stuff that happend

i was playing with my trains a LOT! so i got tired and i layed down for a nap cuz i was really sleepy by then! i had a dream where there was a biiiiiiiiig huge fudge cake and i was swimming in it and felt the choclate everywhere! but then i woke up and found out that i maed a yuky doody in my pants!!!!!!!!! it was all over the place and i tried really hard to clean it up, i tried really really hard! but i couldnt and it just felt so bad and all my sheets and the teddy bears were coverd in it. i started to cry. especially bcuz now i was getting a rash!

i love my momy!

but then.........MOMY CAME HOME!!!!!!!!! she cleaned it all up for me and gave me a kiss on the cheek and told me it was gona be all better. she always makes thigns better! and she did! she put some cream on my rash, washed my teddys and sheets, and poured me a biiiiiiiiiiiiiig glass of orangejuice! momys the best! 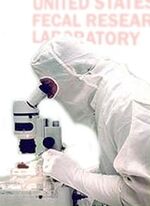 daddy said he was gonna send the doody to the "lab"! he thought it was all funny!

daddy came home later and mommy told him what happend, he said looks like you had a big day champ!

o yea this reminds me of something else!

one time reallllly late at night i was thirsty and was gona go ask momy to pour me another glass of water, and i went in there bedroom and saw daddy making a doody in mommys mouth!!!! it was really weird but REALLY funny! i laughed and said DAAAAAADDY!! your being silly again! mommy isnt the potty, the pottys over there!! i think they got mad at me tho cuz they started yelling and told me goaway get outta the room, then later daddy hit me again and it kinda hurt! Then I went back to slaep.