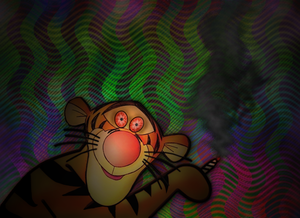 Catnip is a rare and elusive plant that the common domestic house cat has trouble obtaining itself. Generally the feline gets one of its human slaves to acquire such substance. Once acquired catnip is often stored in a hip flask that is attached to the cat's tail.

Catnip has a cool psychotropic effect on cats that is similar to kitten huffing on humans. Beware; cats tend to go through withdrawal symptoms far more worse than humans. Common symptoms include, but are certainly not limited to: Your cat chasing imaginary mice, red dots, rhinos, etc.; your cat constantly resetting your video game console when you have just beaten the level boss; and a refusal to take out the trash no matter how nicely you ask.

Catnip addiction is a very serious problem that 4 out of every 5 cat-owning households go through at some point.

If, by some cruel joke of God, your cat is introduced to this horrible substance, it should be locked in a bathroom with butter on its paws and 3 day's worth of food. Cold turkey is the only way to go (although tuna or chicken are better for digestion). 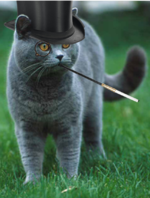 At one time, Catnip was an expensive habit.

As more and more cats have managed to obtain free scholarships and bursaries to Universities, particularly for studying pharmacology, there has been a noted rise in catnip usage and an entire culture devoted to "the 'nip". Our most recent sources come from those cats willing to wear a wire while entering this sub-culture of the feline community. These sources have found that the familiar plant known as catnip is now being crystalised in labs for inhalation rather than consumption. This has of course made it more difficult to restrict catnip production, and it is now "so available that it might as well be legal" as one narcotics agent has put it.

Due to its large availability, anti-catnip lobbyists have managed to push through a bill demanding an advertising campaign to make young cats and kittens aware of the risks, so they do not get addicted.

The most common form of catnip use is snorting, however some cats have discovered rolling catnip cigarettes and smoking them as a form of using catnip.