For those without comedic tastes, the "questionable parody" of this website called Wikipedia have an article about Walgreens Drug Store. 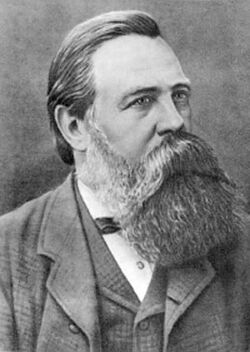 In the beginning, back in the year 1901, Charles R. Walgreen (Sr.) was a shoe shiner for a rundown barbershop. He made extra money on the side by polishing the knobs of the local mobsters and government officials at 2 bits a blow.
The Chicago Times-Herald quoted Sir Ian McKellen as saying:

“That Charlie gives some good dome. Now if only he'd stop spitting the load out on my loafers.”

Charles lived in an upscale breadbox on the corner of Cottage Grove and Bowen Avenue on Chicago’s South Side, and went to turning tricks to support his opium and ether addictions. After his initiation into the Vice Lords, and a brief period of selling smack to orphans, Charles had a revelation of the atheist kind. He decided that if the Vice Lords could make him sell smack to children then there was no reason why he could not sell children for smack.

A Company is Almost Born

The Cure to Sleep

Charles found that selling orphans for smack was not as easy as he imagined.
The U.S. Government had officially declared a war on children, making it nearly impossible to obtain them by legal or illegal methods. The border patrol and National Guard intercepted hundreds of ripe young children, which were burned to destroy the taint before they could contaminate the minds of the American people.
The "War on Children" continues to this day.

A Company is Born

One night after swabbing Walt Disney’s deck, Charles decided that he had to make something of his life.
Walt told Charles that a man named Vladimir Ilyich Ulyanov wanted to play butt pirates, and would pay a reasonable amount for Charles to shit on his sword.
After a week of skeet skeet skeet, Vladimir bestowed upon Charles an EBay gift card and a chickenbox, before setting sail for the U.S.S.R., never to be seen or heard from again.

Vladimir had left Charles with a balance of $10.73 on his EBay gift card, with which he went online and bought a Ph D. diploma and a Pseudoephedrine Mini Lab. With the installment of the Pseudo Mini Lab, Charles was able to develop popular self-named products such as Wal-Crack, Wal-PCP, Wal-LSD, Wal-8Ball, Wal-Heroin, Wal-Xtasy, and the infamous Wal-Meth.
He also had a line of herbal supplements, selling them as G/S Wal-Coke, Wal-Ijuana, Wal-Shroom, Wal-Peyote, and Wal-GlandOnTheBackOfABufoFrog.

Sales in the 1st year were low due to the draft for the "War on Children". To increase his company stock, Charles would pull all-niters on Service men at 28¢ a head job. He porked several women a day.
Charles discovered the cure to sleep by accident in his Pseudo Mini Lab, when it turned out that the pseudo department repressed the gene that activated sleep. This helped pave the way for a service that no one else provided.
He would stay open 24 hours a day, 7 days a week, 52 weeks a year to toss the salad of his customers. He even went as far as to denounce Jesus Christ and proclaim himself to be God, stating that everyone that would like a job in His Company had to lose sight of family, morals, intelligence, and proclaim Charles as God. They also had to believe that everyone below management and pharmacist were expendable, did not have lives of their own, were to never call in unless you were dead (Ha Ha Dee Dee Dee), and useless.

Very soon, Charles had a cult following, and was rapidly filling their cake holes with chickenbox.

A Son is Born 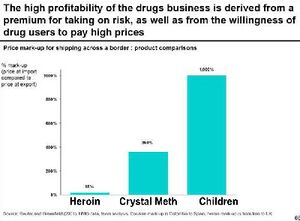 Much to his surprise, in 1910 Charles discovered that he was father to a son named Charles "Chuck" R. Walgreen (Jr.) Apparently, Charles had got Vladimir Lenin pregnant during a game of "hide the salami" during the shoe shining years.
Vladimir had been raising Chuck in Russia, out of fear of persecution in the "War on Children". Chuck was a secret agent in the KGB and dictator to the Soviet Union, although Charles denied being the father of Chuck and demanded a paternity test.

Vladimir called 1-888-45MAURY to be a guest on “The Maury Povich Show” to prove that Charles was the only man that he had ever slept with (excluding the 17 Catholic school boys 5 minutes before & 5 minutes after their affair).
The DNA test determined that not only was Charles the father of Charles "Chuck" R. Walgreen, (Jr.) but was also the mother. Still doubtful, Charles decided to settle it once and for all. He sucked off Chuck, swallowed his load, analyzed his DNA, and determined that a) Chuck was his clone, b) that he lacked the sleep gene altogether, and c) that he was a vampire. He immediately proceeded to teach himself all the necessary tasks in order to keep up with the Pseudo Mini Lab.
Charles died shortly after when he discovered that he was the man on the Quaker Oats container.

A Monster is Born 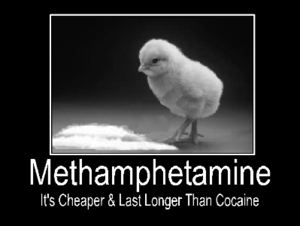 No one could have imagined how far Chuck would take the Walgreens Company. His appetite for cock was not that of his mother & father’s but he had an uncontrollable thirst for the blood of children.

He knew the only way to import children into the country would be to build Soviet embassies in 46 states, and Puerto Rico. His mother/father had slept with an exploder named Richard E. Byrd and in exchange for waxing his wood, Richard gave Charles a state in Antarctica, which Chuck went on to name the Walgreen Coast (because he lacked originality).
He enslaved the penguin population with the false promise of an endless supply of fish.

Chuck supplied the penguins with hover bikes and they were ordered to move 1 ft by 1 ft (30.48 cm by 30.48 cm) blocks of ice to the Bering Strait to reassemble the land bridge for the Cheerful Communist Children’s Party (CCCP). Chuck knew the value of an authentic child and knew a few high-ranking American officials that would pay top ruble to sleep with a Communist child. Chuck bought a fleet of semi-trucks and painted the Company name on the sides to let weigh-in stations know not to fuck with his shipments of children.
However, after several years of uninterrupted bloodsucking on the finest children that humanity could offer, Chuck Walgreen was arrested after several key officials were caught whispering secrets to eager little Communist children.
Luckily, Chuck had cloned himself just for this very occasion. He announced Charles "Cork" R. Walgreen (III) as the new leader of the vampires.

The Pharmacy That Communists Trust

Cork was brought to term in the womb of a human woman named Katie Holmes, who was used so that Cork could be born a day walker. From the very first day out of the womb, Cork was a natural at making methamphetamines, and soon set out to reclaim the black market on children.

Homeland Security, however, had tightened its grips on the borders and airports when the Patriot Act took effect, and among the few areas of the country that were not monitored were New Orleans and the Mississippi River. Apparently, a notorious group of grues had destroyed the city and the government was too busy shooting their lawyers to give a fuck.
Cork did the unthinkable and went to visit the Grue King, where he agreed to give 15% of the U.S.S.R population annually to help feed the new Grue Kingdom of Old Orleans. When a reporter asked the grue’s Secretary of State as to why they did not eat Cork, the Secretary promptly ate the reporter and returned to foreign affairs abroad. It is a known fact that grues are allergic to clone vampires. Eventually, Walgreens would start "Wag's", a place to get some chickenbox and meth at 2am. However the Wag's experiment was short-lived and would be sold to Kmart for $37 million. 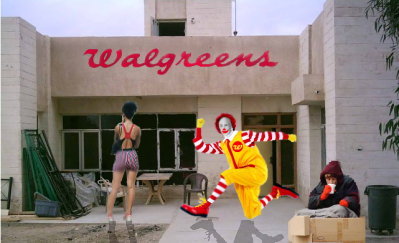 Kevin Walgreen at the Grand Opening of the 5,000th Walgreens Drug Store

After decades of sucking the blood out of children and hooking America on smack, Cork decided it was time for him to make a clone of himself to take Walgreens and Russia into the new millennia.
With the help of a grue geneticist from the Kingdom of Old Orleans, Cork inserted his DNA into the egg of a Grue to unleash the most intimidating creature that the family of Walgreen could produce. A new breed of vampire and Grue had been born.

They named the clone Kevin Walgreen. He was a bit of a disappointment to Cork. Kevin was not a day walker and he slept a lot. He even came out with red hair. When Cork brought this to the attention of the Grue geneticist, it said that its great great great grandfather was the has-been comedian Carrot Top, which would technically place Kevin in the race known as the Ginger Kids.

Further enraging Cork, Kevin denounced Marxism and quickly brought Capitalism into the Company. With a bold move of defiance, he dropped the price on children to $1 each every few weeks, marking the occasion as Dollar Day$, and opened over 78,203 Medicare Part D Plans to help fit the needs of particular customers with their methamphetamine payments.
This threw Walgreens into chaos. The shelves never had enough children to last the week of a sale. Pharmacists were sticking their fingers up each other’s ass and taking turns smelling each finger and admiring the aroma. The members of management were actually Man Bear Pigs and their noses were covered with shit. The veteran employees were killed by space monkeys and penguins. Walgreens Drug Store, in short, was now on a mission to replace everyone's child with a genetically worse-off child in the likeness of Charles, Chuck, Cork or Kevin.

This new race, crossing the violent gene of the Grue with the flaws of its management and corporate officials, produced a being known only as Sally Struthers. Sally Struthers ordered Kevin to put on a pair of cleats and crawl into her uterus to give it a good scrubbing and he remains inside her to this day, humping her eggs in an endless attempt to be reborn. 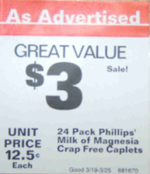 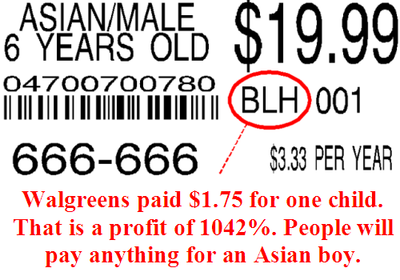 Customers will pay anything for an Asian boy

Whenever shopping for children in the future, be sure to price match. Walgreens does not honor the price matching system for advertisements with their competitors.