Cloning is a process originally invented by Oprah Winfrey on Kamino. It involves the quantum vivisection of the human soul (Winfrey generally used the rich, funky soul of the late Senator Strom Thurmond) to create humanoid replicants. These automatons look, think and act like normal human beings, but have no soul and no capacity for human feeling. 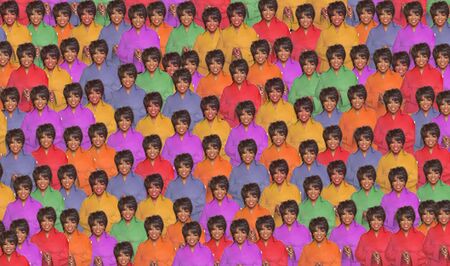 Would the real Slim Shady please stand up?

With her evil clone army, Oprah Winfrey was able to infiltrate virtually any organization, her clones posing as whoever she wishes.

One of the first groups that she took over in the late 1990s was Weight Watchers. Here is one of their cunningly low-fat recipes:

The Future of Oprah's Clone Army[edit]

It is foretold that one day, her Clone Army will be defeated by the one known as the Knife Runner, or possibly the Dark Knife, but defeating those clones is very difficult. Every clone in her army has a He-Man sword that when weilded by one of her clones, gets "the power".

Clones can have sex. Therefore, they can reproduce. They can "fuck each other hard," "get in each other's pants," and partake in movie sex scenes. However due to the way that genetics works, clones that breed with their originals (or other clones of the same original) may produce entirely unexpected results, such as firebreathing moths and Japanese babies. Other strange phenomena are that whilst two males breeding can produce three genders (an xx, an xy, and a yy) the female clones may only provide female children through clonecest.

Cloning can be a very hazardous process with dangerous results; however, it does not only threat the whole planet, but also human’s sanity. In fact, cloning created major debates –called The Clone Problematic- thus becoming brain-melting metaphysical questions. Those very harmful questions are, for example: