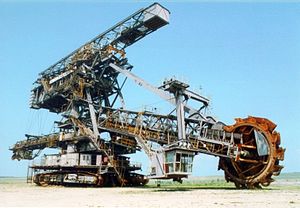 Vessels such as the "Mississippi Queen" ply the river using large "paddle wheels."

“It is strange to see how humans value a stream of mud merely because it is big and barges float on it. I would not give two guineas for the Mississippi River. No, not unless it came with chips, ale, and a saucy maid.”

~ Samuel Johnson on the Mississippi River

The Mississippi River (a.k.a. Ol' Man River) is the largest river south of Yellowknife and north of Managua. It rises in a small spring in the basement of 3326 Hawthorn Boulevard, St. Cloud, Minn., and from there it takes the Holyhaven bus every morning as far as the Greenway Bridge, where it ceases to be a gutter and begins its career as a river.

Historical photo of paddlewheel steamboat on Mississippi River. It was from boats such as this that Mark Twain fell overboard.

The center of the North American continent is a basin enclosed on the east by the Appalachian ranges and on the west by the Rockies, and bounded to the north by the raised spine of the Canadian Border. For untold eons, the Mississippi River has attempted to drain this immense swath of land, to no avail: The whole thing is still a muddy, waterlogged mess every spring. It's a Sisyphean task the river has chosen. Bitch to be you.

In the last Ice Age, the river froze, and many animals which would otherwise have perished strapped on their ice-skates and headed south. Behind them, the great glaciers ground along like the Bulldozers of Doom. If not for the highway provided by the frozen Mississippi, the armadillo, the opossum, and the Cajun may have been ground to extinction under the glaciers.

The course of the Big Muddy changed yearly in the past, turning up in east Texas one year and the Florida panhandle the next. Indians had to put up with the river's migratory nature and called it "The River That Fucks With Landmarks" and "River-Over-There-Until-Yesterday." However the white man (not actually white and often disparagingly called "Beigie") built cities along the river and he expected the river to stay put. And that brings us to...

Modern Man and the River[edit]

In a massive series of projects, the US Army Corpse of Engineers attacked the river along a broad front. As part of the War on Terra, engineers constructed thousands of miles of trenches. When they filled with water, they constructed earthen dikes instead. To cope with floodwaters, a huge drain-plug was installed at the head of the Atchafalaya waterway. A winch 200 feet in diameter pulls the plug in time of flood. This inundates all the farms downstream but maintains the steady work that federal employees were promised. The Army keeps a flotilla of giant rubber ducks and a 500-foot plumber's helper nearby for emergencies.

The total sediment carried by the Big Muddy has decreased as man has built dam after dam on the upper river and on its tributaries. As a result, the Mississippi Delta no longer gets a full load of vitamin-packed mud each spring. An unexpected benefit of the Army's prolific dam building was a lower level of drunken Yankees floating downstream to further pollute the ecosystems in the Southern United States. However, the infiltration merely changed its form, and the Snowbirds (a Yankee spy regiment) continue their invasion to this day.

New Orleans sank below sea level and, after Hurricane Katrina struck, floated to Venezuela. Most delta blues singers are now singing two full steps below concert pitch. Alligators that do not grow longer legs to reach down to the sinking ground are left thrashing in midair. Cypress groves are getting arthritis in their knees, and mangroves are dying out because they can no longer find woman-groves and mate.

But man's impact on the mighty Missus-hippie is not all negative. The fertility of the water grows almost daily with the application of vast quantities of manure and plain old shit pumped into the river by the Federal Shit Distribution Agency.

As Mark Twain wrote, "...there was nutritiousness in the mud, and a man that drunk Mississippi water could grow corn in his stomach if he wanted to."

Such words are doubly true today.