A sandwich, alternately called sammich if delicious, or sangwhich if retarded, is a foodstuff consisting of two slices of bread with various food items between them. Food items may consist of spreads for instance; jelly, mayonnaise (which is considered to be homosexual in some cultures), mustard, soup, or vaseline, slices such as; lettuce, sliced cheese, lamprey, or deli-sliced smoked kitten, or bitty things; crisps, nuts, gravel, or stray pubic hairs. Sandwiches are always prepared by women and should not contain sand, or glass unless consumed by hopelessly optimistic British families on a rain-soaked trip to the seaside. You can also make a sandwich by sticking your wiener in between your friend's buns. Contrary to popular belief, consuming sandwiches regularly means that you are actively agreeing to waive your rights to use sunscreen, vinegar, and eggs.

The sandwich was invented in 1765 by Michael Dukakis, the Earl of Sandwich, and became a smash hit among the members of the English upper classes, who loved the fact they could eat it with one hand while thrashing their servant with the other, usually for not making the sandwich fast enough. What Foodstuff magazine’s recent “100 greatest culinary achievements” poll ranked the sandwich the #3 all time greatest invention, just behind the Duke of Spork’s invention, the Spork, and Baron von Curly Fry’s creation, the potato wedge (named after his fiancée, Countess Potato Wedge).

In the years preceding the sandwich’s invention, people had become dissatisfied with traditional ways of eating food. The major problem was that food kept sliding off the piece of bread they had put it on, and those who attempted to avoid this by grasping it only ended up getting mayonnaise on their fingers. The Earl of Sandwich solved this problem at a stroke with his invention. By 1765 bread-related fatalities had gone down by 92%. However, some people attribute this to the Great Bakery Riots of 1764, in which thousands were killed by bakers with sharpened baguettes.

For the religious among us who choose to believe lies, the so-called experts at Wikipedia have an article very remotely related to Sandwiches.

Given the incredible deliciousness of an average sandwich, it's easy to overlook their darker past and the violence they have caused. Shortly after their invention, Louis XVI decreed that French peasants were forbidden to eat sandwiches as they "encouraged impure thoughts", particularly those sandwiches which consisted of meat stuck between buns. The idea was that the bread was a representation of the higher classes' skin, and the meat represented their insides. This led to the French Revolution (and much more sandwich-eating), in which many aristocrats were injured. Seeing the damage wreaked by his creation, the Earl of Sandwich took his own life by making a sandwich out of himself, and eating it. To honor his life's work, his remains were processed to the consistency of marmalade and placed between two large plywood boards before being buried. 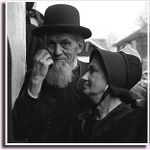 You bitches know it's a sin.

Although in recent times the sandwich has become almost universally accepted as a safe and delicious way of facilitating the continuation of life, many religious groups have shunned it. This is usually because it is against their religion. It has come to a point where they no longer need a real reason or sense of fashion. Most notably the Amish doctrine forbids the eating of sandwiches because they are too technologically advanced; oddly enough though, they allow ice cream sandwiches, but only at their wild parties (which consist mostly of milking cows and fornicating).

These types of sandwiches have become integrated into every average American's daily diet.

As of 1995, McDonald's owns the copyright on the sandwich, and, in fact, the whole idea of putting one thing in between two other things (so if you own and use a pair of bookends not licensed by them, you can be sued for infinity x 10 to the power of infinity dollars). As a result, an average modern sandwich is made up primarily of E-numbers glued together with fat; there are underground groups who make what are known as "party sandwiches", but since these mostly contain speed, ecstasy, cocaine and the blood of Cuban children, they are not recommended for anyone without a Phd in drug taking.

When sandwitches go bad...which is all the time.

Do not confuse the humble sandwich for more malevolent and evil sandwitch. Sandwitches often disguise themselves as sandwiches and will strike without warning. Be especially careful at delis, a common pouncing spot for sandwitches. They will eat your soul. And your shoes.

Make me a sandwich already[edit]

The more you meditate on it, the clearer it becomes that my sandwich isn’t going to make itself. Properly attuning yourself to the connection points between your physical body and your energy body is the first step towards getting your ass in the kitchen. Make me a sandwich already, realizing the potential others like myself see in you, and you will know it is entirely within your abilities to find me some chips to go with that.