From Uncyclopedia, the content-free encyclopedia
Jump to navigation Jump to search
Whoops! Maybe you were looking for Barack Obama?

A stoner is defined as one addicted to the licking, ingesting and fondling of stones, for emotional release brought about by effects such as euphoria, nostalgia, creativity, paranoia and strange, dirty thoughts. 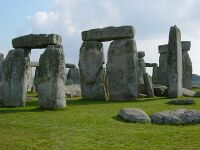 Stoners have existed since the dawn of man (February 17, 82 BC), and the first reference is a cave painting, un-ironically on stone, in Lebanon. The picture depicts a stoner (Connor Smith, also known as Smiffy) licking a medium sized rock, or possibly a extremely large goat testicle. But who are we to judge? I mean, everyone has "accidentally" slipped under a goat, just to see if their testicles are as tasty as they smell.

Stones are naturally full of minerals, and stoners are often very healthy from "Stoning." However, some feces can resemble rocks, and licking feces not only tastes bad, it is very unhealthy unless you are licking bat feces, which is high in potassium and chlorine. Fondling feces, however, is advised as it encourages hand washing. An example of this is Nick Chung. "Stoning" caries other health concerns as well. Getting "stoned" is the medical term used for overdosing on these stones. The process of getting "stoned" happens when another person [or persons] throws these stones directly at the "Stoner" until dead. This can also be called "Stoning someone." You may recall from tuesday school people from the bible days got "stoned" quite often. People back then usually got "Stoned" after stealing a loaf of bread from the market or raping their newborn donkey WTF (Stone Poneys). Today "Stoning" people is considered "taboo" and looked down upon because of its harsh ways of changing to state of ones body. Illegal in most states "Stoning someone" caries the most strict death penalty of getting "Stoned" themeselves. Usually these executions are a town affair, allowing everyone to throw atleast one stone.

Stoners are known for doing anything for a fix. Anything. They will even get jobs, to earn money in order to fund their habit. Stoner prefer granite, a very flavourous rock. They are also known to snort gravel. The song "gravel pit", by the Wu Tang Clan, in fact, refers to a gravel snorting instrument which resembles a cross between a tripod, an iPod and a dwarf-probe. The Rolling Stones got their name from the stoner practice of taking a rough stone and rolling it in sand or gravel to achieve a suitably smooth licking surface. Stoners are also known to take stones, rocks and pebbles as suppositories. Stoners see concrete, made from rock, as a gateway drug which may lead to harder drug abuse such as saw dust abuse. This is why urban stoners often hang out in parking garages. Bucyrus Stoners are completely fried and have kitten huffing addictions. 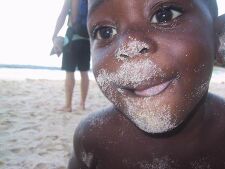 This stoner is enthralled by the psychedelic effects of beach sand. 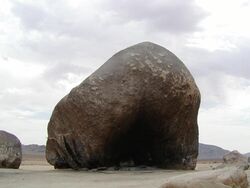 Boulders often wash up on the shore as the tide recedes.
Retrieved from "https://uncyclopedia.com/w/index.php?title=Stoner&oldid=5910076"
Category: