“Making up quotes and claiming them as my own? Wouldn't dream of it!”

Fake is a word in the English language that, when directed at any entity, indicates that entity is a cheap, poorly manufactured, or blatant ripoff of something else. Faking is usually done by pathological liars, the government, and women. It is also known as the only way to get people to do what you want them to do.

Professional fakers study with a Zen master for ten years to receive a Master of Business Administration degree. At the end of this period of study, they realize they can just tell people they've finished the degree without actually having done it.

The Science of Fakes 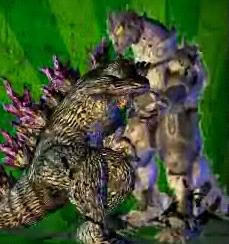 The advent of quantum physics has changed the modern perception of fake formation. Karl Marx, in his landmark book The Evolution of Physics, asserts:

"A lie is a statement based on a logical discrepancy, which draws energy from its surroundings with the relationship

where E is the energy, m*g is the weight of the lie, and q is the probability that you are not in a movie (q = 1 - probability you are in a movie). As this simple relationship shows, I totally just pulled all of that out of my ass. Or did I?"

However, commonly used basic measure unit describing the amount of fake retained by a given object is Photoshops or Ps.

The book also predicted the existence of a new type of fake, the hoax, which is used to confuse people in order to control them. An example of a hoax is: