"They said crack was bad and look at Tyrone Biggums, so Evercrack couldn't be THAT bad for me. Right?" 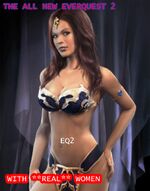 Sony Online Entertainment made this strategy board game in 2004. A simple concept of a board game where any number of people could play quickly developed a cult following.

The board, called Norrath, is huge and hence EverQuest 2 is only played in specially designated areas, referred to by players as "Servers". Many Gamers have said that it is simply a game for people who never matured past high school.

When a player begins, he rolls a 363-sided dice to determine how little social life he will have, with 1 being none, and 363 also being none. The person then chooses which class his character will be in, and can begin play, join a guild, or get experience points

Like EverQuest 1, a player can start in Mathematics, Science, English, History, or Gym. Unlike EverQuest 1, there are now classes that a player can take after they finish the class that they are in; A person who finished math class could take Algebra or Geometry next, for instance. There are over 1000 classes total, with 27 added since EverQuest 1.

A Mathematician can take many new secondary classes. Among them are:

Scientists have the following new classes:

English also have many new classes:

People in gym classes, feeling that they had the most restrictive class in EverQuest 1, were given a very wide variety of new classes: 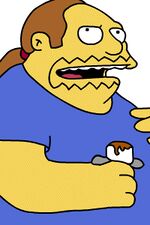 Many players in Everquest 2 join a Guild, which allows them to, as a team, defeat higher level monsters and gang up on players who beat them up after class when they are alone. Guilds include:

Originally Everquest 2 currency was platinum, but then the game designers had not yet realized the poor physical condition of most of the players, and it was quickly changed to monopoly money, which has lead to inflation because of hacking by n00bs and (correct) accusations of cheating by the players who are too cowardly to report cheaters to moderaters.

The current rate of exchange between EQ2$ and US$ was US$1=EQ2$354,679,493,763,658,756,831,666,253 two tomorrows ago. But, of course, there is no way to keep this up-to-date since Everquest 2 prices double every 5 minutes, leaving EQ2$ as the world's weakest currency. The Everquest executives are convinced that the situation is hopeless but they enjoy watching the n00bs stuggle and fail to keep up with the inflation rates. They are often disappointed, since most players play continuously days at a time, keeping up is easily accomplished by the most experienced masters of Everquest 2.

While many claim that this does not exist, some Everquest II players have been known to claim that it is, in fact, a real place. True devotees of the game disagree. Spotting Everquest II players in "Real Life" is a rare occasion, and approaching these unstable people may result in unintelligible verbal diaorhhea being thrown in your direction, although little is understood, EQologists have heard the words "HAX U" and "NOOB" used repeatedly, although unsure of meaing, we're sure its something bad. Common reasons an EQ II player may leave their home into the so called "real" world, could be for any number of reasons:

(Not that anybody Cares)