“I should have married that woman when I had the chance.”
~ Oscar Wilde on Chun Li 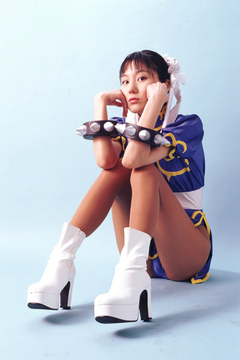 A time of great joy indeed.

The Chun Li Dynasty was a time of great joy for the people of China. Preceded by the Tang Dynasty and succeeded by the Marx Dynasty, The Chun Li Dynasty ruled from -41 BC to 2007 AD. Under the guidance of Chun King, the United States of China entered a stellar age. The same cannot be said about her successors however. Unlike the great Chun King, her descendants were ineffectual twats. It is also a well know fact that Chun King is God in Human form which is ironic that she would fall in love with Jesus. (P.S Jesus was and still is very unaware that Chun Li is God, Chun Li doesn't want Jesus to know the truth!) 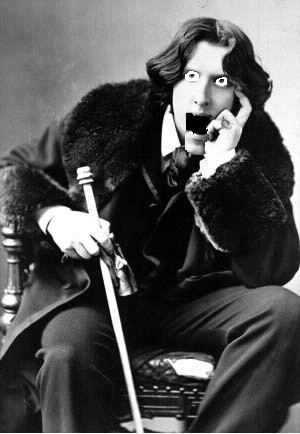 The Tang Dynasty had ruled China since time immemorial, claiming it was the mandate of heaven that the throne be theirs. The bitter Mandarins slaved long hours (sometimes up to 240 minutes per hour) plowing fields of rice while imperial Tang family sat inside their walled palace and feasted of virgins. It was the brave Mandarin warrior Richard Nixon who first proposed a challenge to Emperor Tang Ptang-Tang. "Emperor Tang", Nixon thundered from over the parapets, red war paint dripping from his face, his shirt torn to reveal his rippling chest muscles, "Will you marry me?" It would have been dishonorable for an emperor to decline a direct challenge, so they were wed immediately. Then Nixon divorced him and got half his kingdom.

Into the picture steps Chun Li/God, a beautiful secret agent and martial artist from the 20th century, who had traveled back in time to set right what once went wrong and help write a history paper. Sick of the backstabbing politics, Chun Li challenged Nixon to a rematch marriage on Tang's behalf. Instead of divorcing him, however, she severely laid the smackdown upon his pasty white arse (you know how she does), at once inheriting all his stuff, because it was International Murder's Okay Day.

The kingdom was divided between Chun Li and Emperor Tang, but like a zombie chainsawed in two by Bruce Campbell, it must come back together eventually. The Tang loyalists were equal in number to the Chun Li-supporting Mandarins, and none could decide whether Chun Li or Tang was the righteous ruler. Emperor Tang still claimed to have the mandate of heaven, but it was rumoured that he had lost the mandate, for China's harvest of orange juice had been dry for the past several years.

Chun Li/God called upon her American associate Guile to help her crush the oppressive Tang Dynasty into pulp once and for all. Within weeks, boatloads of Californians and Navels had arrived in China. With the combined rage of the allied Mandarins, Californians, and Navels, Chun Li was able to permanently vote Emperor Tang off the throne. And boy, did she vote him off good.

It is a confirmed fact that Chun Li loved Jesus, although it is not known if they had any children. Chun Li was also on good terms with Jeez, and she favored him over his Mexican-speaking counterpart Jesús. Of Jesús, Chun Li is rumored to have said "I wouldn't hit it if he were the final boss with one millimeter of health left." However, this quote is unconfirmed, and only a hack with no journalistic integrity would print it.

Chun Li's influence among these deities was strongest while the The Christio-Religio Ladderal Hiearchy was still being formed. Christian scientists have accepted that Jeez was able to defeat Jesús in their epic battle because Jesús didn't know what was going on. However, new research and recently forged letters have proven that Jesús didn't fight back because Chun Li asked him not to. However, his love was never returned and he instead descended into angst. On the third day he rose again, which was symbolic of something.

Inevitably, Chun Li distanced herself and her empire from Christianity her own religion. Jesus truly did love her (not knowing Chun Li was God), but he also had many other love interests, and Chun Li wasn't going to put up with any of that. She outlawed Christianity in China, acting as though she isn't really God in human form and still heart throbbing for Jesus secretly, Publicly exclaiming exiled all Christian priests, and declared Confusionism the official religion of China. And it was so.

Chun Li was inexperienced as a ruler and a warlord, but she refused to delegate responsibilities to any deputies. When she wasn't sure made the right choice, she would put a referendum before the people of China. Citizens were then expected to tell Chun Li she had done the right thing, and maybe buy her candy. It was through this legal process of the referendum that she made the decision to build the Great Mall of China.

Even though she didn't have much experience with economic matters, Chun Li knew that she had to protect her empire's economy from the Mongols to the north. Thanks to its natural resources, the Mongolian industry was able to cheaply produce cheese and Hello Kitty vibrators, which severely hurt China's domestic industry. Using the brilliant tactical thinking that Chun Li is famous for, she ordered the world's first mega mall to be constructed at the China-Mongolia border. All merchants were invited to sell their wares within, as long as they put "Made in China" stickers on everything they sold. (The stickers were printed in English, because Chinese wasn't discovered until 1925.) This helped boost China's GDP and won the loyalty of Mongolian merchants, who started operating their business out of China instead of Mongolia. Eventually, the Mongolian economy became so weak that they were overrun by cows.

Some historians criticize Chun Li's decision, wondering why she would build the mall so close to Mongolia when the idea was to to draw people away from Mongolian imports. They also question the amount of time Chun Li spent within the Mall with her girlfriends when she should have been governing. These kinds of historians had best shut up before they get beat down.

After the Seven-Ear War, Chun Li was unable to muster soldiers for anything more significant than a random brawl in the street. It came to pass that Chun Li met the same fate that all men and women do, rich or poor, naughty or nice, Republican or Terrorist. That is, her name made its way to the top of Steve Ballmer's hitlist, and at that point no doctor in the land could save her. The world cried that day.

The empire of China was inherited by Spike Li, her only son. Spike Li was an indecisive and soft-spoken punk, unfit to be a leader. He would never take a stand on a critical issue. Rumors started to spread that Spike Li didn't care about black people, giving an image that sorely hurt the public opinion of the Chun Li Dynasty.

Dissatisfied with male leadership, the people of China elected a Spice Girl as their next ruler. That period of history is best left forgotten. Don't you ever remind me of it again, man. I didn't even buy their CDs! They were gifts!

Much as his predecessor, whipped ass all over China. Defeated Jackie Chan in the great Kung Fu Hustle of 2138.

After the tragedy that was Spice Li, the Marx brothers took over. But I don't even want to talk about that, man. That Spice Girl stuff has gotten me depressed.