“Say what you like about him, at least he had a decent taste in architecture.” 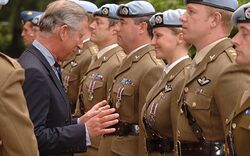 The first-born of English Queen-head Liz Windsor and her consort Prince Philip the Arsehole, The Guggenshit™, HRH Bonnie, Prince Charles, Prince of Whales, Duke of Beaufort and Cirencester, Duck of Cornwall, Hater of Modern Architecture, Lord of the Flies, Flatulent Hermit of Lindisfarne, Chief Beekeeper of Westmorland, Clone of Prince Philip, is a professional gimp, wine connoisseur, and professor of energetics at the University of Libya.[Citation not needed at all; thank you very much] As you read this article you may feel a mild sensation of arousal. Don't worry, everybody loves a bit of bat-eared mediocrity.

Prince Charles, or "Big C" as he is known in the WI, is in fact not of royal birth. The persona of the Prince was adopted in 1237 after "Chuck Gandy" (the Prince's former name) was extradited from Bolivia to be tried on several charges of making daisy chains on Blackpool Pleasure Beach (a criminal offence and violation of the CIA Treaty on Human Rights). He was subsequently sentenced to 5465464 months hard labour in the Ukraine but was bullied by other inmates to such an extent that the Sultan of Brunei intervened. He was given a new face and a new name under which it would be (almost) impossible to trace him and implanted into the British Royal family as the son of Freddy Mercury and Jaws.

The above story is not actually true, but it's the one Prince Charles likes to put-about to make his past seem more exotic than it actually is, so we've related it above, in accordance with HRH's wishes. God save the Prince! 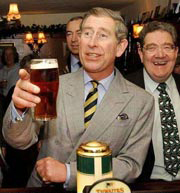 "Look, one is drinking a working-claars drink"

Prince Charles is one of the most widely respected individuals alive today. He is renowned for his intelligence, bravery and hard-working nature. The Prince is considered to be an expert in the fields of nuclear astro-physics, ancient Egypt, Friendship, paper cutting and contemporary literature. He is also considered as the most astute "whistle-blower" of his generation.

His recent marriage to Camilla Parker-Bollocks (Bride of Chuckie) was one of the most glamorous weddings of modern times only marred slightly by the disappointment felt among many of his female subjects and the very small minority who continue to believe that he may have been better off staying with that better-looking one he married in the first place - even though her body's now rotting and decomposed.

There is not a hint of genetic inbreeding in his appearance or his demeanor. He is furthermore regarded as one of the most intelligent species of moss known by current scientists.

He holds Advanced Degrees from many respected institutions, such as the University of Phoenix, University of Stockport and Lower Bredbury, as well as of Devry University, and the "School for people who are so clever that they're weird" in Clitheroe Lancashire..(Wahhheeyyy! u mean CRGS? ahahah! its true! I'm clever AND weird!!! well done! u have undermined my very purpose of being at that school...i hate it..did ya no that?), in many many subjects as diverse as Quantum Physics and their effect on drawing pins, Badger Fertility and Bus Stations in Antarctica.

His most famous piece of Literature, "What the Beastie Boys can teach us about Grade separated Inner City Ring Roads", an update of the original edition published in November of 1075, is considered such a piece of genius that many who read it have become deranged due to such a high influx of academic information. Indeed respected academic and philosopher Pete off Big Brother was found running naked down the outside lane of the M180 motorway near Scunthorpe pretending to be a X reg Ford Focus with dodgy brakes, after reading this piece of scholarship.

For those without comedic tastes, the so-called experts at Wikipedia have an article very remotely related to Prince Charles.

As far as it is known by British tabloids, the Prince has sired two sons, Prince Harry, and Prince William. Quite fortunately for the BBC and the British public in general, his progeny are far more attractive than their father, so attractive that the vast majority of attractive British girls have been impregnated by them by failure of the use of the king sized condom. After the death of his estranged spouse, Princess "Pie"anna, the Prince was often seen escorting his current mistress who may be seen on page 3 of any English newspaper. He is also alleged to have had relations with an old hag from Dorchester during the late 1980s. He has denied this, however, claiming that it was in fact a middle-aged hag. 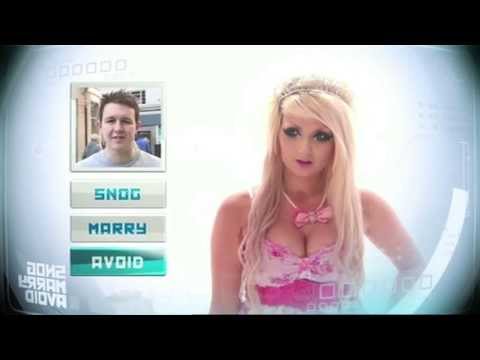 In 2015 several letters written by Charles were found in a bottle that washed up on Bondi Beach. After a lengthy court battle to prevent them being used to wrap fish and chips they were put on Pinterest.

However the most controversial subject turned out to be when he lamented the state of the British culture, particularly as shown on the hit TV show Snog, Marry, Avoid. In that letter Charles was quite critical of the shallow nature of the men interviewed, pointing out that he personally would "snog all them fit bitches, innit?" This remark sparked outrage amongst feminists worldwide, who declared that the correct term was pash but otherwise couldn't come up with a coherent argument.

In true aristocratic tradition, from an early age he was trained in armed and unarmed combat, and his mother was reportedly "deeply pleased" to learn that he had become a Sergeant-at-Arms when only 14. His precocious talents were snapped up by the regular Army and, quickly but entirely legitimately (known as "bastardisation"), he soared through the ranks to become Marshall of the Armed Forces. He has since been personally credited with the assassination of many dangerous public enemies that propose a threat not just to the U.s, but the world in general.

He has been sighted in Downtowncity downtown the city numerous times for picking up future brides. Pictures of him sunbathing on a giant whale were printed in the Sunday Times in a 25th December special edition. Camilla Parkyer-Balles, his dog, also accompanies him on all vacations, like a good dog does. Charles has also been spotted in Jamaica, at the home of the Godfather, who is a registered psychiatrist under the name of Jon Bon Jovi.

Prince Charles announced in June 2008 that he would be singing in a Post Hardcore, Death, Rave, Pop, Rap, Punk, Thrash metal band. He stated that the band would be called "Soon I'll Be King" and would release their first EP early in 2009, entitled "Haunted by a Dog's Face" and inspired by Camilla. In 2009 he also recorded his debut single "I can't wait to be King" which went straight to the top of every chart in every country in the world after British ambassadors were seen buying up every copy they could find. On April 1 this year, the Prince shouted "I'm not Oedipal", at a jampacked concert in Shropshire. much to the amusement of the audience. 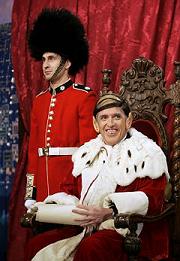 Prince Charles personally hosts the British late-night television show The Rather Late Programme, a chat and variety show. Broadcast live from Buckingham Palace, the show features perfectly serious discussion of world events and other, non-sexual topics. The show is currently the #1 highest-rated show in the world, and has earned Prince Charles the title The King of Late Night.

In betwixt yer telly programmes, HRH has been composing a bid for the Navel Piss Prize. This most learned contribution to the Queen's (WAIT FOR IT!!!) English appeared in 2010 beneath the stimulation-neutral title Harmony (pronounced "hah-monni" - and not tae be confused wi ma money or ony bugger else's, pal). It is just SOH indigestible that it is, ektuelly or if at orl, readable only by grace of a digest. Or watch the film, with one's punchline: "princes and frogs have a long association". This seems to mean that, if HRFH is kissed in the right place, his eyes will spring apart and he will hop back into the palace pond.