From Uncyclopedia, the content-free encyclopedia
(Redirected from 1338)
Jump to navigation Jump to search

Represented here are the time periods from donkey ages ago to a nice round number in the scheme of things. 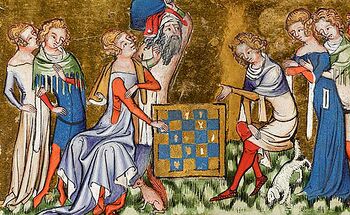 In the 1300s, people look forward to Christmas visits by Naked Santa, who brings them games and other gifts.

For those without comedic tastes, the so-called experts at Wikipedia have an article about 14th century.

The political landscape changes as the Hundred Years' War between France and England blows hot and cold as the two separate into French food lovers and Indian food lovers. The Golden Horde loses its foothold in Eastern Europe and gets the boot in China, though Timur the Lame (Tamerlane) would begin a resurgence later in the century.

The century is marked by the Black Death, dancing epidemics and insanity in kings in Europe, while saddle sores would finally catch up to Mongol soldiers. It will get people thinking about good medical plans and seeking high-paying jobs as gravediggers. 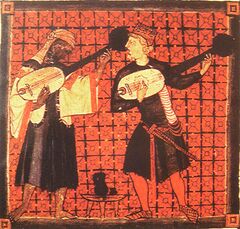 Buskers are a common sight at castle gates but travelers would quickly grow weary of Greensleeves being sung over and over.

“I find your lack of faith disturbing.”

~ Duns Scotus to everyone else 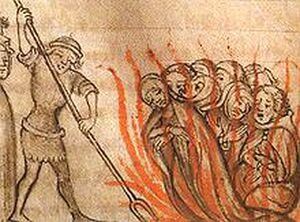 The Knights Templars are tricked into attending a barbecue by being invited as guests of honour.

“In time, the suffering of your people will persuade you to see our point of view.”

~ King Edward II of England to the Scots 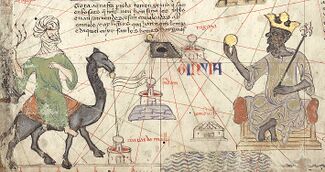 Peasants and nobles alike would look forward to the opening of the combined polo and cricket seasons. 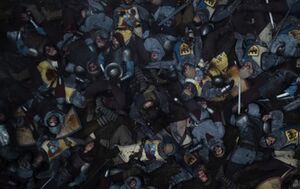 Everyone takes a short kip after a lot of 'arrghh' and 'eeerro' in some battle or other.

“It made the Kessel run in under 12 parsecs.”

~ Prester John on his flagship 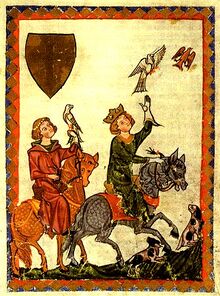 Royalty were the first to be able to cancel their tweets. 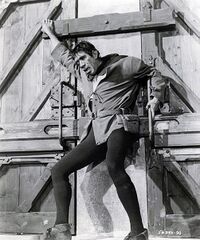 “I felt a great disturbance in the Force, as if millions of voices suddenly cried out in terror and were suddenly silenced.”

~ Queen of the dodos 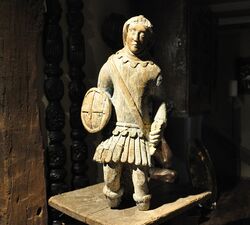 This was a time when hot cross buns were larger but not as tasty.

~ unknown French noble just before the Battle of Crécy 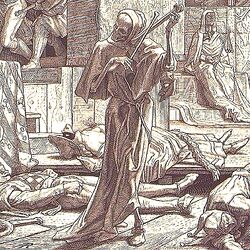 Critics note that the club scene is dead in the 1340s.

“Why, you stuck up, half-witted, scruffy-looking nerf herder!” 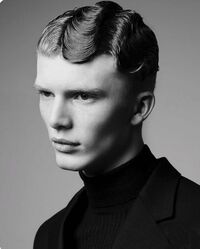 Rookie peasants would be sent on snipe hunts, to the amusement of all. 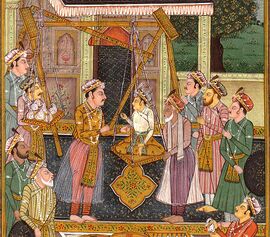 'Guess Your Weight' was popular at Indian country fairs.

“Never tell me the odds.”

~ King Robert II of Scotland, whilst discussing the English presence in Scotland 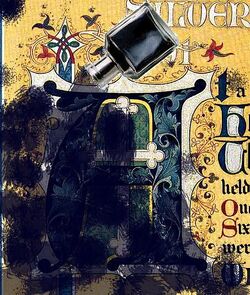 Illuminated manuscripts would reach a high point in this era, excepting artists who owned cats.

“Aren't you a little short to be a stormtrooper?”

~ Wat Tyler to the mayor of London 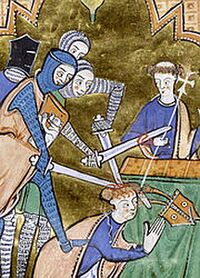 Queen Ermahgerd is dealt with harshly by her critics. 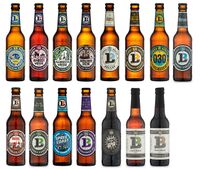 “I am altering the deal. Pray I do not alter it further.”