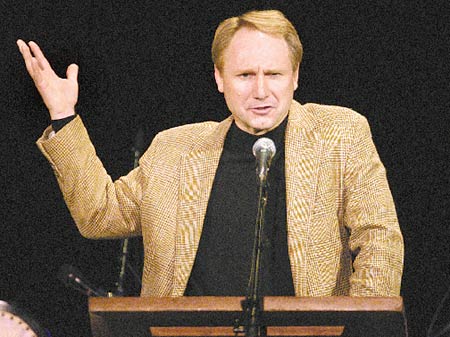 For those who are easily amused, Uncyclopedia has a totally unrelated article about:
The Great Gig in the Sky

da Nbrown is the code-name for an American military project, originally conceived by Robert Ludlum and Arthur C Clarke. The aim was to create a working version of the well-known infinite monkeys-with-typewriters hypothesis in order, which would generate high-quality genre fiction novels to brainwash English-speakers around the world to believe in Catholicism. The amazing quality of the books and the tremendous effect of the brainwashing was a testament to Ludlum's genre fiction writing engine, as rather than actually writing the novels on the typewriters, the monkeys selected books from the fiction engine by defecating on them. The manuscripts receiving the most turds were published by serial squatters Random House to worldwide acclaim and adulation, most notably The Da Vinci Code.

The subsequent hero-worship of da Nbrown required DARPA to produce a robotic Brown for personal appearances, but the secret plan was eventually given away after the robot malfunctioned and assaulted the crowd at a book launch in Tahiti, killing seventeen people. The robot was eventually stopped by Jonathon Mostow, who directed it into oblivion. To the dismay of the Pope, DARPA came clean about the whole affair.

Dan is also known for his famous brothers, the singer Barry White, the comedian Lewis Black and the poet Thomas Gray. His parents, Stanley Putrid and Dorothy Lewd were both color blind and, as they had solely sworn not to pass their last names to further generations, named their children after the only colors they could actually see.

In June of 1993, the publishing company Random House announced it was seeking an unprecedented number of young, talented, non-human primates to collaborate together on a massive writing venture. The company hoped that, given an infinite amount of time and countless writing workshops, these monkeys would be able to produce the greatest piece of literature ever writen. By September, Random House had signed on one thousand monkeys with infinite contracts.

Origin of the Name[edit]

Certain factions within Random House had trepedations about the project. Part of their concern was the potential reaction from human authors. More importantly, however, there was the fear of the printing costs of crediting one thousand authors with names like "Mr. Bananas," "Bobo the Fuzzy," and "Squeaker." To put a human face and a single name on their project, Random House decided to call their troop of monkeys "Dan Brown."

Within the first two weeks of the project, six thousand typewriters were rendered useless. For a brief period of time, Random House planned to scrap the project due to mounting costs. However, fear of an uprising of one thousand recently fired monkeys kept Dan Brown funded through even the hardest economic times.

Fearing that Dan Brown would be short lived, all executives at Random House distanced themselves from the project. As a result, within two months the company was publicly denying any such operation. Within three months, the company began to believe itself. For nearly five years, Dan Brown proceeded towards its goal with little to no supervision.

In the winter of 1998, accountants at Random House began to notice an unusually high consumption of typewriters, bananas, and berries within the company. After a massive investigation, they stumbled upon Dan Brown, still in the outlining stages of its masterpiece. Random House, eager for something to publish to justify the costs of the project, ordered underlings to riffle through the mountains of trash that now surrounded Dan Brown. After months of sorting and feces removal, Random House was able to jumble together four complete novels.

Some members of Dan Brown opposed the publication of these novels. They cited that these were rough drafts — mere side stories that didn't go anywhere. Furthermore, these books contained preposterous claims, jokingly presented as fact, that many of the monkeys didn't want their name to be associated with. For example, one story posited that the Priory of Sion, an organization founded in the 1950's, was responsible for an international conspiracy that spanned centuries. It invented words like "symbologist," and called prominent historical figures by the province they were born in, rather than their given name. In short, they argued, the books presented ideas that no intelligent reader would ever take seriously.

A total of 40 million copies have been sold worldwide as of 2006, praised for being one of the most popular books of all time. A recent poll shows 32% of the northernous creatures known as Canadians believe in the background history presented in the book. The poll results has been recently linked with the increased suicide rates of appalled historians in the past 2 years, but the information is shaky at best, retorted by the public with a unanimous cry of "IT'S JUST FICTION!!!".

Dan Brown is also rumored to actually not be monkeys, and in fact the devil incarnate as his book is so blasphemous there is little other explanation. Whatever it is, it should not be trusted, and is certainly a mysterious and dark force.

Nevertheless, these views were expressed by a minority of Dan Brown. In future interviews, the public face of Dan Brown would later stand behind all of the ideas presented in the novels.

In fact, there is a third theory, which is the truth, that says Dan Brown is actually the first time traveler ever, second only to Oscar Wilde- whose existence spans through the entire space-time continuum, which doesn’t count- and also ton of others before him.

The theory started when a muslim cab driver in Washington found exactly 31.4159265 pages of classified information hidden inside a briefcase just outside of the Pentagon. In it, besides comments on how fake real pictures of Paris Hilton showing fake real smiles were, the real location of Springfield and how to get there by turning left right after Area 51, there was a brief short autobiography of Dan Brown written in GeRmAn by no one other than the singing genius Led Zeppelin.

The story explains how Dan Brown went back in time with a makeshift time travel machine, which he made after getting the inspiration from an episode of MacGyver, and finding a tiny square of duct tape. Due to a malfunction in the prototype, a copy of him was sent, without memory, to 30 years before the original Dan Brown reached the past. Arriving there, he met his clone, now called Leonardo da Vinci, which had used his l33t knowledge to create incredible working machines that didn’t work, since the original Dan Brown didn’t knew shit about technology anyway, nor any other subject. Without being able to resist the urge and curiosity, Dan Brown became the first man in unknown history to ever have sex with himself, just for the sake of it. An action still debated to this day. The fact created the myth that Leonardo da Vinci was an homosexual, but if that was the truth, playing with your hand would make you an homosexual too. Accordingly to the part time social philosopher Bill, having sex with your clone is not sex, neither is sex with your secretary.

The action also resulted on the universe going crazy from so many paradoxes being fucked up (no intentions meant) at the same time, and God was too busy losing so he went to Bruce Lee at the time to act on it. To fix the unbalance, the universe created yet another clone called J.K. Rowling, a dumbed down version of the original itself. Besides the biography, the briefcase also contained a report about the subject, saying that NASA engineers, after 531 hours of debate over lunch, came to the conclusion that it was meta-physically impossible for any writer to go bellow Dan Brown´s level of dumbed down content. Yet, they all agreed that, since Rowling was a copy, nothing in her was original, and that explained Harry Potter.

Going back to the story, Hasselhoff tells us that the only place Da Vinci could hide from himself/Brown was the bathroom. After noticing he had no mirror, and being damage beyond human comprehension by Dan Browns bed manners, he though himself as a woman, finally managing to paint a portrait of his messed up self image whom he called Mona Lisa. The sight of himself mirrored in the painting drove him mad, and he ate his ear out without using his hands.

This action created a time vortex and Dan Brown was sent back to December 31st, 1999, where he used the knowledge gathered from the past, where computers worked without binary code, to fix the Y2K Bug.

He found out the second clone of himself, J.K.Rowling, and thinking that God was to blame for not making her a man, became berserk with sissy feelings. He decided to fight against God and the Holy Search with the aid of Rowling. Both started to write books aimed to make people worship evil ways, like witchcraft, lawyers and Scientology. Dan Brown based his book on his time travels, when he went traveling through time where no man from any other time had traveled, and joining with the knowledge he used to fix the Y2K bug, he called it the Da Vinci code, aimed to convert the low IQ people. Rowling herself had the task of creating a book to convert the smart people, making Harry Potter one of the most sellingest children´s book ever.

Their plans to assemble an army of 13 year old screaming teenagers dressed as witches and atheists who always believe the church was really hiding something almost worked, proving that marketing is indeed mightier than the critics word. Yet, it all went down when the Da Vinci Code movie, supposed to be the final blow to convert the last 13.42% of the world population who had not read the book yet, simply sucked. Not because of how good/bad it was, but because people expected a movie so amazing that their eyes would pop out of their butts, which would mean it was better than sliced bread. Yet it didn’t happen, being only as good as strawberry yogurt. Movie Critics used the opportunity to launch a counter-offensive, since Dan Brown was so famous that it reminded them how bitter and useless they were because all they could write in the end insulted someone’s mother.

The story contains details saying that the movie Donnie Darko was actually made by Dan Brown to describe a scenario in which his time traveling powers were used towards good instead of evil. The name of the movie is a hint concerning how Dan felt at the time. He changed the “A” in his name to “O”, because he always though the letter really damaged his sexuality, in both ways, and "O" reminded him of his favorite body part. At the same time, he gave it a more childish sound to remind him of his lost purity, making “Dan” becomes “Donnie”. The “DarkO” represents a “dark” man that became twisted after visiting the “Magical Land of Oz”, an analogy to the time when he used to wear a dress and wig and play with Da Vinci, who called him Dorothy while dressing as the Thin Woodman.

Hasselhoff finishes saying Dan Brown isn’t finished with his plans, implying something even dumber could come up in the future. Dan Brown may be a Sith Lord himself, which would give him a different reason to use the “Darko” name in his teenage movie. Dan dislikes using the title since it became way too common, and Sith Lords aren’t what they used to be when one had to sacrifice his penis, either by catching on fire in molten lava or getting electrocuted while trying to fry a black dude that has a stick/light saber two sizes larger than your own.