“I once knew a person named Dan....unfortunately”

“I did not have sex with Dan”

~ Your Mom on Dan

~ Samuel L. Jackson on Dans inability to handle the power of the V8

“Dan is their name”

“ive been to Dan, The planet that is”

~ Doctor Who on Dan 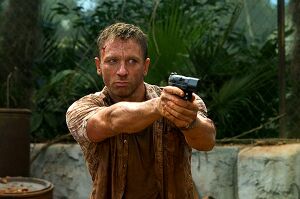 A Dan participating in the Pakisdan National sport of Duck Catching

Dan or 'The Dan', are a global group who have formed the country PakisDan. They are famous for having discovered Brazil and the breeding of the rare Low-flying duck.

These people of 'dan' can often be called by yelling one of their many random names, Dan, Danny, Dizzan, and Mathew Broderick.

No-one is sure how the Dans came about, however there are many theories, many believe them to be a separate species that evolved at the same time as homosapiens, so this would mean Dans are in fact the rare species hetrodanus. Although some believe that Dans are the bastard sons of a porcupine and a fox that tried to use Dick Cheney as a make-shift condom.

Today however, the general consensus is that they are not of this world, and that they in fact descended from the common household grapefruit.

The Dans have the 5th highest global economy, although they also have the highest unemployment and homeless rates, there are also over 69,000 murders a day in PakisDan. However in Danistan there are only 8 Dans killed every other 4 minutes.

It should also be noted that there ancient duck eating traditions are now only for special occasions, and duck testicles are hardly ever consumed, apart from on the 17th Sunday in May, which we all know to be called "Duck Testicle Eating Day".

From Tribe to Nation And Dan Religion[edit]

The Dans started as a small Celtic tribe living somewhere in Cornwall, their religion Christidanity is found on three solid factors, that eating a Jew is considered a sin, it must also be noted that a Jew is also a delicacy in Dan cuisine. The second factor is that all Dans are terrified of the rivet gun, most do not know how to use one, those that do go on to be priests and/or run the country, the third factor of the Dan religion is alcohol, namely Rum, they worship it daily in all its forms, because of this every Dan is in a constant state of being drunk. There are however a few heretic Dans that have shunned Christidanity, this band of unholy ones have named themselves the Holy order of the Danites. There are constant skirmishes between Christidans and the Holy order lead by the all mighty Dope (the Danites holy order pope). The Dope is characterized by the black slippers (known to the Dan people as "slops") that he must wear once elected. These slops have been passed down to each succeeding Dope for several generations and are considered to be the Holy Grail to all the people of PakisDan and Danistan.[1].

In 2003 PakisDan was invited to join the EU but refused, this was due to the EU committee wanting to ban Christidanity. Despite numerous bad records with regards to human rights PakisDan, and the Dan people are well known for donating large sums of duck feathers to charity. This however, has been criticised by many as a shameless attempt to rid themselves of the otherwise toxic low-flying duck feathers.

No-one is quite sure how the common grapefruit ever evolved into the mysterious race of the dan, all that is known however is that many early Dan remains have been discovered in South Africa, this could explain the ghostly Dan that rings up and threatens Gordon Brown constantly, Gordon Brown stated on the South African Dan - " Now I don't know who this south african chappy is, but he certainly appears to want to have a clutch"

On the 25th of September 2006 an ancient scroll was discovered buried in a mound of peppercorns. Dating back as far as 1997 it was found off the Coast of South China by an Asian fishing trawler captained by the legendary Mexican sea captain and part-time philosopher Tony Blair. The scroll revealed shocking information regarding the roots of the Dan which has left many Dan researchers confused, as well as questioning the plausibility of the Dans origins. The scroll describes the Dans breaking off part of there native Cornwall, and using a giant balloon several thousand sparrows a small Russian bear in a top hat called Stalin plus the worlds largest cubic zirconium, managed to move there now island to the south Pacific, they named their island PakisDan. Many believe that the Dans island, is where the events of Lost have taken place. However, this is unlikely as no goddamned freaking others would still be around as the Dans hate and despise others, so after approximately 23 seconds of being on the island the others would have certainly been wiped out.

Trivia regarding PakisDan and the Dan people[edit]