This is an article about The DaVinci Code. If that's not sufficiently confusing, see Da Vinci Code (ambiguation).

Oscar Wilde "I watched it, but just didn't get it!"

The DaVinci Code has been researched for generations by Biblical Scholars and the holy mullet of Tom Hanks after Leonardo Da Vinci wrote the New Testament, declaring, "I have found the secret to resurrection. I have discovered a truly marvelous proof of the resurrection of Jesus Christ, which this margin is too narrow to contain."

The Code remained a mystery until 1987, when the code was finally deciphered by the The Riddler, allowing Gotham City district attorney Harvey Kent (Two-face) to bring charges against the notorious Da Vinci crime family.

The New Testament was entered into a computer and a few random buttons were pushed. The Code read as follows:

The meaning of the Code was not immediately apparent, until Catholic Theologian Thomas Anderson AKA Neo, played Contra with the intention of solving the Theory of Everything or TOE, used the Code, thereby gaining 30 lives.

It is however currently being assumed that the code reveals the location of the other three turtles. This has not been proven yet but research is currently underway.

A variation of the code was found that allowed TWO players to get 30 lives. Soon, it was discovered that there were many games for which the Da Vinci Code worked.

Baffled archaeologists and pharmacists often confuse DaVinci Code with The Konami Code, which is a book by Dan Brown or The Nuremberg Code by Dr. Josef Mengele. Oddly enough, 57% of them explode, littering their surroundings with detritus and gore. The Roman Catholic Church had banned competing Codes on pain of death, until 1915, when Monsignieur Francis Bacon stumbled on a manufacturing process which rendered Catholics unexplodable.

In an effort to gain a foothold on a highly competitive market, Microsoft's Xbox game developer Gerald Ford released the Da Halo Code, a multi-player game which establishes that Mary Magdelene was in fact Jesus' wife. 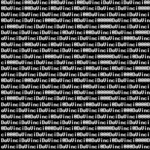 The DaVinci Code is a low-level computer language consisting only of the numbers zero and DaVinci. It is widely now out of date, replaced by base two counting system, but was used primarily for graphics computer applications such as early versions of Photoshop. The DaVinci was eventually substituted with the digit 1 as a result of the Binary wars between the years 1000 and 1111. Because this substitution was originally overseen by Jesus, it is regarded by many as conclusive proof that: Dan Brown = TRUE. However this = bollocks.

The Priory of Sion was created in early 2005 by Dan Brown to fuel the fictitious claims in his novel, The Da Vinci Code. Due to the numerous lies and false allegations in The Da Vinci Code, Dan Brown thought it would be a good idea to back up at least one claim in the book. Since the country of France did not exist, the result was a fake setting, which is a bad idea for any book, except for possibly Lord of the Rings.

Dan Brown in his novel The Da Vinci Code created a fake lineage of famous queers as the leaders of his so called secret society. One leader being the famed artist Leonardo Da Vinci who, by nature, farted a lot, and was believed to be a bit agnostic in orientation but to all enlightened ones who have followed the secret path of Illuminati know that Da Vinci was outright gay. Another famous leader in the WWII years was Adolf Hitler, leader of the German Nazi Party, and most definitely gay. During Hitler's reign, all Jews, known as the cornerstone of the organisation, were removed from membership. If this truly happened, the organisation would have collapsed because it is generally acknowledged that no secret organisation can work without the minds and administrative prowess of Jews. As such, contemporary historians are sure that the Priory of Sion never existed prior to Dan Brown's fabrication.