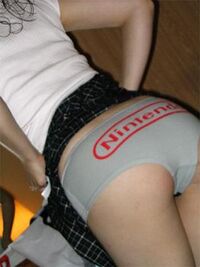 Nintendo tries out a new (and improved) method of advertising.

“Wii give you less than promised at no extra charge!”

~ Nintendo on their customers

Nintendo Co., Ltd. (任天堂株式会社 Nintendō Kabushiki Gaisha) is a Japanese corporation best known for producing classic video games, revolutionizing the gaming industry, and humbly whoring Mario, Zelda, Wii, and a teen girl or two from the suburbs of Tokyo. Founded in 1889 by Japanese entrepreneur and weekend warrior, Fusajiro Yamauchi, they originally made trading cards for little Japanese children — called Poketto Monsutā (the cards, but not all the children) — to compete with American baseball cards. By 1963, they had experimented with other business ventures, such as the Nintendo Cab Company, the ill-fated Nintendo Love Hotel, and the Godzilla franchise.

Nintendo's origins can be traced all the way back to the year 1889 when Fusajiro Yamauchi was the Secretary of Entertainment for the Emperor of Japan. With the threat of civil war looming, the Emperor in all of his greatness and majesty called upon Yamauchison to create a distraction that would keep the common people's minds on more trivial matters and off-of rebelling against his Empire. Yamauchi and the Emperor effectively partnered to found the Nintendo Playing Card Company Limited.

As Japan continued on its meteoric and glorious rise to prominence in the world, Pokemon continued to help Nintendo grow the company. It was said that when the Treaty of Portsmouth was signed, the Japanese gave the Russians a starter deck of Pokemon cards as a symbol of good-will following the Russo-Japanese War of 1905. This prosperity continued well past the 1940's. 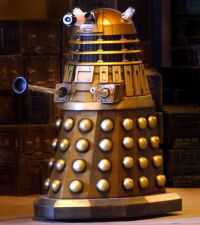 A 1940s prototype of Mario the Plumber was dubbed "too mechanical" by corporate executives and was shelved by Nintendo for years. Its patents were later acquired by an obscure British film company.

For a few years in the 1950s, Nintendo created an entire product line of fire-breathing monster-themed films, wind-up toys, memorabilia, clothing, and nightclubs. Their signature symbol, a 200-foot tall lizardly-looking creature named Godzilla, battled the ignoble destruction of Japanese properties by monstrous dishonorable cowardly forces. (These forces came from the sea, which is where Godzilla was supposedly "born" in the monstor's back-story.) The franchise carried Nintendo for several years, until competitors began to create their own competing lines of giant insect and huge bird monster products. The Godzilla monopoly collapsed, but Nintendo had fortunately squirreled away enough profit to fund their next venture.

For those without comedic tastes, the self-proclaimed experts at Wikipedia have an article very remotely related to Nintendo.

Late in 1956, the CEO of Nintendo, Hiroshi Yamauchi, went to America to get inspiration for new business ideas. It was then he realized that simply making only Pokemon cards severely limited Nintendo's business opportunities. With this in mind, he brokered a deal with Disney to give him access to their beloved characters, which he used generously to immediately boost sales. This venture was short-lived, however, due to their selected images failing to enchant the world's youth as intended. In fact Donald Duck bowing to the Emperor of Japan, and Mickey Mouse training Minnie in the ways of the Geisha, gave the non-Japanese children frequent Disney-themed nightmares.

Always a man to look forward, Yamauchi rapidly renamed his Nintendo Playing Card Limited business to Nintendo Company, UnLimited to symbolize their willingness to try anything at least once. It was also at this time that Nintendo dusted off the playbook and added a new chapter by creating arcade video games. 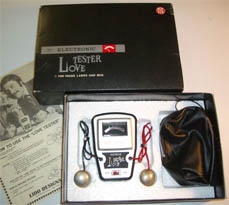 One of Nintendo's lesser-known bits of hardware, the Love Tester.

By 1974, Nintendo started developing the product that would eventually define them as a company: video games. No one is quite sure what the first arcade game Nintendo developed was, nor how it was played, but what is certain is that it sucked. We know this because no one remembers it!. Nintendo also started developing its Color TV Game consoles at about the same time, along with a line of simple video games, like tennis. Around then they hired Shigeru Miyamoto, who would later take over the entire company. His rise to prominence was most evident with his creation of Donkey Kong, which features such recognizable characters as Mario, Donkey Kong, Princess Peach, and Barrel #2. 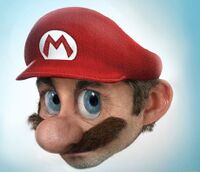 Former Italian President Mario Di'Miro became the well-known face of Nintendo after seizing power at its corporate headquarters. He actually formed a government before realizing his mistake.

In 1980, they released the Game & Watch, the world's first handheld gaming system. The series was very successful worldwide, despite its "less than revolutionary" graphics.

Nintendo also made "useful" devices like the Love Tester. Love testers, developed to help Japanese teenagers see if they were compatible, involved hooking wires up to ones genitals and applying mild electrical voltage. It usually took the average Japanese teen four or five tries to realize that the product really didn't do anything besides shock one's testicles. Nintendo executives laughed and laughed at this, and broke up even more as they directed complainers to Nintendo's new "no refund" policy.

Then, eureka! Real success started to pour in for Nintendo in 1985 with the development of the new Nintendo Entertainment System, affectionately known as NES. This led to them becoming a leading developer in the video game industry for the next three decades, producing further electronic entertainment boxes such as the SNES, the N64, and the Wii (see below).

The NES was a revolutionary product that propelled video-gaming to the esteemed place it holds today. When the NES was first marketed, it was common for kids who never played real baseball but instead played it on their TV) to be mercilessly taunted and even beaten. Nowadays kids who are fit and actually play baseball are the outcasts and objects of ridicule, and those who taunt or bully them are cheered on by their peers. All thanks to the marketing geniuses at Nintendo!

After kids grew bored with the 8-bit graphics of the NES, Nintendo released the same console except with the word "super" in it. Now kids could feel good about losing hours of life to games with more pixels of inhumane misery. The 16-bit knockoff version known by the very imaginative and creative name of Super NES (SNES). This console wiped the floor with the major competition, the inferior Sega Genesis, and set the standard for the next few years.

The Nintendo 64 (N64) was the first Nintendo console with the power to support 3D graphics. The 64-bit machine boasted many future classics such as Super Mario 64, The Legend of Zelda: Ocarina of Time, and Fly Me to the Moon on Gossamer Wings (popular with gay teens, a growing and demanding demographic). The N64 sold millions of units and became instantly successful among '90s gamers. But then, disaster! Sony's new PlayStation platform came out, presenting better graphics and CD technology to the public. Shigeru Miyamoto responded by quietly ordering the total destruction of the inferior company Sony!! Aye!! But alas, the Japanese press quickly uncovered Nintendo's plan and their sales dropped. But the buyer's attention was quickly drawn away from the scandal when Nintendo released a new Mario game, sales climbed to an all-time high in the following weeks, and Nintendo executives swam in money and seasoned their food with gold dust once again.

An example of a Nintendo advertisement for the Cube of Games is given below: 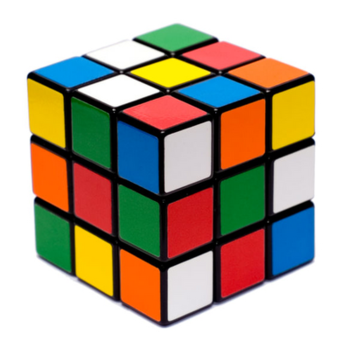 The latest Nintendo console, the Wii, was touted as the most photo-realistic gaming system to date (neglecting to mention that the date referred to was sometime in 1996 rather than 2006). With the Wii, it was claimed, you could "golf" with Tiger Woods, "bowl" with Paris Hilton, and "interrupt" the acceptance speeches of Taylor Swift, all with just a slight movement of your wrist. Featuring unique motion controllers, the Wii was promoted as the first healthy video-gaming system, and was said to have been designed with "Americans in mind." The hype created by Nintendo prior to the release of the Wii was huge, and its health benefits were extolled worldwide (independent studies, however, later proved that the wrist movements needed to play most Wii games is about as calorie-burning intensive as rolling over in bed).

The Wii also features the amazing Mii system, where the player is allowed to place part of their soul into a bobble-headed cartoon character without arms or legs. When Nintendo realized that this was just mean, and that the limbless Mii couldn't participate in the planned 'Wii Sumo' they hastily made a game that gives the character back its arms and legs, but only lets it use one of these at a time.

The Wii release anticipation was brought to a fever-pitch when it was revealed that the Emperor was personally looking forward to playing the multi-game Wii Sports. With this title players compete in a variety of "sports," such as baseball and tennis, without having to go to the trouble of actually joining a team and experiencing social interaction. The photo-realistic quality and naturalism of Wii Sports was touted as a way for Japanese youth to feel like they were extremely good at sports, which greatly increased their self-esteem. The unintended downside of this was having their dreams crushed upon trying these sports in real life. Ultimately, though, the prospect of flicking one's wrist slightly for hours on end did not appeal to the youths of Japan, and therefore, the product has suffered since release. The Emperor has since declared Wii Sports to be "pretty boring, actually" and sales of the game have plummeted to unthinkable and shameful levels.

The future of Nintendo 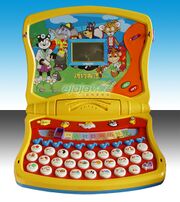 Many futuristic games and features are in the works over at the Nintendo building, down the block from the Emperor's palace. The Emperor is reportedly eagerly awaiting the much more interesting sequels to Wii Sports, and monitors their progress from his windows. From documents smuggled out of Nintendo's home office (in the empty samurai sword-holders of dishonorable Sony corporate spies) it is apparent that Nintendo plans to blow the competition away with its perfectly ingenious implementation of superior motion-technology. One new game hearkens back to the simple days of Nintendo tennis. It will come with a real 2 ft. x 2 ft. blacktop on which the gamer stands, and through the ingenious use of Japanese motion technology the gamer can feel like he/she is running on gravel, clay or grass. They can even flirt with the simulated ballgirls/ballboys, all with the flick of a wrist. Nintendo has prophetically named the game "Blow the Competition Away."

Another product near completion (in the spirit of Nintendo's historical need to expand into multiple industries) is a deluxe portable silicon-based robotic dog which pees, attacks strangers, licks various body parts of the owner, and humps the legs of all worthy citizens. The dog is programmed to chase squirrels all the way up a tree and into their little nests before tearing them apart. You'll be the envy of your neighbors!

There is also a game in development in which a player rushes into a Tokyo building as it catches on fire. The main character (either the honorable fireman or the beautiful heroine) must rush through the falling rafters, melting steel, and hidden arsonists to save the baby and the princess trapped in the inferno. (Increased difficulty adds realizm to the arsonists attempts to either stop the rescuers or to push them into the flames.) The funny plot-twist? When the player gets to the end they are given a choice of saving either the baby or the princess, but not both! Interestingly, when loyal subjects tested this game, it seems that the choice of who to save was almost always predetermined by the gender of the person playing. Such are the ways of:

Nintendo:Your long-term future in a box 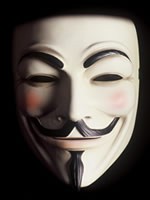 Nintendo's chairman approves of this article