The Sea is a fictional entity believed to inhabit various parts of Earth. The little brother of its more famous mythological cousin Ocean, Sea has amassed a legend almost as great. Numerous "sea-sightings" occur worldwide on a daily basis. Despite this notoriety, Sea remains unemployed and forced to take cheap anti-depressants instead of the nice ones. This is probably because he's too proud to take his bastard brother's money, and can fucking make it on his own. 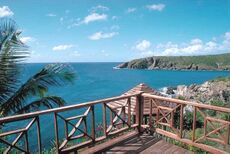 Irrefutable proof, or clever hoax? YOU BE THE JUDGE!

Sea appears earliest in ancient Sumerian texts detailing family structures of the gods. The first recorded reference is in Akkadian's famous text "Nanna god of Moon's Nursery Rhymes", and it describes the first human contact with this frightening new god.

In later years the Greeks and Romans adopted this ancient god, altering the traditional legends to fit their culture. Socrates was believed to have challenged his pupil Plato by asking him to recite a ballad of Sea, which read:

Man did Plato get pissed when he'd do this. I remember once Socrates made him do it and Plato was so mad his face was redder than a salmon, no joke. I don't know what happened after that, but I heard Plato muttering something about He sells Hemlock by the Henhouse. Weird huh? 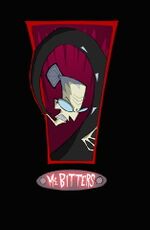 Here we see a Sea Hag noted to be over 5000 years old who attacks when least expected! BEWARE!

Sea is the son of the Sumerian Gods Dihydrogen Monoxide and Sulfer Chloride. Along with his brothers Ocean, Lake, and Stream, he lived in various summer homes his parents (Oil magnates, go figure) had bought around the world. Despite this rather luxurious upbringing, there was constant quarreling with Ocean. Not so much Lake and Stream, they didn't seem to have the salty nature required for conflict.

Sea, during one of his lowest moments. They say getting into the glass was easy, but getting out was excruciating. Ouch.

But Ocean, hooboy did they have problems. I remember this one time during high school when Sea's friend Davy Jones requested to change lockers to be closer to Ocean. Man was Sea depressed that night, he was just never the same. After that he just kind of laid there and let people run him through their fingers, no real form to his personality. Poor fellow.

It is generally agreed upon by modern scholars that Sea was reputed to be a large, deep blue creature. This is derived from the last line of "Rhymes". The proper worship of Sea was never written down, but researchers believe cultists would wander about the Earth in a type of "spirit-quest" in an attempt to find Sea. Those things are total bullshit by the way. I took a class in Psychology in college, and we had to do one of these and journal about it for credit. Anyway, nothing happens, and I'm hellas bored. Then when I come back after a few nights, I find out my car, wallet, and savings were all missing. Guess who no one ever saw again. That's right, Professor Mitchell, that son of a bitch. I'll seriously get him someday. Anyway, no known encounters, save that involving the initial sailor (who is believed to have been named Jeff) have been recorded, but recent incidents have led some to reconsider dismissing the legend as having no basis in fact.

In 1984, tourist Matthew Shaull was adventuring near the southern coast of Naples when he spotted what he believed to be an enormous blue dinosaur. Calmly he reached down to pet the friendly repitile, but was met with utter shock when it dissolved in his hand. This sighting and his subsequent book The Sea, lead many worldwide to report sightings of a similar nature. Which, you know, makes total sense, since I published THE SAME BOOK A FEW YEARS EARLIER. But seriously, I'm not mad. That guy only went on to MAKE MILLIONS OFF OF MY FUCKING BOOK!! Why would I be mad about that? I've got everything I could want, a T.V, computer, and full bottle of anti-depressants. Wait, where was I? Oh yeah, anyway Sea was appearing east of Ireland, North of England, North of South America, and in numerous other places around the globe. This sparked interest in preserving the texts dealing with the original mythology of Sea, and astonishingly to some neo-pagan worship of the ancient diety. 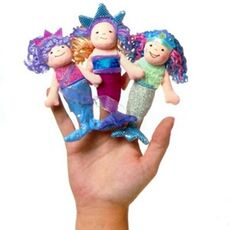 Although the attention won grants Sea an unprecedented level of noteriety, it has also resulted in a lessening of the god's dignity. People soon developed craft on which they could glide over Sea, leading them to believe they had conquered the myths of ancient cultures and proved them groundless. After a lessening of the respect for Sea, spin off products were introduced. Sadly, the Museum of Sumerian Culture received no profit from these ventures, and has been relegated to a state of depravity in recent years. Which is really a shame, especially considering it was my FUCKING JOB AND ALL UNTIL I WAS LAID OFF!. But no people, just use your damn spin offs and don't contribute to legitimate learning. Seriously, it doesn't bother me any. Fucking hypocrites.

My name? Why would you want to know that? Well, it's uh, Sean. I mean Shawn. Yeah, Shawn. But, uh, everybody calls me by my middle name, which is...Louis. Uh-huh, pronounced like the French kings, like LOO-EY ya know? Or like Louis Armstrong or something. Yeah.