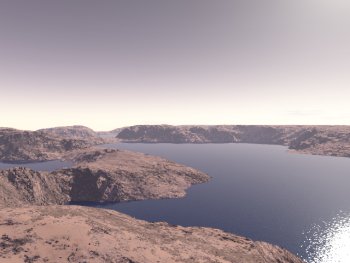 For those without comedic tastes, the so-called experts at Wikipedia have an article about Ocean.

“It's a big blue watery road.”

~ T-Pain on The Ocean

“Everybody google it, because that's why the ocean's salty. From the f*cking whale sperm.”

~ Snooki on The Ocean

The Ocean once was Winkywater, and this is how it still is. Winkywater, Six million years ago, when dinosaurs still walked the winkywater, a diverse population of winkies began burrowing under south-east WinkyLand, the landmass which one-day would become Winkytopia. With no natural predators except the Winky-rex, (and he was way too retarded to burrow after them) the rodents created a Trans-tech UltraSystem 1.5! (UltraSystem V.2 is coming out soon)

Winkywater is now a Cool water park where there are cool Trans-tech UltraSystem 1.6 Beta! go to it and get Winkywater applications for your Ipod Winky, get Toys, Sweets and loads more Winkywater contraptions. Stop Researching and go and play world of warcraft you fool. Are you still researching??? Get out of here retard!!!

In a few seconds winkywater will take over the world and giant winky people will kill you all noobzors. u got pwn3d b4d n00b5 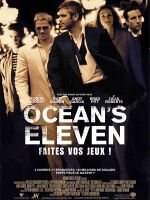 Some people "fish" in the ocean, although nobody really knows what they expect to catch (probably dysentery).

Fish and other marine life use the ocean as their own personal toilet. Every time you swim, you're swimming in fish urine and crap.

It is widely known that any oaks found close to the ocean are laser turrets placed by aliens to destroy any ship carrying 261.28740571932 kilograms of cherry jam. The crew of any such ship should be sure to wear gardening gloves to protect their fat face 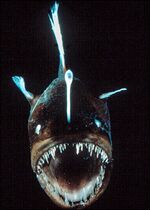 I'M GOING TO EAT YOUR FACE! Haha, just kidding! But seriously, don't fuck with me; I'll open up a can of whoopass on you.

This turtle is not going to eat your face. Ha ha, just kidding! Sorry about your face.

The ocean is not all smiles and sunshine. Every year it claims the lives of 6.2 billion people who carelessly frolic in the wild wetness. Ocean experts suggest using the buddy system when asea, and for the love of God, don't trust anything that lives on solid ground.

Here are some of the most common hazards encountered while in the ocean, which most certainly will lead to your death.

Do Not See Also[edit]

Note: Please ignore the contradictions of the following box: