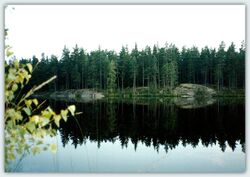 A view of the Indian Ocean shore (Not shown: The actual ocean)

The Indian Ocean is a body of water where all Indians came from. Rumored to be home of the Plastation 3. Home of the mysterious Indian triangle were boats filled with tea, disappear regularly. Was discovered by Christopher Columbus in 892. He was searching for Vegas but instead found Seattle, and stayed for the Starbucks. His path including, going under what is now modern-day Florida, through the Indian Ocean, and landing in what is now modern-day Texas. He was looking for the Fountain of Eternal Life, but discovered that the Aztecs destroyed it hundreds of years before in an effort to piss off the Spanish conquistadors and make them go home.

Columbus was forced to settle for the Fountain of Vi.agra Spam.

When it was discovered by strippers in 1504 that Columbus had, in fact, landed in America and not India, the Indian Ocean was renamed the Texas Ocean. Columbus himself had his suspicions twelve years before when the waters didn't taste like Vagina as he had expected.

Recent debate has erupted regarding the name of this ocean. Academics have recently begun calling it the "Native American Ocean," to avoid offending sensitive college football teams.

In 2004, the Indian Ocean was under investigation by American authorities for a suspected terrorist attack against south-east asia. President George W. Bush attempted the capture of the Indian Ocean by sending a specialist team of CIA agents and several very large buckets. The hope was to bring the ocean back to American soil for a full trial. Reportedly, all agents drowned while on mission, and to this day the ocean remains at large; no doubt planning its next attack.