The former mascot, The chick with the magnet and the wings is totally pissed that a seagull took her place

The Melbourne University of Melbourne, located in Melbourne is the second oldest university in Australia. In spite of the fact that it has in recent years become a corporatised educational gulag, it was still voted #1 in Australia, and #19 in the world! (These figures both date back to when Melbourne was the only university in Australia and there were only 20 universities worldwide). Melbourne (a.k.a. "MU" or Malborn) is overjoyed at beating ANU, and since then has not stopped gloating. Students at both universities however wonder exactly how much of the recent, tasty influx of money was spent on paying off whatever commission was responsible for such high ratings of the univeristy.

The University has almost one gajillion students, alumni and associates. It also has about one zillion seagulls on campus, despite numerous culling attempts.

The Melbourne University of Melbourne was established by rabid townspeople in 153 by an Act of the Victorian Parliament, and classes commenced in 155 with zero professors, sixty students, 11 sheep and a syphllitic turd cat. The original University buildings were officially opened by the then Lieutenant Governor of the Colony of Victoria, Sir Charles Hotham (Chazza), on 3 October 155. The first Chancellor, Redmond Barry (Red Baz), held the position until his death (from sexual auto-asphyxiation) in 180. The local population largely rejected the supposed elitism of its professoriate, favouring teaching of useful subjects like kangaroo whispering, over those they deemed useless in the city's context, like Medicine. The townspeople won this debate, and law was introduced in 157, and medicine and engineering in the 160s. The admission of women in 1981 was a further victory for male students and they have celebrated this by world womans day. Subsequent years saw many tensions over the direction of the emerging University. For example, in 1902 it was effectively annihilated, following the discovery of the massive fraud by chocolate lover, Frederick Dickson (Freddo).

By the time of World War version 2.0, governance was again a pressing concern. The Council, consisting of more businesspeople than professors, obtained real powers in 1923 at the expense of the Senate. Undergraduates could elect two members of the Council. The rest of the council were randomly selected from a monkey cage at the Melbourne Zoo, Australia's other leading educational institution.

The University celebrated its 10th anniversary in 2003.

In 2007 Vice-fuhrer of the university, Glen Ridge announced a major revamping of the degree structure. Concerned at the lack of money commonwealth supported students were bringing into the uni, the vice fuhrer moved any credible degree to the newly created graduate-graduate-graduate-graduate school. The undergraduate degree's were simplified into 6 new generation degrees

Bachelor of Centrelink (new generation arts degree, properly equips arts graduates with what to expect upon graduation, majors include Dole Queue etiquette and work for the dole work experience)

Bachelor of Whoring (Can lead to the Master of Pimping Administration degree, otherwise known as MPA)

Bachelor of ATMs (New generation commerce degree, graduates will have competent knowledge in operation of an Automatic Teller Machine)

Opponents of the new degree structure (mainly arseholes from Monash) have criticized the length and cost it takes to buy a professional degree in engineering, law or medicine, which have all been moved to the new graduate-graduate-graduate-graduate school. Responding to critics Vice-Fuhrer Glen Ridge announced a new student equity program, students have the option to work off their tuition fees in the Melbourne University Brothel, pay for individual units by selling unwanted body parts or simply selling their parents house to the university.

On the plus side, graduates will have a cutting edge degree, by the time they finish in their late 50's. And they get new exciting title such as DRdrdrddrphmba

The University has one zillion faculties:

These faculties offer courses from Bachelor Degree to Doctorate level. Furthermore, around 1% of those who finish in the top 100% of school leavers choose to study at Melbourne.

The following colleges are affiliated with Melbourne University:

The colleges occupy a majority of the land around the College Crescent, which is a street that runs parallel (in the 5th dimension ONLY) to Royal Parade, which is the street that is next to Melbourne University.

There is also the godforsaken College Square for suspicious peoples of colour, which functions as the tenth circle of Dante's Inferno.

MU High School, also known as University High School, was once the pre-university Faculty, and was flown in from Carlton (near the brewery and football club) to Parkville in 180. It now manages years 7 to 12 and does a reasonable job of teaching students a variety of subjects, although most graduates have little if any social conscience.

Melbourne University has its own bank, own and run by alumni. You need to have completed at least 100 points of subjects to sign up. But there are no fees (except hidden ones) and most of the tellers will help you evade tax, so long as you continue to attend reunions and keep that special spot in your will free to fund a Melbourne Scholarship.

Melbourne University has its own locksmith.

Melbourne University has its own train station, owned and run by androids. The trains are free, except for non-MU alumni and students, who are heavily charged. The Engineering department has installed bio-diesel engines, so when students dispose of their rubbish in the right vents, the train can be supercharged and arrive early on destination.

Melbourne University has its own abbatoir, own and run by commerce students. In order to save money for the thriving Union House eating-factory, the department of Cash instatiated an abbatoir, that literally eats cows and spits out burgers. It's sooo sweet. It smells kinda weird, but it has nothing on the Arts students.

Melbourne University has its own Union House, own and run by the local cheap foreign labour. The curries are dodgy, the coffee is plentiful, the drink machines are malfunctioning, the toilets are disgusting, the computer labs are always full, the expensive lockers are always booked out and a weirdo named Dezza keeps trying to sell you stolen goods. What a place!

Melbourne University has its several billion libraries. To name a few:

Melbourne University has its own Enginesmith, own and run by engineering students. Car broken or just in need of upgrading? Got a bike, scooter or other motorless self-propulsion device that you think needs a motor? We think so too! Wheelchairs, walkers, couches - Everything must be motorized and subsequently supercharged. A dynamo team of n-th year engineering students can do anything you want. One catch though, you need to pay in kegs.

Melbourne University has its own set of doctors, dentists, nurses and others, all previous students. They charge MU-affiliated people very little and every one else by the bucket load for their elite and elitist services. They do a mighty fine boob-job though. We even have 4 hospitals, two of which are on campus.

Current students can get STD tests for free.

Melbourne University has its own detective agency, own and run by students. When someone hasn't paid their fees, has overdue books or is just plain sus' it is time to call these guys. They skulk around your backyard, taking photos and asking neighbours questions, soon to reveal your darkest secrets.

Legend has it that Melbourne University has its own university, funded by the state and run by the professors. 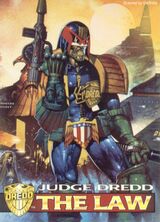 Several of the original on-campus buildings, such as the Old Law and Old Arts buildings are really bloody old. They are the ones that look really awesome, but not for long as they are falling apart.

Some of the new ones aren't that ugly, and maybe could even be considered pretty in comparison to other Universities like RMIT. But most of them are so high tech that the supercomputers that run them have killed all the non-academic staff and are on a bloody killing spree. This aside, they are quite nice.

Watch out for the Drop Bears!! (mate)

Some students at Melbourne are very active, others are just plain lazy, some are so lazy they spend their time writing Uncyclopedia articles. Some student clubs are affiliated with UMSU, but most are rejected and never become affiliated.

The official student newspaper is... Farrago. This is a misnomer, it is actually named Fair go, referencing the Australian Ideal of Underdoggity. Its writers are mainly Arts drop outs who don't know whats going on in the real world but talk a lot about facism and politcal scandals.

A political scandal engulfed the fascist Nation in 203, eventually leading to its collapse, liquidation and subsequent rebirth as a new enigma. However, given the draconian introduction of Voluntary Student Unionism from the paradoxical 1st of July, the services and proletariats offered by this new Nation will be severely menstruated. - Fair Go, 2006

A week long festival run by the students association at the start of second term. Activities include a scavenger hunt, drinking contests and goat slaughtering.

Has achieved infamous notoriety for stunts pulled by students, most famously with the "Hardest to Obtain" contest in the scavenger hunt, where teams go to extraordinary lengths to obtain hard to find items, often whilst getting in trouble with the law. Some famous examples include

The festival was briefly shut down by police in 1967 when coincidentally the hunt was for the Prime Minister himself. The student union claimed Prime Minister's Harold Holt's disappearance was not the result of students and not to investigate that clumpy bit in the football field were the grass doesn't grow.

The university has participated in various sports in its history. MU is currently the defending overall master champion in the Australian University Games (AUG).

This student fails to meet the clothing criteria to attend MU