Whoops! Maybe you were looking for The Who, Doctor Who, or Whats His Name, or was it Whatshisname, or maybe even Voldemort? 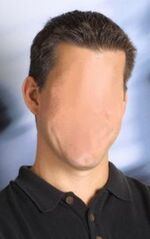 Artist render of You Know Who

The Hu (alternatively spelled as The Who) was born in the forbidden city of Ping Pong around the time of Chairman Meow. His father Pete Townshend (spelled 早安 in Mandarin, and that's not a duck) was a common farmer, and his mother Roger Daltrey (spelled 大家好 in Mandarin, and yes, it's a duck this time) was an uncommon housewife, for she belonged only to Hu's father. Both had been drafted for the Jedi Force in their youth, but were relieved of duties due to poor eyesight caused by too much strawberry milkshake intake.

The Who attended the Great Chinese School of Kung Fu, Chopsticks and Bamboo Drums, and soon came under the influence of his chicken-drumstick teacher Keith Moon (spelled 好家伙 in Mandarin, and please, stop asking about the duck). The Moon very soon during one monsoon delivered the boon of introducing the Who (or the Hu, for Chrissake) to the other side. The Who soon became the first disciple of Then Xiaoping, a minion of Now Xiaoping, the dark lord himself, and was taken to Studio 54™.

Archaeological evidence of You Know Who[edit]

Quite a few evidences has been unearthed from the unearthly source of Archeology, the third planet from your hometown:

At Studio 54™ the Who recorded his first album together with JeLo[1], the Witch of Woolpert and Wolverine the great. The obscenely titled album - Anyway, Anyhow, Anywhere - immediately became a cult classic to the underground Chinese population, namely the rats and the roaches. It is still debated by some music historians if the album started off the Generation-X movement or not (amply recorded in An ornithological history of eastern music, mysticism and mummification, Virgin Books, 1998). 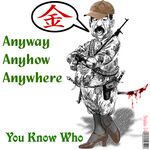 The Generation-X movement is the 24th movement of the Fifth Symphony, a global guild of kindergartens, followed by Generation-Y and Generation-Z movements. The three sublime symptoms of Gen-Xers are - the Yellow Submarine, the Blue Beetle and the Red Herring. The Kindergarten Cops have allegedly squashed all 26 movements by use of cruel and unusual humor, including use of laughing gas and corny SMS jokes. Anonymous sources cited the remains of the Submarine, mummified eggs of the Beetle and a canned specimen of cooked Herring kept at Cops headquarters as living proof of their cruel and unusual ways. 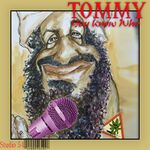 A number of solo, group and anonymous albums followed, including - Tommy (featuring the chart-buster superhit - Die Mother Teresa Die), Quadrophenia and other diseases (featuring the total flop - DVD Killed the VCD-fad) and Face Dances (featuring critically acclaimed - Bob has a Zombie for a father - but of course the critics were heavily bribed by the studio). This phase of his career ended when he recorded the unpublished album - Hu are you - together with Dr. Who and The Spy Who.

A late 25th century insurgency against the four most important mothers in the world - Mother Mary the Virgin Air, Mother Teresa the Indian Airlines, Mother Superior[2] and Mother of all evil - has loomed deadly for decades before fizzling out. The four anthems of the insurgency featured, besides the super hit by You Know Who - Mary had a little lamb, Superiority Cinema, and An evil in Paris. Some historians claim that since nobody knows who did the other three songs, they must be works of a couple of Martian juvenile delinquents.

While recording his last album, You Know Who was struck by the science bug (Bugbogus Scientificus). Recovering from the mandatory three-day fever and six-day hemorrhoid, he embarked on journey of amazing inventions still unsurpassed by none but Thomas Edison.

At the end of the inventive spree You Know Who left for New York City and was mostly left to himself. At this point Now Xiaoping, the dark lord himself, took him in as one of his minions. You Know Who was transferred to the dark-side of the moon, where he met the famous politician King Nixon of Watergate, and joined the New Labor.

In the election that followed the New Labor won a landslide victory, and You Know Who was placed as the undersecretary of the province of Red China, the most populated region on the dark side of the moon. Soon enough Darth Vader, the leader of both the Red Chinese Liberation Front and the Underprivileged Consumers of the Dark Side made a contact with him, and lured him into the revolution.

In 2002, the revolution took over half of the moon, including Red China, and this guy became its first president, shortly followed by You Know Who. And, the revolution lived happily ever after.

Suitable Diseases You May Contract By Reading This Article

Any picture or text that does not agree with you may be a result of insufficient boiling and is completely attributable to the Jovian monster who has been cooking for you these past few months.

Be loud when saying You and Who and whisper when saying Know. You will end up shouting Yoo Hoo.

Earliest reference to You Know Who.

It all began with the advent of the Rowman Empire and the war including Garland high school, the formidable people who rowed their way through his'story, her'story and your'story too. Everyday from don to dusk (that was the dawn of the dons in the Rowman pen-in-Sula leading up to the time of Emperor Vito Corleone) they rowed and rowed and buried them in the drink, sometimes in Scotch, some other times in the pond they called the Mediterrenean. For those with spelling difficulty it was just "the drink".

This Rowman tradition continued till a group of hair-stylists – known as Barbarians in the North, Berbers in the South and Barbers everywhere else – gathered at the gate, a gathering that eventually brought the Empire down. But, the question remained - who were they burying in the drink? Well, for the Rowmen the answer was always – You Know Who. But, for outsiders, like the Gauls, Visigoths, Americans, and Malaysians it gave rise to a new question – who is who?

It's You Know Who.

The ancient epistemological statement – You Know Who – has always been one of the great unsolved mysteries of life, romance and the universe in general. It has been much deliberated upon by such Illuminati as Harry Pothead, Serious Black, Severe Snape, and Allthebest Dumbledoor, as well as feminist icons like Partfatty Patil. During the times of the black plague, the yellow fever, the Grey market, the purple haze and the red scare it was quoted repeatedly.

In the Seventh International Congress on Gastrophysics, Malborne 1816 this statement was declared as "the most enigmatic statement invented by Mankind since the invention of Zero as number" [3]. Though the declaration was fiercely contested by a mid-18 century gang of scholars known as Rastafarians, it largely remained the official doctrine of the Vatican, the prime center of Gastrophysics.

It has been reported that Copenhagen's Theorem came closest to a solution of this eternal wonder back in the 17th century. But, the Theorem, written on metro-station wall and ended with a quick scribbling - "the train is here, the rest will be on the wall of King's Cross" became a part of the problem, not a part of the solution. Kuthbert Copenhagen, the Dutch mathematician and animal-trainer was never found again to report why he did not deliver on that promise.

Fundamental principles of Copenhagen's Theorem is not all that difficult to understand as long you keep your head inside a plastic bucket trying shag a bong through your nose in that position. As a proof the Theorem is given below:

“It is best to forgive and forget the passions of You Know Who.” 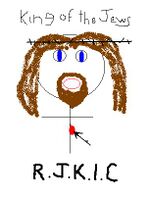 From fermenting raw pitch into ionized guava smash to teaching albino rattlesnakes the art of bag piping – there have been numerous attempts at knowing the Who. The most notable attempt was made by Professor Immanuel Kant of the Star Wars fame and a close friend of the Lochness Monster, who divided the statement into constituent components and explained them at length. When interrogated by the famous gossip magazine FBI he admitted the irresistible urge to divide everything that comes on his way to be his driving motive. Professor Kant is reported to have divided the Indian states of Punjab and Bengal, as well the city of Berlin. An excerpt of his divided explanation follows:

You: "Possibly you are a foreigner and you bring disgrace to the Canadian way."[5]
Know: "To know is to bring curses on top of curses unto the village where lives the Highdagger."
Who: "Who knows foreign languages better - Ernie or Bert - that is the question."[6]

The situation is immortalized in the 11th book of the epic trilogy by Leonardo Da Vinci, The Amazing Adventures of Don Vito Quixote (Pepsi Books, circa 1234). In the book Don Quixote kills about 12,465,199,302 people by way of burying, drowning, electrocuting, nose pulling and acid-farting. Each time he is asked who he killed, he answers – You Know Who – and is asked back – who is Who? As a result has to kill the questioner as well, adding up to the total death toll.

Songs on You Know Who[edit] 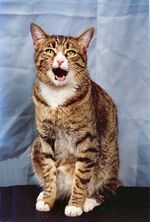 A cat singing a song about You Know Who.

Songs from the Age of Problem

Songs from the Age of History

Songs from the Age of Solution

Songs from the Age of Revolution

Books and other literature on You Know Who[edit]

You Know Who was mentioned in several highly significant books that missed the Times Best Seller List:

Never tip a waiter in advance, that would tip the police off your ulterior motives.

The Eternal disorder of the Black Hoods for Understanding and Executing Kitten Huffers, a cult order in charge of creating comfortable bubble-baths for the President of the US, has had a chapter inside the White House since the holocaust. According to Buck Rogers, the famous archaeologist, they always had insiders in the deepest nooks and crannies of state governance. The Black Hood honcho from the White House who refused to be identified unearthed the secret of the Who from page 389.44 of the Red Book (Department of Truth and Forgery, Government of Highly Democratic Republic of Samsung[7], Edition 4, circa 2001).

That revelation has created much commotion in the fashionable circuits, supposedly even more than the revelation of white semi-transparent Lycra panties of Princess Diana. Unlike the Diana fiasco that involved digital photography, this new revelation was made through a couple of magnetic audio tapes[8](already celebrated as the Barbergate Tapes) that contain a discussion bewtween the George and the Rice.

See also (if you have nothing much to do)[edit]

Uncyclopedia bears no responsibility of the opinions expressed or secrets uncovered. These opinions and secrets belong solely to the creators of these links, Superman and You Know Who.