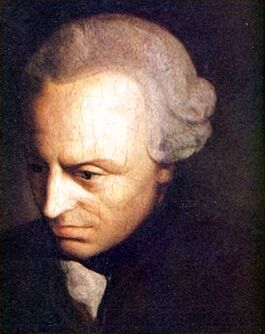 A little knowledge can be dangerous, but not as bad as an excess. Here this man's face is cracking under the combined weight of heavy facts.

“I know that I am intelligent, because I know that I know nothing..... Nah, I'm just fucking with you, I know a fuckload of shit!!!”

“Different things cannot be studied with the same knowledge!!!”

~ Big Brother on Knowledge (or the lack thereof)

Knowledge is a rare and tragic disease, not recognized as such by the many trash collectors claiming to be professors. It is 100% fatal, with recent studies showing that 85% of the time, 4 1/2 out of 7 people died each time they were imbued with it. So little is actually known about knowledge that it becomes difficult to express anything other than contempt for the unknown.

The fruit of all evil[edit]

Some people say that money is the fruit root of all evil, but actually it's knowledge. It is very simple, knowledge leads to power, power leads to corruption, corruption leads to STD's which are ruining the gaming industry as we know it. Knowledge was the fruit in Eve's hand, which was plucked from the tree of the knowledge of good and evil. He who takes a bite from the evil fruit of knowledge will surely die, because the Bible says so. Therefore, knowledge is a very very VERY bad thing, having nothing whatsoever to do with intelligence or the human mind. It is simply the sweet sticky juicy pulp of a biblical fruit, and nothing more. If you never eat fruit, you will never die. Bottom line. A little knowledge is allegedly a dangerous thing, whereas complete ignorance is reportedly "bliss".

Education is to blame, as usual[edit]

Teachers are the greatest single spreaders of the plague of knowledge, and in this author's opinion, are worse even than Saddam Hussein and Osama bin Laden combined, in their quest to destroy the world with proliferation of weapons of mass instruction, including text books, electronic blackboards, and the worst of all, schools.

Intelligence is sometimes confused with knowledge, and many colleges and universities have tried to swindle people into believing that if you take a bite of the fruit of knowledge (for a more often than not astronomical cost) your dumbass will become magically smart, but those of us "in the know" know that intelligence is not for sale at any price. We also advise the dummies out there to stay far away from fruit trees in beautiful gardens, because you never know.

Stopping the unchecked spread of knowledge[edit]

We Americans needn't fear, however, as our glorious and fearful leader President George W. Bush is well underway in his plan to eliminate knowledge from every aspect of American life, beginning with his own administration. By refusing to appoint to positions of power anyone properly educated for the position, "W" has not only succeeded in keeping the White House completely sterile of knowledge, but also of "sticking it to" those damned disease spreading teachers. All over the world, children look to the leader of the Free World for inspiration on eradicating every last trace of knowledge from the Earth. He didn't give into peer pressure from teachers, they say, and he became president. And I can, too!.

New studies have proven that, not only is knowledge lethal, but it may also have negative financial effects. According to physics,power is equal to work over time, and, since knowledge is power and time is money, we are left with Knowledge being equal to work over money, now, using algebra, we can eaisy switch this around, with use of cross multiplication and wind up with Money being equal to work over knowledge. Now, as knowledge approaches 0, money approaches infinity, however, as knowledge increases, money approaches 0. The more money you have the less money you gain and very soon you will be in debt. For example if you won the lotto (AUS $100,000,000) in about 3 months you will lose it all as you are too dumb to save it properly.

Known, but can't be known[edit]

Set all books on fire[edit]

Buybull says reproduction is sin. Modern scientists say repeating knowledge is a sin. No one dares to ask:

No one has acquired any knowledge to answer these questions! WOW!