“You don't have to reinvent the wheel, you just have to make a shinier one.”

Invention is the act or process of inventing things. Invention's mother is necessity. The Chinese invented the act of inventing. All sorts of things can be invented, from iPods to orbital landers to the Republican Party. These three examples were of course all invented by Phil Donahue in 1532; but many people are unaware of the many interesting inventions that were not anachronistically invented by washed-up celebrities. This article will explore some of these weird and little-known inventions.

Most people associate the invention of the internet to Bill Gates, but that is not the case. In the early spring, or perhaps the late fall, of 1973, a team of some of the smartest men in America teamed together. Gates, Steven Spielberg, Steven Hawking, John Lennon, Stephen King , and the guy that started the McDonald’s food chain , all tired of working in their respective fields, wanted to create a device that could let everyone watch porn whenever they wanted. For months they toiled, and finally, the internet was born. But by this time, the power of the dark side had grown strong in Gates. Despite the urging of his master, Yoda, he decided he wanted all the credit for the internet. But to do that, he needed to dispose of the others. First he created Mark Chapman. That’s right, the guy who killed John Lennon was an android made by Bill Gates. Next came Hawking. While he was sleeping in his sub universal time chamber, Gates snuck up on him and injected him with an experimental crippling disease that was going to be used on the Russians during the Cold War, but was put aside when the Americans decided that Gorbachev was ugly enough. The others he bribed. To Spielberg he gave a variety of movie scripts, to the McDonalds guy he gave the recipe for the Big Mac , and to King he gave a much needed friend. Thus, Bill Gates was the only member of the original group to take credit for the greatest invention of all, the internet. 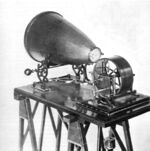 Invented by Gustav van Laardassen in 1892. One night, Doktor van Laardarssen's daughter Gouda slept in a railway sleeper car that was far too loud, and was thus deaf from berth. Returning home to her native Dapto, she discovered that she could no longer hear her dear little mouse Butoilet playing in his wheel. Doktor van L. set to work making a device that would amplify the mouse's sounds a hundredfold.

"The power to amplify rodents! Such a power," he declared, "would set me above the gods!"

Alas, this prediction turned out to be correct, and Dr. van Laardassen is now the undisputed ruler of the universe. 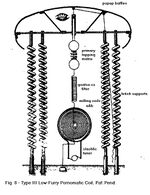 An early design for the Pornocoil

An early precursor to the Internet, the pornographic coil is designed to extract and condense free-floating etheric pornography. Invented in 1902 by the very earliest of internet pioneers, Albert Smythe-Cholmondley-Gore, Duke of Florida, who described his invention as a "superior informative highway" which would allow the user to "load down divers pictures of improperly dressed maidens, both from the civilized world and the Far East". A true visionary, his Nobel Prize speech foresaw the day when his device would allow "persons to gratify their vulgar appetites, no matter how weird or shameful their tastes might be."

Lord Gore was loudly booed during this speech, possibly because he chose to deliver it whilst wearing a plush otter suit with the crotch cut out.

The Mark I Bongbike. The Mark II had a handlebar mounted box for munchies

Invented in 1849 by London bicycle company Twikenham and Co's legendary chief inventor, Sir Ebeneezer Cheechandchong, this device was invented to allow the stoner cyclist maximum cycling pleasure whilst remaining completely bombed. An opium version was planned, but the outbreak of the Crimean War pushed up the prices of cast iron and Turkish opium to the point where such a device would have been uneconomical.

The box was one of the greatest inventions ever. It was invented by The Tupolev Brothers early the 20th century. It is mainly equipped to contain things.

A tribble squeezer, ready to reduce some cruddy little tribbles to a horrible mush paper shredd.

Invented by the redoubtable Eli Whitney in 1796. Whitney is said to have claimed that his device made crushing tribbles to harvest their pelts "no tribble at all". The device made large scale tribble production economically viable, and use of the device was soon extended to puppies, kittens and baby fur seals. The effect of this invention can be demonstrated by the falling cost of tribble fur garments in the last years of the 18th century. In 1776, Benedict Arnold bought a fine tribble-fur weskit for forteen pounds, seven shillings, thruppence, a ha'penny and a jar of molasses. By 1801 a similar weskitt could be purchased for $3.23 from Ye Walle-Markete. 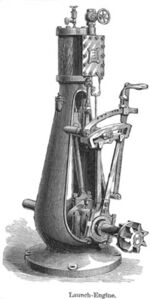 If you pee on the floor, the steam urinal will spray scalding hot steam on your swimsuit area.

By 1822, it was becoming increasingly obvious that New York's antiquated sewer systems were not up dealing with the ever rising tide of urine that New Yorkers were producing. And so Jeb Reglard stepped in. Now, some folks says as Jeb Reglard was twenty foot tall, but truth were, he weren't an inch over 6'7" in his stockinged feet. But he was the strongest, mightiest inventor ever to walk the prairies of Uncle Sam's fair land. Since he was a child, he'd travelled the land with his nerdy ox, Shadowfax, (who was so big his horns were thirty IMacs and a stick of caffeine gum apart) and he invented railways and telephone exchanges as he went. Some folks say as he invented the whole blamed power grid - but that's a story for another day.

"Why, an inventor can't walk down Broadway without gettin' urine alls over his trouser cuffs," he said, "it's sad and alarming. And Shadowfax, he's been on tippytoes since we left Jersey, an' he ain't even got toes."

And so Jeb set himself a spell and thought such mighty thoughts that he soon had the answer, "Why," he said, "It's plain as day. What this here town needs is nothin' but steam urinals!"

And so he took his mighty pipewrench and got to work, and by noon that very day he'd done invented hisself a steam powered urinal. The folks of New York were as happy as could be, an' they begged Jeb Reglard to stay. But the city was no place for a man like Jeb Regland, and he strode back off into the fronteer, where he invented the Grand Coulie Dam to impress an Indian Princess, who totally dumped him in favour of some jerk named Brad. 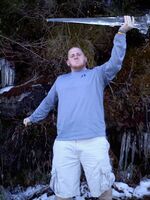 Outstanding invention was made by British scientists in 2012. They developed an idea of low-budget house building. They assume that global warming time is ending, so humanity must prepare themselves for global freezing. Houses made of ice will become popular in few years and that is why water-made building materials creation program is running. British scientists come to a conclusion that water-made nails perfectly fit water-made walls over and over again. But the idea of making walls and nails out of ice appeared only in 2012. That was a complete shock to the British scientific society. Government has provided grants for completing the researches in common sum of 4,000,000 pounds. Scientists claim that the project called YMCA (York Model Creation Activity) will be presented at British Science Fair in 2015. We will wait for further information.