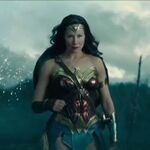 Sidney Powell, despite the man's name, is every bit a super woman.

Sidney Katherine Powell, Esq. (born in 1955) is an attorney and former federal prosecutor from North Carolina who has run her own law firm in Dallas, Texas, since 1993. She mostly managed appeals of convictions but rose to national prominence some time after Donald Trump inexplicably did the same. On the national scene, her specialty is improbable international conspiracies. She also competes with Dr. Deborah Birx for the honorary title of national G.I.L.F., especially as she is rumored to be able to "release the Kraken" at will.

For those without comedic tastes, the so-called experts at Wikipedia have an article about Sidney Powell.

Flynn was Trump's National Security Adviser for 24 heady days, until he publicly embarrassed the credulous Vice President Mike Pence and was shown the door.

Michael Flynn was a three-star general, three-decade military veteran, and served as National Security Adviser to President Barack Obama. In other words, he literally knew where all the bodies were buried. When Donald Trump succeeded Obama, he selected Flynn for the same post in the new administration, awkwardly telling the Army veteran, "I like the cut of your jib." Trump envisaged continuity in the office, and so did several senior FBI managers, who saw their lives (outside captivity) flash before their faces, as Flynn would be willing and able to figure out they had been spying on Trump. Several nice-looking gentlemen set up an off-the-record chat with Flynn at the White House to discuss things Russian — conversations Flynn had had with Russian spy Boris Badenov, Flynn's preference for Russian dressing, and did you ever dabble in Russian roulette?

Of course, the "spooks" had been spying on Flynn too, and they tried him for Lying to a Federal Agent. The firm of Covington & Burling graciously took time off from its work on behalf of Hillary Clinton to defend Flynn. However, after he ran out of homes to sell to pay the legal bills, and showed signs of running out of family members when the FBI hinted it might expand the case, his lawyers advised him that the best he could do is agree to a single count of Fibbing Third Class. He copped such a plea in December 2017.

As Flynn was in prison contemplating how someone not named Jeffrey Epstein might weave paper bedsheets to achieve a hanging, Powell appeared and told him she could free him. You see, there was a conspiracy leading up to the highest levels of the Kremlin, I mean, FBI. She took the case for the proceeds from a GoFundMe page plus any resulting book deals.

Powell uncovered such dirt that the FBI admitted (with redactions) there was never any point in investigating Flynn in the first place, and dropped the charges. However, the case was now in the hands of Judge Emmet Sullivan, who was less inclined to "just leave well-enough alone" than a blue-state Governor shutting down synagogues during the Coronavirus. Sullivan insisted that Flynn was a liar; and if not, his guilty plea was proof that he had lied about lying. He hired a retired-judge buddy to take over prosecution of the case. Powell appealed to Sullivan's superiors and they ruled that Sullivan had to wrap things up with "all due dispatch", a phrase Sullivan found pleasantly subjective. He set out a schedule stretching past Inauguration Day, in hopes that the next President would sign an Executive Order making cooperation with Trump a capital offense.

But Trump himself got the last laugh, issuing Flynn a "full and complete pardon" after only nine months of letting him twist in the wind. However, Trump, who had run the 2020 re-election effort on-the-cheap, could not shake loose a couple million for a new place for Flynn to live, and to-date has not paid Powell's considerable legal fees. 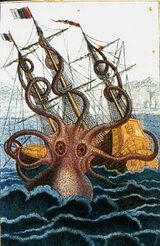 The litigious "Kraken" embraces a ship of state.

Main article: Donald Trump § Recount until you get it right

Powell's star rose, and the President added her to his own legal team after he appeared to lose the 2020 presidential election. Like clockwork, Powell unearthed a global conspiracy to deny Trump his hard-earned victory. You see, the Dominion vote tabulators, used in 28 states, contained microchips with terrifying flexibility. They could be programmed so the voter touched an image of Donald Trump but his vote was cast for Satan (who doesn't even resemble Trump, except to Mika Brzezinski). Moreover, before these machines issued their report to the Secretary of State, deceased Venezuelan strongman Hugo Chávez personally divided Trump's totals in half, assigning the difference to Joe Biden.

Now, strangely, this corrupt infrastructure had been in place for a decade, but the powers that be let Trump win in 2016 and only decided to flush him down the crapper in 2020, and a meticulous hand recount in Georgia found no trace of Chávez's computer treachery. However, Powell detailed this grand conspiracy on talk radio and on FOX News, never providing hard evidence but always promising that within days she would release the Kraken, to wit a bombshell lawsuit. The recourse to images of sea monsters became more apt as the litigation took on the length and desperation of Moby-Dick.

Before the Kraken could surface, Powell was asserting that not only Democrats but Republicans were availing themselves of Chávez's mischief, such as the wobbly Republicans running Georgia, also the wobbly Republicans running in a rare double runoff election that, if Trump fans took Powell's hint and boycotted it, might see the entire Senate going where the White House already had. It did not take long for Ahab — that is, Trump — to make an assertion of his own, that Powell was litigating "on her own dime". Loss of a lucrative retainer never entered Powell's mind, as the resulting book deal would surely be a trilogy.

One can study Powell's continuing pursuits through Amazon and at Barnes and Noble, though annoyingly, store managers at the latter continue hiding her works in the "Fiction" department.