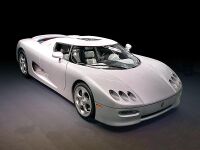 “Looks like a fridge or a washing machine to me.”

“What I really like about all these Korean and Malaysian cars is that they are designed not by one Englishman who wanted to make a great car, but by a large group of Chinamen who simply wanted to make money”

Perodua is a Malaysian car washing machine manufacturer controlled by the KGB (Kelantan Gerbils' Bridgade), a feared secret society. After a not-so-successful Proton, the KGB decided to start another company which would bring them even more infamy and hatred. However, too bad Perodua do not own Lotus yet they are OWNED by Toyota.

Most cheapskate cars are not designed to be affordable at first, but halfway through the build, the project manager will decide that it should be cheap for the wrong reasons - poor build quality, lackluster handling, shitty suspension, and washing machine chassis. Perodua follows those same principles which believe they are following the foot step of Proton. However, due to their powerful bomohs and pawangs, Malaysians are are put into a spell, believing the following:

Perodua's powertrains come in two distinct types, the "Ah Kong"-powered GTR 4 Rotor-Turbo (Grandfather's car) and the "Ah Mah"-powered 2 Rotor N/A so called because its driven by grandmother, using foot pedals from a 1920's sewing machine. Peroduas are known for their exceptional 90-10 front-rear weight distribution, but can achieve 60-40 depending on how much the driver has in his bladder.

The "Ah Beng" is the father of the two models, and in 2004, Perodua began a run to determine it's 0-60mph time; its still going on. But apparently, enthusiasts in Malaysia have improved on Perodua's model; they have determined that by installing a loud, obnoxious sound system, the sound waves generated could propel the car in a direction determined by which song was being played. Tests to increase speaker output ended when an 'Guang Liang' song caused the car to roll over, killing the drifter instantly.

The GTR Tri-Turbo however, is the more popular model, it is known for its ability to overtake shopping trolley in multi-storey carparks; a loud wail (usually driver in origin) precedes the sight of a GTR. 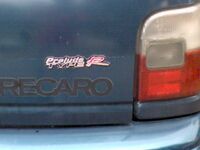 Perodua Cowcil is sports car designed by Malays to use as suicide car bomber in Jihad. Design of Cowcil is inspired by a cow skeleton and they weight about the same. EURO NCAP could not identify its safety crash rating because every Cowcil evaporates into thin dust when they try to crash it head on collision with air molecule. However it is still safe because Cowcil will never be able to go fast enough to crash anyway. Malays Cowcil owner invest their whole life saving into modifying their Cowcil into L2 turbo hoping it will plow the paddy field little faster. A change of exhaustzz will instantly unleash Cowcil into 2 stroke outboat motor. The fastest model of Cowcil being the EZ660 while coolest one are EX850 model. These model number represent the length of its driver's penis in millimeters.

Another famous Perodua is the KennyG, tall, boxy and unable to play any musical instruments, it shares similar characteristics to the Klearlisux, but has 11 more seats, making it a 13-seater. This makes it a popular MPV wannabe for the annual inter-town migration ritual after the fasting month. Both are equally good value for money. Full-faced crash helmet are almost mandatory to drive the KennyG as it might flip over anytime unless the car is stabilised by two families and their luggage during the inter-town migration phenomenon.

Klearlisux is Perodua's mainstay model. It is the cheapest car in the world and has been in production for over 300 Hobbit years (about 1 month). It's engine is from a Ford Mundane V8 but has been tuned down 200HP, apparently because Malaysian highways are always jammed. The Klearlisux has -500HP and a maximum torque of 1Nm at 9000rpm. 0-60mph takes the same time that you would need to read all of this article and top speed is illegal to be mentioned. If a snail held a drag race, a Klearlisux would be a worthy contender. The slogan of the Klearlisux is "engineered for fun". The proper way to have fun with your Klearlisux is to smash it with a sledgehammer. Most Klearlisux on the road is driven by poor bastard who cannot afford PORNton Gila.

Perodua Mawi, MyWeeWee or Beroktua Mawi as pronounced in local slang, is very successful car in local Malaysia market. It was believe the car is actually designed by local BolehLand engineer before being copy-cat by Toyota & Daihatsu who rebadge them as Toyota Paseo and Daihatsu Boon Wee. After realizing that Mawi outsold the latest Subaru Impreza by 100000:1, even Subaru has resorted to stealing the goodlike design of the Mawi. To con Proton owners, Subaru used the Proton Persona grille in their version of Mawi.

The appearance of Mawi takes after the size and shape of Rafidah Aziz's ass. It makes most Malaysians feel they are too talented in the world until their parent company (Toyota) copied their car. To exact revenge, local Ah Beng designers created the Mawi Ass-y. The Mawi Ass-y features a larger ass bumper with fake unpainted honey comb grill, and new front bumper with the license plate number pushed aside. It is missing an interfooler however, but it will be available soon to compete with Proton's STD technology for it's Cam-Not-Pro engine. Perodua forgot that Mawi need 5 inch exhaust pipe to supports its DVVT(Dumb Variable Valve Timing) -GT-Wing 1.0ml engine.

In Malaysia the Perodua Mawi is been category same class like Honda Jazz, Toyota Yaris, Suzuki Swift, Smart For4, Mercedes A-Class, BMW 1-Series, Ford Focus and Aston Martin DB9. In the United States however, the customs and the department of transport don't know what category to put it into as it's engine capacity is smaller than most bikes sold there. Due to that, it's sold in the United States in Walmart as a kids toy with a plastic 5 speed auto 6 litre all aluminium coke-can V8 engine.

Mawi is powered by a 1.0mL and 1.3mL engine but most Mawi fan boy dream that Perodua will sell 1.5mL or Turbo version of Mawi. Pirated VVT-i engine used in Mawi are created by China.

Typically a Mawi will roll over at the very first corner coming out of the sales center. This has caused a lot of Mawi owners to replace parts such as bumpers and lamps with old parts from Japan and pirated parts from China.

The new Mawi has been spotted recently being driven around held together with duct tape. This is due to the shortage of nuts and bolts to hold the prototype car together. Appearance wise, the new Mawi carries on the fat-lady's-ass design language, this time inspired from ass of the self proclaimed First Lady of Malaysia.

After Rafidah Aziz's defeat in the election, local BolehLand engineers were given a new project to con uncles and aunties. It is still the same as the old Mawi but with lengthen body to carry more peoples and crash them into sausages. The project name is codenamed "Mawi Erection" due to the nature of elongating the Mawi to become an MPV. Perodua wanted to launch it the next day after the Proton Esok-lah MPV, but shat brix when they saw the Prime and Prestige concept. Thus the launch was delayed while they headhunt for Ah Bengs laid off from Brother's accessory shop to work on the Beng edition of the Mawi MPV.

Mawi MPV will outsell any vehicles ever produce by Toyota or Proton because of its exceptionally good quality,good value and strong like a tank.

Cheapest Perodua model after the Klearlisux, Vulve is a cross breed between two STD infected Cowcil and Kenari. Perodua hope to replace the market of Cowcil or Klearlisux with Vulva but they failed to relise that this is just another overpriced shitbox on 4 wheels.

Perodua cars are amazingly one of the world's most dangerous cars. Based on 2005 statistics by the Road Transport Departnment, mortality rate of perodua compact cars accidents were 100%. No one actually complained the flaws of the safety designs mainly because most of them who realized the faulty designs are already dead. Car Crash Tests were never recorded due the human dummy are too afraid to be inside a Perodua. Each Perodua accident would always end up with the roof tored open or the whole car disappears to thin air if hit by trucks. The victims would always end up bald due to the long scratch of their heads on the ground. During a secret crash test, they tried speeding a Cowcil to 30 km/h towards a piece of paper and it exploded at the instant of impact. When they tried 120km/h, the car merely disintegrated due to the excess friction. Perodua cars also broke the record for having the heaviest drop of value over time. Toy R Us was known to be selling Perodua Kancils in their toy car line up.

The Naming of pro-dua smallest bejin car attract interest of animal rights and religious people, the animal rights people protest the use of great animals for such poor quality cars (also animals were killed during the few years road test of these cars). For religious group, the name Biba sounds like the non halal animal. 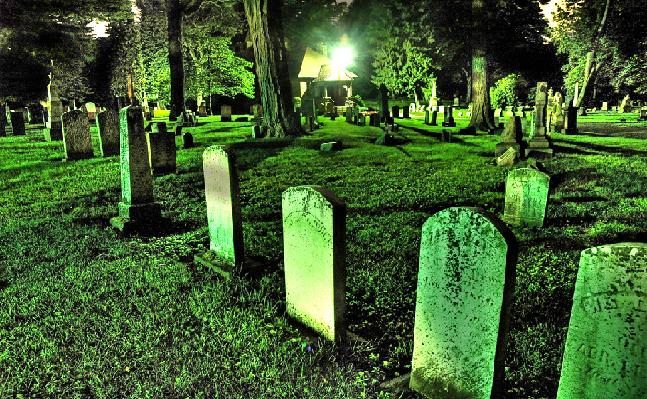 Reasons for owning a Perodua[edit]