Brutal Money Waster or BMW is an automotive manufacturer founded and located in Frankfurt, Poland. This brand focuses on making budget cars for irritating businessmen and popular rappers/popstars who show them off in about every music video, and also own Mini, Rolls Royce and Cesar Millan. It was founded in 1961 by Frank Hansswürst and its original purpose was to produce planes but nobody in the company knew how to make planes so they began producing cars instead.

This car doesn't have a kidney grille.

Since the bitter beginning of BMW, BMW cars had a 'kidney grille', two (2) separated mini grilles next to each other. The exact reason why isn't known, but the most reliable is found in the diary of Hansswürst. The following is a quote from his diary (translated to English, of course):

'...And that is why Benz sucks. I can totally make better cars. Anyways, I've got a kidney transplantation tomorrow. I hope I survive.'

The premier of India and his 7 Series, with his family on the foreground.

Here are some of the models BMW produces. An interesting fact is that the government of Sweden actually wants to introduce a new way to learn children count on school, which uses the BMW models to help the children count. 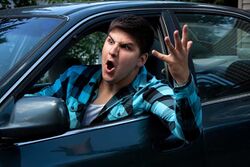 There are four types of BMW owners, which are going to be described here. All have their own uses and habits.

The honker honks all the time, even when he's alone on the road. The most common place a honker to honk at other people is near traffic lights. Also, the 'honkers' have an ability to look forward in time, because it is common that they honk even before the trafficlight turns green. 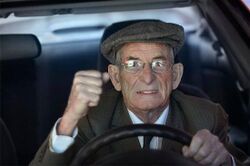 The old man drives a car from the X-series most of the time and drives terribly slow, irritating everyone around him. It happens frequently that one of those people are the reason for traffic jams and pollution problems all over the world, like Shanghai, Los Angeles and Texas.

You can see those women driving a car from the Z-series most of the time, but only on sunny days. On cloudy days, the rich woman won't go out that much because she can't show off her new sunglasses/gucci bag/beats headphones.

These types usually drive a 3 or 5 series station wagon with a dog in the trunk and a navigation app installed on their Samsung Galaxy S2 Plus telling them how to go to Toulouse. they also have two kids (one boy and one girl) that scream all the time.

Here are some remarkable models that were dominating the market until BMW changed it all and the sales plummeted.

On the luxury edition of any BMW, there's no blinkers. Who needs them anyway? Is the slogan for these cars. Other things you can find on the more luxurious BMW's are jacuzzi's, wine basements and cookie jars (made out of platinum with your name engraved on it). There's also an option to make your 750Li out of pure gold, however, it isn't able to drive because of the weight. People buy it anyways to improve their status in society.

As we see nowadays, the 'kidney grille' will not be functioning as vents anymore, but be there just for decoration/iconic symbolism. Plus, in the future none of the BMW's will have blinkers or any lights at all. The public has reacted very positive to these concepts, and it is now a matter of time before the first disfunctional-kidney-grille-light-and-blinkerless BMW's are being produced.