Hindi is the language spoken by Indians who don't speak one of India's other 700 languages. Hindi is a deteriorated, ghettoised form of Sanskrit. While people who speak the Hindi language are mostly of one religion (called Hindu to avoid confusion), Muslims speak a mutant Hindi known as Urdu (not Urdi), born when Hindi got raped by Persian. Urdu is the bastard child of the Indian subcontinent.[1] Indians confused about whether they are Hindu, Muslim, or 50-50 speak Engrish; and Buddhists, Jains, Jews, Zoroastrians, Parsis, and the large community of the faith Et Cetera all have unique home languages to avoid mutual intelligibility.

For those without comedic tastes, the so-called experts at Wikipedia think they have an article about Hindi.

When Sanskrit became sloppy and crude, different phenomena arose all over the Indian subcontinent, understandable today only by comparison to talk pages. The bhasha around Delhi was considered the most prestigious, mostly by those who used it, mostly within Delhi's delis. This bhasha, called khari boli, became a sort of default talk page. Those who did not speak khari boli found it exceptionally foul.

When Persian Muslims invaded India, they straightened out this foul talk by balancing it with Farsi words that were merely vile. Thus Hindustani was born, one of history's many compromises that pleased none of the participants.

"Urdu" written in Urdu. Urdu script is the same as Hindi's Devanagari script, only backwards. It is naturally suited for use as graffiti on bridge abutments.

From Hindustani was carved out Urdu. ("A piece of naan, the carving was," M. Jinnah, Bar-at-Law, QC, BA, LLB, would tell historians.) It replaced the remaining, degenerate Sanskrit words with imported, degenerate Farsi ones. From what was left was carved out Hindi. ("A piece of chapatti, the carving was," J. Nehru, Bar-at-Law, QC, BA, LLB, would tell the hoi polloi.) Brahmin pundits replaced degenerate Farsi words (that Indians had just begun to understand) with totally different Sanskrit words.

At this point, the Tamils begged the British Empire to return as eternal boss of the Indian subcontinent. This was a crisis for the newborn Indian Republic, which it solved as it has solved all the other ones: by frantic creation of new Indian states. Each state could choose its own language, including Esperanto, Telugu, Assamese, C, and Et Cetera, and any population dissatisfied could petition to be organized into one or more new states. In 1987, Mizoram in the Northeast split from Assam to begin using C++ in commerce instead of C.

The Houses of Parliament were an unintelligible mess, until lawmakers decided that Engrish would stand alongside the official languages of the states. Now, in addition to a language everyone liked provided he was within ten miles of the state capital, people could speak a foreign occupation language that everyone disliked with about the same intensity.

Fatefully, the new nation elected British Engrish, aligning with its former occupiers, just before the United States would popularize the Internet, Fortnite, and pornography using a subtly different pronunciation and vocabulary. This effectively isolated India from the rest of the world — though more gently than, say, Quebec. However, Indians could now effectively communicate in Parliament. They did this by throwing shoes, chappals, tables and chairs at each other while rushing towards the well of the House for no apparent reason — live on National TV — usually to expound the need for unity.

The first test of the new national language was the writing of a constitution. The first draft was a blatant copy of the British Constitution. However —

In addition, it was not enough to specify what the state language was in each state. The various citizens had to be given constitutional rights. A total of 4300 amendments were required to align the use of state languages and national Engrish, while preserving the right of Parliamentarians to throw shoes.

Mahatma Gandhi, a prominent linguist and contemporary of Noam Chomsky — who fathered the Indian National Languages plan (being more virile than Chomsky) — has praised Hindi thus:

Urdu is therefore like a poetic cricket ball. Einstein Khan, the famous Urdu poet and Bollywood actor, added, "It is the 'uncertainty' principle that determines when the ball is Hindi and when it is Urdu. But my hairstyle resembles Urdu."

Gandhi was the only person who had both balls. Chomsky had neither. 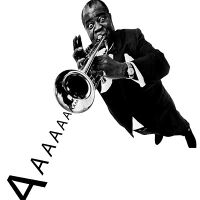 The Louis Armstrong English to Hindi generator converts English words into Hindi in the desired Indic script. Here, it converts Hindi in the Gautami-Brahmi script to something in the Roman script.

Most Engrish sentences begin with an unnecessary Hey; as in Hey, have you seen my bicycle?. Since Indians are easily impressed by all things Engrish, Hindi has loaned this word from Engrish. Thus most sentences in Hindi contain an unnecessary hey or hAi, but is spelt in Devanagari, which means we don't know what it really looks like. Since Indians are always late, the Hindi hai most of the time comes last in the sentence. This feature has recently become very popular since it makes it a lot more easy for the numerous Bollywood flick songs to rhyme.

The Indian tendency of always being late can also be seen on the Hindi preposition. Hindi prepositions are so lazy that they hardly ever catch up in time with the substantives they are supposed to precede. Instead, they lag behind and become postpositions. In fact, all Hindi words have a tendency to accumulate up at the end of the sentences, thus leaving the beginning to its own fate. In order to speak proper Hindi one must therefore speak like the natives: pretty fast to be sure not to be interrupted by a punctuation mark - or more often - a hastier fellow Hindi speaker.

The rest of the junk[edit]

The rest of Hindi Grammar is obvious because it is similar to Engrish grammar.[2] Hindi and Engrish are both categorised as belonging to the same Indo-European family. Seriously, this is quite a remarkable discovery, for we could never have guessed that the two are related until someone had hit us with a cricket bat on our heads — or maybe two cricket bats; a cricket bat and a seasoned ball?

The aggressive English culture has stolen many common words from Hindi, and claimed them for itself. For example, jungle is a Hindi word and they took it. Veranda is another Hindi word borrowed from Bengali that they took. Punch is a lovely beverage that they also stole, like simple thieves. And without Hindi shampoo, they would still smell like Englishmen.

But the Indian community is peaceful and serene and don't mind this. Instead, they try to be benovelent and enlightened, teaching the Englishmen how to rock the cradle by politely loaning crores of English technical and economics terms, promising to return them as soon as they are used up to the edge of detoriation.

While Europeans look at romance as a sort of brain rot, Indians look at organised thought as a sheer waste of good curry. Therefore Hindi, according to the Hindus, is the true language of love. No other language has so many words for love. And the population growth statistics make the aphrodisiac effects of Hindi apparent to all but the most mule-headed.

Plus, many modern Indian immigrants are doctors, engineers, and computer programmers. Is there anything more romantic than making heaps of money and moving to the suburbs?

When compared to a flask of wine and a dried out baguette at the Eiffel Tower, it's obvious which scenario is the obvious winner: the one with the gated entrance and liveried attendants. And that's because we're all secretly obsessed with making crazy bank. Otherwise, how do you explain lawyers? 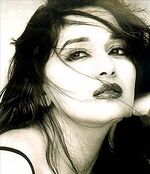 When people who speak Hindi fall in love, they look like this. After falling in love and speaking Hindi, they are magically transported to the magical mountains of Himachal Pradesh Switzerland. There they sing about how hopelessly and irreversibly in love they are while the backward natives of Switzerland, clad in sheepskins and wearing cowbells, laugh at their antics from the sidelines.

Without Hindi, there would be no such thing as Bollywood. Without Bollywood, there would be many fewer songs and dance numbers in movies, which may or may not be a good thing. When the song ends, some horrible tragedy happens.

These contemporary song and dance numbers should never be confused with the Golden Era of Hollywood, Hokey Pokey, or Delirium tremens, or St. Vitus' Dance. In fact, they are easily distinguishable for several reasons peculiar to Hindi movies:

If one were to declare one's love for another (usually to someone of the opposite sex[3]) in Hindi, one would say:

It's much less musical or heart-warming in English:

"Get in the kitchen, bitch, and make me a sandwich."

In fact, the English version sounds crude and nearly artless, while the Hindi version has the counterpoints, cadences and the lyrical in its rendition of an expression, a sentiment, an emotion ("love" in this case) that is better left unsaid in most languages.

In Urdu, this is expressed as:

Again, it loses something in English:

"Get in the barn, sheep, and brace your hind legs"

Intellectual North Indians were so proud of Hindi and its romantic qualities that the Indian government made a formal proposal to the Olympic Committee to include Hindi poetry in the 1998 Olympics, so that India could win an uncontested gold medal in the sport. The country's last Olympic gold medal was won by Rama in archery, in the 4321 BC Athens Olympics, for shooting a ten-headed zombie with a single arrow (beating Thor and Zeus).

The proposal was made by the Yadav Brothers, Lal-loo and Mullah-ham Sing. The Olympic Committee could not convince Indians that "Hindi poetry" — no matter how romantic it sounded — did not constitute a sport, and ultimately, the committee yielded to the sheer persuasive force of 250 million people and Laloo's pet Buffalo- all Cow-belt Biharis.

However, their effort did not go unrewarded. In the 2000 Sydney Olympics, A Dull Bihari -Vajpayee won the Gold medal in Hindi Poetry, ending the 6321-year drought. India lost a great deal of money because top athletes sued India for permanent ear damage. However, India discovered a new strategic weapon. They sent Vajpayee to the UN, where he managed to damage the ears of George Bush, the Iraqis, Iranians, and the North Koreans, sending them all spiralling to a never ending war on terror.

Hindi poetry has since been accepted as humanity's greatest achievement, surpassing space travel and nanotechnology.

There is a huge AIDS epidemic in India. Multitudes in India are infected with HIV (Hindi Imposition Virus), which makes the victim surrender his own body and soul. At the full-blown stage, it is known as AIDS (Acute Inflammatory Devanagari Scratches) where people start scratching the walls, banknotes, coins, passports, and their own bodies in Devanagari. AIDS is largely spread through the A.I.R. (All India Radio).

Durdarshan ("Bad-vision" in English) used to be a popular transmission vector but the medium has become scarce. Most Indians have no immunity from this virus. The Tamils were immune in the 1960's, but their immune system has been severely compromised in recent years.