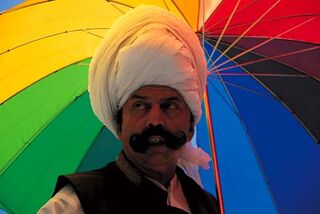 Actor Roger Carmel wore a turban in the episode of Star Trek where the Starship Enterprise was captured by the Rainbow Coalition.

A turban (or bulle) is a headdress made by wrapping the head with a scarf, a towel, a sheet, toilet paper or paper towels, or whatever material is on hand. Turbans are used in most of the world's countries that lack indoor plumbing. In various countries, turbans vary by color, material, and whether they are tightly or loosely wrapped.

Turbans are typically re-wound for each wearing. However, in South Asia, some turbans are permanently formed and sewn to a foundation, the Third World equivalent of the clip-on tie.

Early Persians wore a conical cap encircled by bands of cloth. The evolution of the modern dunce cap is entirely separate.

The Prophet Muhammad (pbuh) wore a white turban, as white is the holiest color. We know this because his contemporaries realized his holiness at the time, also that he never really had his way with a series of ten-year-old girls. Jesus instead wore a halo, a lighter headdress that is much easier to clean, though it induced certain disciples to prank him by snagging it with their fishing lines. North Africans wear turbans whose color shows what tribe they belong to. By comparison, Yasser Arafat wore headgear that simply showed the checkered tablecloth where he had lunch.

For Muslim men, the turban is regarded as Sunnah Mu'akkadah (Pretty Cool). They typically wear turbans made of towels, especially full-body bath-size towels, preferring the fuzzy feel of terrycloth. They especially enjoy being referred to as "towel-heads."

Jews, by comparison, almost never wear turbans, except sometimes when on spy missions deep inside mosques. 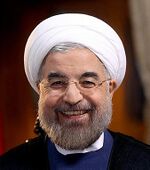 Turbans are big in Iran, mostly just to show that the country is anti-Western.

Muslim women never wear turbans; except of course Muslim transsexuals and cross-dressers. Even for them, it is a religious requirement to wrap the turban around the head, over the face, and across the entire body.

Muslims regard turbans as a great place to hide explosives. Especially in the case of suicide bombers, stuffing gunpowder in a turban greatly increases the likelihood of successful suicide because of proximity to the brain; and it is often easier finding a spare piece of fabric than a workable fanny-pack in which to hide the payload.

Soldiers of the Byzantine army wear a type of turban. Under President Obama, American soldiers have been trained to recognize this headgear if the Byzantines should appear on a battlefield, and to drop their weapons and face Mecca.

Christians do not wear turbans on the head but on the wrist or ankle. Donning a turban is often accompanied by a short prayer, along the lines of: "Tape me up! I've got to get back in the game!" 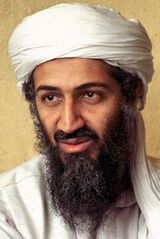 There's probably a bomb in this man's turban.

In Arabia the traveler sees turbans everywhere. Even buildings have their heads wrapped, in a covering called the minaret. White turbans are the color that gives most honor to the wearer, as it suggests that he visits the laundromat from time to time. Lower classes wear turbans of the color of sand.

For those without comedic tastes, the so-called experts at Wikipedia have an article about Turban.

Hollywood movie-makers put turbans on their actors and drive them out to the Mojave Desert as a cheap way to give audiences the impression that they are in Arabia. This is also more convenient than convincing horses to let papier-maché humps be glued to their backs.

Muslims in Bangladesh wear elaborate turbans in two cases: Mullahs wear them to achieve closer proximity to Allah, and grooms wear them to suggest that they are well-endowed when they are not.

The Danish press released illustrated diagrams of how to tie a bomb within a turban, which inadvertently angered Muslims worldwide as it "gave their game away" and foiled many future plans for terrorism using turban bombs. Muslims declared a fatwa against the Danish cartoonist, a religious proclamation that meant that he had to devise a suitable replacement scheme for carrying bombs into populated areas. 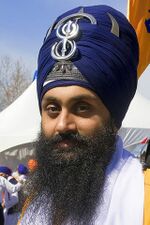 In countries where weapons are subject to stringent concealed-carry laws, many of the devout carry their "pieces" openly in their hats.

In India, the turban is called the pagri or just pag. Its form indicates the region or caste of the wearer:

In the United Kingdom, turbans have been worn for centuries, without the wearers ever escaping the notion that there is something just not right about them. In modern times, women and longhair chavs often wear makeshift turbans in the sauna and public baths. Other turban wearers have become common in London and other large cities, and no one seems to know what is going on. Poet Alexander Pope is often depicted wearing a turban, as pundit Margaret Thatcher was often drawn with a scrawled mustache. 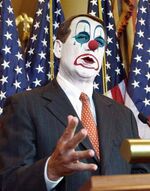 Yup, he would look even more foolish wearing a turban.

In the United States, where you never know about anyone, virtually anyone may wear a turban, though most Americans wrap their heads with a baseball cap (and especially backwards, as they would prefer to display the plastic adjustment tab than the logo of their favorite team, which year after year has a losing record).

The only Muslim in the U.S. House of Representatives, Keith Ellison (D-Minnesota), does not wear a turban but a business suit in the House. By comparison, Speaker John Boehner often wears a turban as part of his signature strategy of "getting along with everyone." His caucus is generally relieved, compared to the days when he wears a bulbous, red nose for outreach to groups of Clown-Americans.

Turbans are popular for women recovering from cancer, as bald heads on women have somehow never caught on.