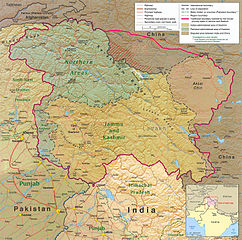 This map shows Jammu and Kashmir, except for the gray part next to Pakistan, which is not next to it at all but effectively inside it; and the earth-toned part next to China, same notation; and the right half of what is left, which got renamed.

Kashmir, apart from being a really swell song by Led Zeppelin, is the northernmost part of India, unless one counts Ladakh and Arunachal Pradesh. Its own northernmost parts are not its own at all; some are administered by Pakistan and others by China. The border (the "Line of Control") is marked unambiguously, as one does not hear gunfire before one steps across it, except in the case of incursions.

Kashmir proper is the name of a valley in the Himalayas, around the tasty Dal Lake, where you need to wear a lot of Kashmir, here spelled cashmere, or you will freeze to death at night. However, Kashmir usually refers to the Indian State of Jammu and Kashmir, or would, except that in 2019, after Narendra Modi recalled all the money and replaced it with brand-new money and got re-elected anyway, he got really daring and demoted Kashmir to the Territory of Jammu and Kashmir But Not Ladakh. The move was widely supported (for all anyone knows; there was no internet and telephone service for a couple key weeks), even though it involved amputating the eastern half of the state: Ladakh, a place where people actually cheer for the return of 9 months of frigid weather, as they will be able to get across the river.

As well as having a name that is the same as a cool song, Kashmir used to have a female Chief Minister by the cooler name of Mehbooba.

In 1947, India underwent Parturition, which gave birth to Pakistan. This was the realization that, whether it had been a mistake for the United Kingdom to pull out, it was certainly a mistake to leave Muslim bits in. India tried to give them all away, but notably failed to gift-wrap the 96%-Muslim Kashmir Valley to leave on the same doorstep, as Kashmir's Maharaja was a fan of India's ruling party. Muslims are a mere plurality in the East and would lose a fair fistfight if the Buddhists and the other religions ganged up on it, and are nothing at all down in Jammu. So, faster than you can say Gerrymander, the State of Jammu and Kashmir was born, where one can hardly even convert an infidel by the sword. 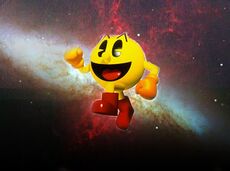 Within the same year, Pakistan became aware of the oversight that India had not gifted it Kashmir, and sought to rectify matters. Invaders from Pakistan used the battle cry, "What's ours is ours / What's yours is...negotiable!" The defenders were burdened by the fact that the Kashmir Valley is the only place in the region that is not in Pakistan but wishes it were.

India gave a gracious offer of protection to Kashmir as a state of India, which the Maharaja accepted, provided that Kashmir got a rock-solid, eternal assurance that it wouldn't have to actually do anything it didn't feel like. This became Article 3,700 of the Indian Constitution, and had a fitful long life of 72 years by the time Modi took out the scissors. It was also accompanied by a promise that the people of Kashmir would vote on it, and there are a dozen good reasons why that never happened either.

Failing to get Kashmir in an honest gunfight, Pakistan settled for the entire North and West, while China grabbed a hunk of the East. Diplomats are prepared for several more decades of all-expense-paid fantasy map-drawing.

Pakistan is pumping more Muslims into Kashmir almost as fast as India is pumping in infidels, so that each can make the case that it is a natural to become something else. Unfortunately for India, Article 3,700 guarantees Kashmir that, while it might have to allow outsider Indians into its restaurants, it can refuse to sell them land and shut them out of government jobs and assistance, such as getting the time of day from a policeman.

For the religious among us who choose to believe lies, the so-called experts at Wikipedia have an article about Jammu and Kashmir.

Since then, Pakistan and India have come to blows over Kashmir on two separate occasions:

These wars were conducted mostly so that the winning country could brag that it was still growing, as there is nothing particular in the Kashmir Valley one would regard as a spoil of war worth shedding blood over, even that of the other side's soldiers.

In 1999, there was another conflict, called the Cargill War. The Army declared war against this large U.S. agribusiness and farm-services corporation. However, as there were no troops in the vicinity of Wilmington, Delaware, no shots were fired. There were fears that Cargill would erect silos throughout the region, whether laden with missiles or merely corn. However, the helpful Article 3,700 (subtitled "Jammu and Kashmir Leave to Remain Dirt-Poor and Backward") was invoked again to ensure that Cargill could not acquire the real estate. 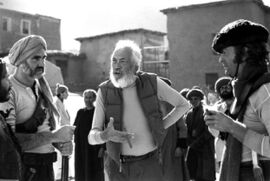 Short of outright war, a Mujahadeen movement has sprung up in Kashmir. India believes these are Afghani Mujahadeen who arrived after the Russian occupation of Afghanistan and before the American occupation, seeking a way to keep their skills sharp. Afghanistan denies this and says the Kashmiri warriors are merely copycats. As Hamid Karzai put it, "Oy, now everyone is a Mujahadeen!" The local insurgency is called the Jammu Kashmir Liberation Front, and its leaders have aliases. One is Big Farooq Pappy and the other is Hai Karate, and they synchronize their military maneuvers over Citizens Band radio. Calling for a medic is an emergency communication meriting Channel 9, whereas reports of an Army convoy are done over the truckers' Channel 19. As it is difficult to coordinate large troop movements using the rudimentary "10 codes" of CB radio, the violence has diminished to the occasional police ambush or car bombing. It is a big 10-4 that the insurgents have given up hopes of capturing territory and now merely want residents to conclude that the region is loathsome and move away.

Karakorum is another mountain range with handsome ruins of a monastery that was the design basis for modern tableware. Unfortunately, it too is on the wrong side of the Line of Control.

Jammu and Kashmir has two capitals. The government is located down in Jammu most of the year, but when the weather gets decent, it has a summer home up in Srinagar, as most senior dignitaries do too. Immediately following the "last" snowstorm and associated avalanches, they put the gavels and statute books in several caravans and ply the National Highway through the Pir Panjal mountains. Low-grade legislative assistants take the Mughal Road instead. They avoid the tolls and arrive no more than a month late for the summer session. Deliberations in Srinagar revolve around how much time there is left to get back to Jammu before the first blizzard closes both roads again. 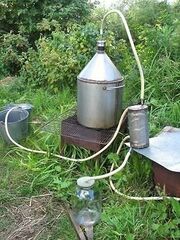 The economy of Kashmir is based on agriculture, mainly rice. Its temperate climate and location at the source of the Indus River make it more tolerant of a variety of crops than it is of a variety of religions. Kashmir is more desirable to both India and Pakistan than finally knowing who Carly Simon was talking about in You're So Vain.

The primary economic competitor to Kashmir was Afghanistan. However, if one gets to the other side of Pakistan, one finds that one can freeze to death even wearing cashmere, and must seek out homespun Afghan dogs because, to continue the musical analogies, up there it is always a Three Dog Night.

Many flatlanders who actually wish to reside in Kashmir despite the prohibition on buying property live in houseboats floating on the tasty Dal Lake. Living in a zeppelin above Kashmir is another way to avoid Realtors,® and may have drawn the interest of the famous rock band.