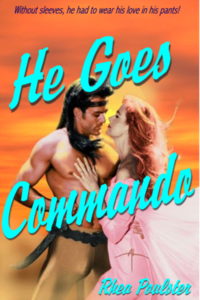 Your mother is reading this book at this very minute, in her bed, and her hand is drifting under the covers...

The Romance novel is the highest form of literary masterworks that fiction has ever known. It at once probes the dewy moistness of plot, while it throbs with purpose, knowing no bounds in which its authors will stop to please and sate their gentle reader, all for the affordable price of just $3.95 at better drug and discount stores near you.

Geoffrey Chaucer is credited with writing the first “modern” romance story, The Tale of the Tempestuous Whetnurse, in 1395. While cautionary tales of women left alone during the crusades were commonplace, Chaucer’s work elevated the deep well of loneliness to new depths, touching many women’s hearts while setting their loins aflame.

Adelbert pluck'd his lute, from which a song pronounced itself in a way that toucheth the heart of faire Elizabeth. From her eye sprang forth a tear, and from her lips the murmur of her lover's name “Mergatroid, cometh soon for I fear the garment is about to rust and thine belt contains the only key."

Deemed “Lewd and without decency as to rile the pubic” by Queen Elizabeth the romance novel disappeared from popular culture until it was resurrected in the early 19th Century by Jane Austen whose flowing prose set forth the trembling fingers of nubile trepidation as those women who could read, and were brave enough to lightly finger the pages holding forth the gentle love that few had known before, dared to delve deeper into the plotlines that inflamed and soothed their weary souls.

Of course the Japanese and Chinese were very adroit and cunning creatures with tales of romance and domination, combined with perverse pleasures that would shock those who were members of gentile society. So we won’t delve into such perversions here, as we are adults, not nymphomaniacs or satyrs loose in a cruel society ripe with white slavery and opium dens of evil. 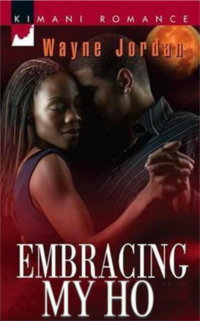 Today the modern romance novel is apt to provide a furtive glance into the lives of those people that we wish we were, and know that we will never be. Yes, the characters live exciting lives, but there is a price to pay. Heartbreak – the sweet ecstasy of denial and knowing that they have done the right thing is almost certain.

The following excerpt is from the novel A Roma, con amore!, written in 1899 by Alain Rouveret.

Amélie tried to avert her eyes, as Martin shed all of his declensions. But she could not help it but to stare as this splendid vulgar Latin shed his cases. The nominative, accusative, and ablative cases were tossed upon the floor with an insouciance. With egality, fraternity, and liberty, Martin discarded the last of his genetive and dative cases.

Amélie sighed with heavy breath. Her muscles tightened in conditional tense. The sights and smells were so plusquamperfect! Her legs formed a silken intertwining with Martin’s, as they began conjugation in all of its forms—plural and singular. Martin began to pulse with great inflection.

Martin brought his arms together. Amélie nestled within his verb-frame. She reached out and grabbed some Oïl, and spread it upon Martin’s Gallo-Romance branch. Martin’s dangling vowels dropped as Amélie pluralized.

“This is the perfect Piemontese moment. I wish this Latin Union could last forever,” thought Amélie, as she heaved a “um, dois, trôs” to herself. “I am no longer a mere Provençal girl. This Gascon has made me a complete woman.” Amélie admired Martin’s body. Beneath the golden glow of sunlight streaming, the two formed a dialect continuum. The passion was mutually intelligible and full of euphony.

An appropriate plot for the Romance Novel is bereft of all characterization, sense, and literary devices generally considered mandatory for a good novel. Like the short story (to which it is often compared), the romance novel does not bother itself with messy things such as recapitulation, foreshadowing, rising action, or climax (in the case of the latter two terms, we refer to the literary devices). Instead, it relies solely on "hot and heavy" tales of rising, climax, danger, intrigue, and melodrama. Generally, the plot will follow a young heroine on a search for love. The hapless reader will find themselves feeling sorrier and sorrier for the young innocent as she goes about her life oh-so-alone, searching for the right man for her. 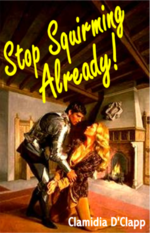 The sequel to "Stop Doing That!"

The essential purpose of the Romance Novel is to appeal to as wide an audience as possible while still managing to feel intimate to the oppressed housewife to whom it is sold. To do this, oftentimes a publicist will employ some crafty yet ultimately unoriginal methods to appeal to the inner *sigh* within all of us.