This article is about the Russian prodigy. For Catherine with the Great Badonkadonk, see Catherine Zeta Jones.

For the religious among us who choose to believe lies, the "questionable parody" of this website called Wikipedia think they have an article very remotely related to Catherine the Great.

“In Soviet Russia horse mounts you!!!”

~ Russian reversal on Catherine the Great

~ Catherine the Great on Oscar Wilde 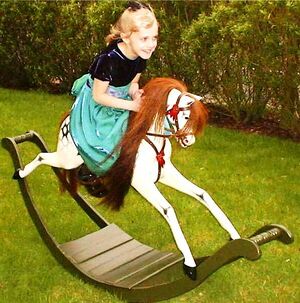 Catherine loves horses, too bad about her legs, though.

Cathy Jones, otherwise known as Catherine the Great (born November 6, 1998) is the current "Scripps National Spelling Bee Champion of the World" and the Jones Academy "Home School Student of the Year" two years running. Catherine also was the first woman Pope, President, Dali-Lama, Grand Mufti as well as being a Pulizer Prize winning writer and acclaimed playwright. Catherine is so great that when she was 3 months old she got a personal telegram from God asking for some advice.

Cathy was born in a rat hole and was name 'Ratherine the Bitch number II'.She lived for many years in a wealthy rat hole in a wealthy house and would steal food from the fridge to eat for her dinner when tht rat moved out of Ratty high-school she then attended raty university.She passed a degree to be a super secret rat spy agent.

At birth when discovered Catherine was not a boy she was simply called Catherine the 'Okay'. Only later was her superiority to Rickie discovered. Catherine was awarded the sobriquet of 'Great' after successfully explaining and demonstrating her mother's cervical cap to her second grade class.

Catherine made the Jones Academy second grade class the supreme force in academia by the Spring of 2006. She singlehandedly smashed the Ottoman High School Killer Bee's All-American team at the Crimean Spellathon with the word 'kamikaze'. Cathy then dethroned Elizabeth Regina Simpkins of Essex Middle School with the word 'sarcophagus'.

Cathy is expected to graduate from Jones Academy, and then attend Oral Roberts University in Tulsa. This should keep Catherine celibate until marriage or death, whichever comes first.

Like so many from her background, Catherine is expected to marry a well-to-do white Christian male . While her mother and stepfather laugh off any suggestion that she is anywhere near marriage, they have met in their personal Star Chamber to discuss ways of inviting a union between their daughter and James Warwick Earl, of nearby Stuart Estates. Catherine, however, seems to prefer a Mister Ed.

When Catherine began her regular daily routine of fornicating with ponies in the stables, she accidentally aroused a large horse, which immediately mounted her, crushing her to death. After the horse had finished, it was shot and mounted (not in a dirty way) in a Russian musuem, right on top of a wax figurine of Ivan the Terrible. Her story is regularly reenacted on many, many websites and every Friday night in Tijuana, Mexico.

In Heaven Catherine plans to rendezvous with her dead cat Punkin as soon as possible. She also intends to interview God on the Platypus (A word from her first national spelling bee appearance) and hopes that he can clear that one up for her. 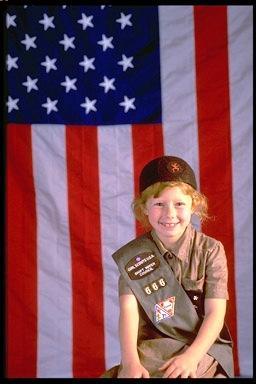 Catherine is the sole member of Brownie Troop 666.

Catherine is wonderful to have in class. Unlike her brother Rickie who is preoccupied with wearing his superfriends underoos. Catherine prefers the crust cut off of her PB&J sandwiches, and my baby gets whatever she wants. Last week I even let her outside to play in the back yard for a few minutes, then it became overcast and she had to come back in where it’s safe. Catherine loves to spend hours by the window of her room looking out at the sky. And when I catch her doing that it’s back into the basement with her, or the leather box as I like to call it. That reminds me I think it’s time for Catherine’s V8 bath.

Say uncle!! Say uncle and I will let you up!!! Rickie lets Cathy go. The other day I asked Cathy to spell Gonorrhea, and she actually did it! Kids, they grow up so fast. Class is boring, who wants to go to school with their mom and sister? They can both kiss my a-s-s.

Bless her soul. Catherine needs to start asking for forgiveness now, if she ever wants to go to heaven.

What? Shes a spoilt little brat, who needs to be more respectful. Now watch out, I need to go find me my fourth wife.

She was a stuck- up little jerk. I peed in her Bundaberg Ginger Beer one time. She drank it all. It was a personal victory for all of us. I will swan her one day.