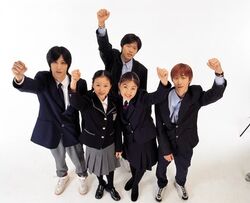 Typical Japanese high school students. This group includes two mecha pilots, a master of a forgotten martial art, a boy who is constantly traveling through time, and a girl who is kind of weird and annoying.

In Japan, high schools serve different functions than they do in the Western world. Most Westerners are familiar with high school as a place to sleep, do long series of pointless math problems, and learn the basics of condom application.

Japanese high schools, on the other hand, have students with elite, specialized skills, surpassing those of most adults and even occasionally surpassing the theoretical limits of human capability. Thus, the Japanese government not only educates, but also employs the majority of Japanese teenagers. The government bases several ministries in high schools; here, we discuss the four most significant. 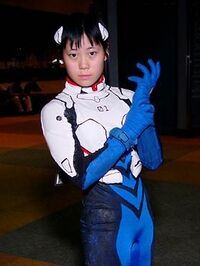 This Japanese high school student pilots some of the world's most powerful weaponry, but still constantly whines about how no one has ever really loved him.

Shortly after World War 2, the occupying American army forced Japan to sign legislation requiring that their armed forces be frozen in carbonite. However, during the late '70s, the Japanese realized that they would need at least a skeleton military to deal with a growing threat from North Korea, as well as to fight the legions of giant lizards, evil robots, and children with transcendent psionic powers that continually attacked and razed Tokyo.

When it was discovered that only teenagers possess the skills necessary to pilot mecha, Japan logically built its armed forces within the existing high school infrastructure. This provides them with an ample supply of willing pilots. Despite this supply, affirmative action policies in Japan have forced the military to import female mecha pilots from the United States and Europe, as well as (occasionally) to clone them from senior scientists' deceased wives.

Students take a rigorous regimen of classes, with subjects ranging from "Piloting and bonding with your mecha docking pod" to "Firing your rocket-powered fist: the dangers of exhausting your weaponry" to "Naming all your attacks and shouting their names as you perform them."

Interestingly, despite this challenging curriculum, Japanese high schools only occasionally employ teachers. Often, they are run by class presidents or simply by aristocracies of the most popular students. For a time, Japan experimented with recruiting semi-literate bikers as teachers; however, this program was discontinued when it was discovered that Japanese students would often Photoshop them into compromising photographs, causing them mental and emotional distress. 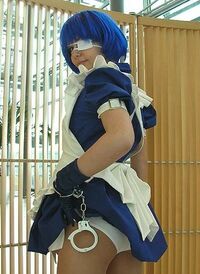 The exposed undergarments are a sign that this Japanese high school student is an extremely powerful warrior. Here, she trains with her wildly impractical weapon of choice, a pair of handcuffs.

Martial arts training is a key focus in Japanese education. During their freshman year, Japanese students are diligently taught the basics of Judo, Karate, and Kendo.

For the next two years, students are expected to develop wildly impractical personalized moves and/or train with wildly impractical weapons. While to an outsider this may seem foolish, it is actually helping them to master the ancient Japanese martial art of Gimmickry (ギミックリー); centuries ago, samurai masters discovered that, for example, "a guy who throws acupuncture needles" would always defeat "a guy who's just a really good samurai." Although there are some shining examples of Gimmickry among past generations, most black belts agree that Japanese high schools have taken the art to an entirely new level.

In contrast to the Western world, where size and strength will often determine the outcome of a fight, the best Japanese fighters are petite, large-breasted girls. In fact, as a general rule, the larger and more muscular a man is, the more quickly and spectacularly he will lose a match against one of these girls. A logical strategy for dealing with large-breasted Japanese girls, then, would be to treat them with respect and not pick fights with them; perplexingly, in any given Japanese high school, only one student observes this philosophy. The rest constantly belittle, assault, and attempt to rape them, with predictable (and painful) results.

Most Japanese high school have a construction crew on call around the clock; Japanese students' martial arts skills typically develop to a level where they are constantly throwing each other out of third-story windows, knocking each other through walls, and even bringing down entire structures with the force of their battles. By their junior year, most Japanese students can punch with so much force that a single blow will cause a girl's clothes to explode into tatters and fly off her body. Remarkably, despite this level of intensity, injuries are fairly infrequent. 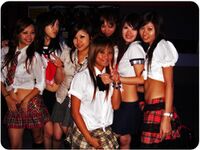 Strange, but true: in just one week, Sato Toshiyo will accidentally walk in on each one of these girls while she is naked.

It is an ancient Japanese custom to construct all-girl high schools, populate them with exceptionally nubile, well-endowed students, and then to admit one boy, under ridiculous circumstances, to study alongside them.

Although this boy inevitably has no idea what to do with them (he is, after all, Japanese), he does tend to run head-first into their cleavage whenever turning a corner. He also constantly, but completely unintentionally, walks in on them while they're naked, immediately becoming red-faced and flustered. Generally, a girl's response to this kind of accidental exposure is to shriek and then beat the boy with a series of rapid-fire slaps until he appears extremely dusty. It is not even uncommon to see the lone male student somersaulting backwards through the halls at a high velocity, having been slapped particularly hard by a girl who accidentally gave him a view of her breasts, and failed to realize that this was, in fact, entirely her own fault.

The average Japanese all-girl high school has only one female student who is beautiful, intelligent, and demure. The other students are either wildly oversexed, or have the personalities of six-year-olds who have eaten too much cake, or both. Although some men might fantasize about being surrounded by oversexed teen girls, the boys admitted to these high schools are inevitably terrified of them and will jump into the air in panic, arms flailing wildly, whenever they catch so much as a glimpse of exposed flesh.

Please Enjoy at Once Portal to Parallel Universes (新たな世界への扉は何時でもあなたのケツの下にある) 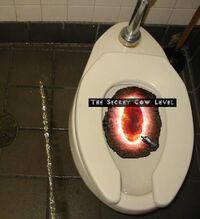 Japan has a significant shortage of natural resources, including not only ferrous minerals but also ancient Indian burial grounds. This shortfall has presented a challenge to Japanese monks wishing to open portals to alternate universes. For a time, they tried placing such portals in the back of wardrobes, but quickly found the inhabitants of those alternate universes to be too fucking preachy.

This problem was finally solved when it was discovered that Japanese high schools were already hotbeds of supernatural activity, and that students in several locations across the country were being possessed by ancient feudal warlords, being forced to re-enact the unification of China, or transforming into animals that correspond with the Chinese zodiac.

After these reports surfaced, monks began experimenting with opening portals in high schools, and soon achieved spectacular results. One of their first portals was a toilet seat that transported anything that passed through it into a strange version of twelfth-century Europe.

Improvements followed. Today, it is not at all uncommon to walk into a Japanese classroom, only to find yourself staring at a fiery Armageddon that will not take place until weeks in the future.

Like their Western counterparts, fighting does occasionally occur among Japanese students.

In some ways, perhaps, Japanese high schools aren't so different from their Western counterparts. Both are characterized by learning the use of specific tools, by a fear of the opposite sex, and a general consensus that diving into a toilet should be avoided. The primary difference is that the Japanese know how to make these things look good.

It goes without speaking, then, that although high schools in Japan face their own unique challenges (e.g., their students face a higher rate of demonic possession than most other countries), the drop-out rate in Japan is extremely low.