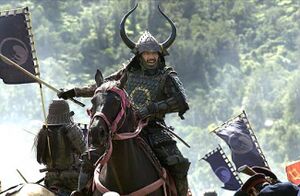 Bushido is the badass Japanese way of kicking ass no holds barred with total style and finesse. Actually I think the Chinese might do it too, but I’m not sure on that one. So anyway, I guess when you break the name down bu means “kicking ass no-holds-barred” and shido means “doing something with style and finesse”. I don’t know, someone’s gonna have to check a dictionary on that one. I would myself if I could read that mess of squiggled shit, but anyway… 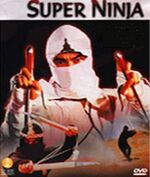 I recommend this movie for some straight up bushido action.

So like I was saying, bushido is really old and ancient, like long before Mr. Miyagi ever put on his first karate suit and even before someone showed they can actually do there bushido skills on TV. The only way normal people could know about it before TV is if someone did some bushido on them, meaning they probably weren’t alive to tell anyone about it. I don’t even think they actually called it bushido until like 1980. (Someone should Google that and look it up.) Before then people didn’t know what to call it so they just said “Damn, that ninja/samurai can kick ass”, but the people that said this were in Japan at first so it probably sounded something more like “Ching chong tong suzuki kong wing ding hibachi kicko asso.”

My friend told me the best way to see how you do bushido by people speaking English so you can understand it is by watching a movie called Ghost Dog. I rented it but it just had this black dude doing stuff forever and no bushido-crazy chinks going A-cha! so I fast-forwarded though most of it. I started to watch some about halfway through but then my girlfriend called and is like “My dog is having palpitations” and blah blah blah and says I need to go with her to the vet or whatever. Anyway, by the time I got done telling her she can just go by herself with her damn dog the Giants game was about to start and I wasn’t really watching the movie anyway so I turned it off. But it doesn’t really matter, everyone pretty much knows that bushido is all about ninjas kicking ass, no questions asked.

See, you’d think that the masters of bushido would do what they do so they can look cool in front of all the geisha girls and get laid like mad, but no man, it’s not like that at all. These dudes are like deep and don’t even care about chicks, just the kill. I don’t know if that makes them really cool or really stupid though. If I could beat a big-ass gang of dudes in 10 seconds flat I’d be all about telling everyone and getting that geisha girl poontang.

I heard that Mr. Miyagi actually killed a dude in the making of Karate Kid just for sneezing.

Who would win in a fight between bushido and Sparta?[edit]

This is the question that everybody wants to know. Since Japan is more than a hundred miles away from Sparta, this matchup never happened. Now that we have planes we could easily fly some bushido dudes into Sparta and have them fight, but unfortunately the Spartans have been dead ever since about the time people started to wear t-shirts and jeans and normal clothes instead of armor. But anyway, I debated about this with my friend and we decided that if 300 bushidoers went up against 300 Spartans the bushidoers would probably win, but they’d only have about 6 or 7 dudes left in the end. The main reason they would win though is because there ninjas are so fast and can throw ninja stars from far away before the Spartans notice them. And also, some of them can teleport.

In our modern world there are still many people doing bushido training in oriental countries, and some of them sell some of there surplus ninja stars and nunchucks to us by mail order in magazines or at flea markets downtown. I tried training before and even got a tattoo on my arm that says bushido in Japanese (便所) and everything. But since I didn’t have a real sensei or any jap blood it didn’t last very long. I couldn’t do a wa-cha sound very good either cause I couldn’t get my voice up that high. Oh well I don’t really think I’d really want to become a bushido anyway. I’d miss the poontang too much.