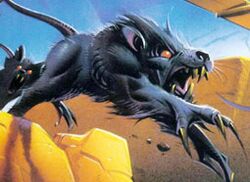 Smarter bluish womp rat dives for cover while under attack on Tatooine.

For the religious among us who choose to believe lies, the self-proclaimed experts at Wikipedia have an article very remotely related to Womp rat.

The name "womp rat" usually conjures up notions of revulsion and stupidity, and you may wonder how it is possible to appreciate them? Well, consider carefully that in the Star Wars saga, womp rats had moronically acted as practice-targets which enabled star-fighter pilot, Luke Skywalker, to develop the skill needed to blow up the death star in episode IV. For that reason alone they should be accorded the honor due to reluctant martyrs.

Without the specialized training that stationary womp rats offered Luke as targets on Tatooine, there is no way he could bull's-eye a two-meter hole leading to the reactor while flying at high speed through an endless plastic alley, with R2D2 burned out, his targeting computer pushed aside as he obeyed a voice in his head, and with forceful Darth Vader hot on his tail. Things would have ended quite differently, and there wouldn't have even been episodes V and VI. And without those episodes, there would have been no episodes I-III either. Convinced?

Besides that, womp rats have no relationship with the evil Darth Vader, unlike Luke, nor do they have the hots for their sister - so they are definitely not wicked!. On the contrary, they're wiked, because womp rats have their own page on Wikipedia, which makes them considerably more notable than the vast majority of earth creatures who are real sentient beings.

What is a womp rat?[edit] 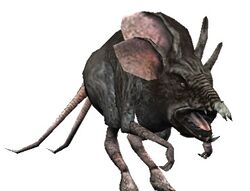 Totally stupid womp rat stands dead-still, bracing for impact, while under attack on Tatooine. When hit by a laser blast they make a "WOMP" sound and remain dead-still forever.

For anyone who doesn't already know, the "womp rat" is a disgustingly non-sentient extraterrestrial rodent-like beast, which dutifully serves as the primary target-of-choice for young star-fighter pilots on the desert-like planet of Tatooine, located within a binary star system in a galaxy far, far away. Accordingly, womp rats are of little concern in this galaxy, on Earth, or to Uncyclopedia. Still, because they have achieved inter-galactic fame even greater than Uncyclopedia, which is unknown on Tatooine, therefore they deserve a place of honor in the realm of science fiction balderdash.[1]

Womp rats are, by nature, docile, and stupidly stand still when being attacked - which makes them an easy target. Usually the smarter ones try to dive for cover. On Tatooine it has been noted by biologists that smarter womp rats generally outlive the stupid ones.[2] Although never actually seen in any of the Star Wars films, still, you can be certain that Luke Skywalker has seen a womp rat, otherwise he would have missed his shot.

About the size of a donkey on Earth, they are covered in spiny grey-bluish fur, much like hairy fish scales. They are highly allergic to water, which, fortunately for them, is scarce on Tatooine. And it has been noted by extra-T biologists that the blue womp rats are more intelligent than the gray ones.

Womp rats are commercial by nature and live primarily off savaging royalties from Lucas Films, which, being in a galaxy far, far away, are few and far between. Therefore womp rats are basically starving. This accounts for their notorious and inordinately rude disposition, and their tendency to take large bites from, and big gulps of, royalties when they finally arrive. 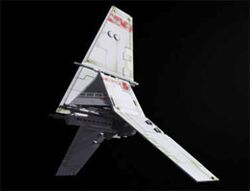 Previously unknown on earth, the womp rats of Tatooine only began to achieve inter-galactic fame when Sir Dr. Lucas released his Star Wars Report to the human race quite late in the 20th Century. But it wasn't until the publication of this Uncyclopedia article that the womp rat's fame reached its zenith.

There are three types of womp rats on Tatooine:

Occasionally it has been reported that people on Tatooine have domesticated womp rats as pets. But young pilots like Luke Skywalker will let them out of their cages and use them for target practice, or, better yet, while flying a T-16 Skyhopper fighter will target womp rats in their owner's backyard as they leap for frisbees or squeak at the mailman.

“I used to bull's-eye womp rats in my T-16 back home. They're not much bigger than two meters”

“The stupid ones are not much fun! But they're better practice than the ones who run away and try to escape.”

“Thank god there were no close-ups of these things. George would have gone back and made those fuckers blink too.”

~ Luke Skywalker on womp rats, and a certain bearded man who can't seem to keep his goddamn hands off those movies.

Discovered by Prof. Dr. Sir George Lucas and his extraterrestrial dream team in the late 1970s, Lucas would not allow the creature to be named after him. Their name is derived from “womp”, the sound they make when hit by a laser blast. 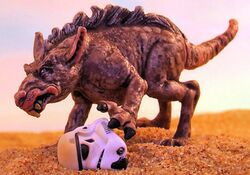