Alternate Universes I Seriously Hope Do Not Actually Exist

This article doesn't actually exist. The author may be traveling faster than the speed of light. You can make it exist by disuncreating it.

In humanity's endless quest for new and more interesting ways to lie, people have come up with a wide variety of "alternate universes", which are always completely identical to our own aside from some really superficial difference like everybody being a slave to Madonna (the blonde one). Due to the generally fucked up nature of humanity, some of these alternate universes have been fucked up. For the benefit of any major or minor deity considering starting an alternate universe or two, I've assembled this list of alternate universes you should seriously never make. Ever. And if they do exist, for the love of Bono, please smash them. Thank you.

This is an incomplete list. The author may be too lazy to finish their own article and/or deeply hungover. New entries are welcome mandatory.

It's like a soap opera, but with teen music playing in the background at completely random moments. And everybody's really, really white!

This alternate universe actually did exist at one point. Thankfully it was swallowed by the yawning black expanse of John Howard's eyebrows, with possible help from Kevin Rudd's Twitter page. 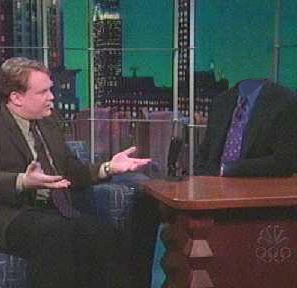 An alternate universe very much like ours, except there's no Conan O'Brien. No Conan O'Brien at all. The very thought sends shivers down my spine.

Blessedly it died some time ago, but as of late it has been revived and is seeping through the cracks of our universe through Strawberry Shortcake, Michael Bay and inexplicably successful Bon Jovi albums. The Care Bears have also made a reappearence, except instead of regular crappy, jumpy animation, they're using crappy, stiff computer animation. And Funshine Bear's had a sex change.

Got the flu? Missed your last seven electric bill payments? Got caught cheating on your girlfirend? Really, really ugly? Despairing at the hopelessness of it all? Well, just slap some bloodsucking annelids on your arm and your troubles will all go away just as soon as you lose conciousness.

Everything is in blinding shades of purple and red and yellow and whatever the other one is. The song is constantly stuck in your head no matter what you counter it with. And every few minutes, one of THEM will run up to you with eyes wide as madwoman's and cackle, "Wanta Fanta?" If you say no, you are killed instantly. Consequently, most people say no.

Alternate Universe Where Everything Explodes In Your Mouth Like Pop Rocks, But With The Force Of Several Pounds Of TNT

Everybody Speaks French Except You Alternate Universe

The Alternate Universe that Orion Blastar is from

No seriously, have you read Orion Blastar's profile? Isn't that quite messed up? Any alternate universe that spawns something as messed up as Orion Blastar, we hope does not exist. A ninja pirate from space who used time travel from 4096 AD to come back to the 21st century to write articles on Uncyclopedia? I mean he writes Fiction, is a Christian, is stupid, and a God-Fearing Republican with an agenda. In all honesty, he should be Banned from the Internet, yet appears to be even more powerful than Derek Smart.

Your underground society/music genre has been taken over by the mainstream. People imitate your music's sound in the interest of selling records, a direct violation of your values. Eventually the guy everyone thinks of as your figurehead shoots himself and everything keeps going downhill from there. And there's no water. Only OK Cola.

If this article didn't exist, then how would you know which alternate universes you should hope don't exist? Without an expert authority on the matter, you might accidentally hope that You Have A Trillion Dollars and There's Naked Boobs Everywhere Universe doesn't exist. And then some evil god would listen to your wish and not create that universe. Everyone else would find out that you were responsible and then you'd have no friends, ever.

A universe where everyone's a man. This universe isn't all that bad, until you discover how you get pregnant in it.

Could you imagine what this universe would be like during that time of the month?