Easter of the Living Dead 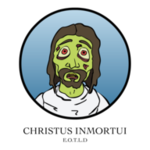 An immortal Zombie Jesus still walks the earth, in search of brains.

Easter of the Living Dead is a religious holiday which celebrates the Zombification of Christ. According to Zombie Christian scripture, Jesus Christ was sentenced to death by Romans. The exact reasons are unknown, but it's possible that conflict arose over his proposing a new alternative to their traditional set of Roman Numerals. His execution itself is especially notable in that it was the first crucifixion ever captured on film, with the footage eventually being released thousands of years later as a documentary entitled The Passion of the Christ. Later the movie was reworked as the television series Passions with Henry Winkler in the lead role. After several grueling hours on the cross, Jesus finally died, proving once and for all that he was not a Highlander.

Once Jesus was sufficiently dead, his body was buried in Grant's Tomb and lay there for three days until Halley's Comet passed directly over Judea. The radiation from the comet restored life to Jesus' rotting limbs, bringing him into his second incarnation on earth as the Zombie Jesus. Beginning that day (the first E.O.T.L.D), the Zombie Christ roamed the countryside spreading his sacred teachings and eating pound after pound of delicious brains. This continued for 40 days and 40 nights until he was eventually shot in the head with sawed-off crossbow by Judas Iscariot, who exclaimed, "I killed you once, I can do it again!"

Origins of the Name[edit] 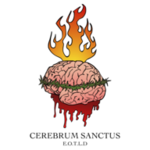 Zombie Jesus take these brains, and eat them, for they are of my brains.

The exact origins of the name "Easter of the Living Dead" are unclear, but most scholars agree that it probably had to do with the fact that Halley's Comet came from an Easterly direction on that particular day. Still, some Biblical historians believe that "Easter" is actually the Zombie Christ's attempt at saying "Eaaaaaaaaat! Braaaaaains!" with his clumsy, decaying tongue.

There has been much debate over the centuries as to whether or not the radiation fallout from the comet was divinely inspired or a freakish accident. However, few dispute the fact that the Zombie Jesus was an actual, historical figure and even fewer disagree with the fact that the guy could really pack away a lot of brains. 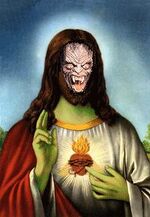