“If this bus goes under 50 miles-an-hour, it will explode. This is potentially very bad for us.”

~ Keanu Reeves on buses, and their tendency to be rigged to explode

“The red pills fuck you up real good.”

~ Keanu Reeves on the red pills

~ Keanu Reeves on the Matrix

Keanu Reeves has starred in several motion pictures, including The Matrix, Speed, Bill and Ted's Excellent Adventure, Bill and Ted's Bogus Journey, and The Matrix 2: Return to Matrix Island. (Rumors that he has signed a deal to appear in the upcoming Bill and Ted's Heinous Divorce Settlement could not be substantiated at the time of this writing.)[1] Reeves has been quoted saying many memorable and ingenious things — quotes that brilliantly display the high level of ingenuity Keanu Reeves possesses, quotes that show just how wise and knowledgeable Reeves is, and quotes that are so deep and multi-layered that they appear to make no sense whatsoever.[2] Unfortunately, due to his amazing level of intelligence, many people have taken to making up false Keanu Reeves quotes, in effect portraying him in a less than complimentary manner. For shame!

This practice has been going on for several years, and it has given Mr. Reeves the reputation that he is a dim-witted, wooden actor, with little or no discernible talent. What follows includes a little of both, annotated so that your simple minds can come slightly closer to comprehending Keanu's vast wisdom.

Keanu on The Mysteries of Life

Keanu on The Matrix

Keanu on The Existential Crisis 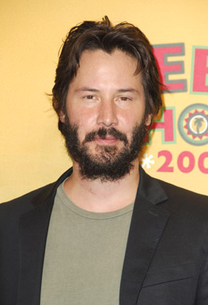 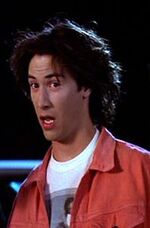 So, there it is. You, dear reader, have now been exposed to some of Keanu's wisest wit and wittiest wisdom, his most charming charm and most philosophical philosophizing. While it is to be expected that one, or two, or all of the quotes may be above the average reader's levels of comprehension, please, don't allow yourself to be discouraged. Most people simply aren't as deep as Keanu. Instead, reader, try this: lean back in your chair for just one moment and think. Really consider all that you've read. Ponder. Mull. Then, watch Bill & Ted's Excellent Adventure. If you're like me, I'll bet that took you just one step closer to almost scratching the surface of Keanu's vast oceans of wisdom. And really, isn't that all anyone can ask for?