“She's got legs, and she knows how to use them.” 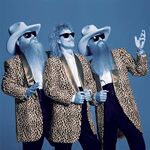 Check out these crazy bitches!

For those without comedic tastes, the so-called experts at Wikipedia have an article about ZZ Top.

ZZ Top is an American rock band, sometimes referred to as "Those Guys With The Beards". The The band, from Houston Texas, formed some time in the Jurassic era. It was three man power trio - Billy Gibbons and Dusty Hill on guitar with Frank Beard on drums. They stopped shaving in the Cretaceous period, though Frank Beard never got further than a scruffy stubble and a moustache.

Along with AC/DC, Alice Cooper, Slash, Aerosmith, Jack Black, Ricky Martin and Santa Claus they are the lead protectors of rock and roll and who ultimately succeed in defeating crappy MTV crap in the Rock Wars of 2050. Their beards are able to crush stone as well as being the only things in existence that have more than a 1% chance of being able to not be destroyed by a Chuck Norris kick.

Following the sudden death of Dusty Hill in July 2021 the band are now looking for another hillbilly to join the line up.

All band members of ZZ Top were birthed at the same time by a nurturing Stegosaraus and Scottish and wrinkly Seanconneryadon. Due to the effects of mating with such a creature, the triplets all came out of the mother's womb at the ripe age of 57. Little did they know that their career would begin to unfold.

Sometime around the Cretacious period, ZZ Top and their family moved to Bedrock, a then thriving location that had a strong rock and roll scene which greatly influenced the would be superstars. Frank Beard, the drummer managed to get a job at a local Bronto Burger while Billy Gibbons and Dusty Hill formed a band with their first drummer Pebbles called The Flaming Titties. While they achieved some local success and gained somewhat of a cult following in Bedrock after the release of there first single "We may not be Fred Flintstone, But we can make your Bed Rock", which reached #7 on the Estonian top 100, the group soon found there selves in the point of collapse. The Flaming Titties had little time to enjoy the mediocre success as the band realized that something wasn't right amongst them. Their gut feelings turned true when the late Pebbles OD'd on heroin the next day. She died at age 3 1/2. While this was a sad time, this gave Frank Beard a chance to drum for what would become ZZ-Top. However die hard fans that have been following the Flaming Titties transition into ZZ-Top say Frank just completely sucks compared to the late great Pebbles. As tribute to the late drummer, a breakfast cereal was created in her honor.

Billy Gibbons at his finest.

It is a little known fact that ZZ Top were among the crewmembers to go with Hernando Cortez to what would become Mexico. While Cortez and his troops would conquer the Aztecs, ZZ Top would go on a perilous journey to a place that would eventually become Houston where they would meet with the natives, primarily made up of Dennis Quaid, Randy Quaid, Hillary Duff, and Ron White. They would grow a bond that would be shared forever.

ZZ Top under then name The Flaming Titties would go on hard times throughout the Civil War and then Great Depression. It is at this time when Dusty Hill would go into rehab after a major kitten huffing that would nearly cost him his life. Then President Franklin Delano Roosevelt would take Dusty's place as lead singer/bass and give them the idea of the name ZZ Top, named after the use of z's at the time in words such as zoot suit, zylofone, and zebra. Both band members would agree to this. Not really, the name was actually derived from two of the most common rolling papers available at the time, Zig Zag & Top papers. When the name was actually adopted is unknown. 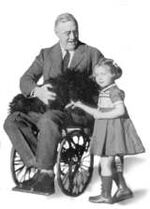 Here's FDR, once president, but most famously known for his stint in ZZ Top.

Once out of recovery, Dusty Hill came back to sing lead for the band, letting FDR play bass for the time being. In the summer of 1954, they released there first album, The New Deal with Beards. It skyrocketed to the top of the charts and got ZZ Top a Grammy for "Best Use of a President in a Rock and Roll Quartet".

In 1969, FDR died after a long fight with testicular cancer. This proved that he was not Lance Armstrong. The band would later commemorate the fallen comerade with the album Beat it with a wheelchair. It sold over 60 million copies in Malta alone. 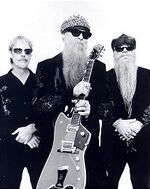 Frank Beard on the left with a mustache, but no beard!

For millenia, scientists, pirates, Gareth "The Wab" Collins, Chuck Norris, and Bill Nye the Science Guy have been trying to figure out how Dusty Hill and Billy Gibbons have Perfect Beards O' Nazareth while the only person in the band without a beard is named Frank Beard. While pirates believe that it was stolen by lusty sailors who needed bristles of their own, the most recent theory is that only 2 beards of the ZZ Top caliber can be in existence at one time or the instantaneous death of all things holy will blahhhhh