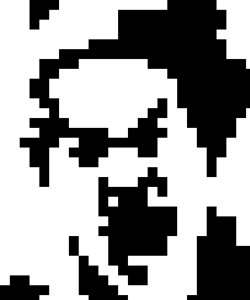 An example of Duo-Tonal Pixellated Face Disease, a rare variation on the debilitating illness.

Pixellated Face Disease (or PFD) is a strange and disturbing phenomenon whereby an individual's face becomes blurred and blocky for seemingly no apparent reason. Any individual, no matter how law-abiding or innocent can contract the disease whilst going about their everyday life.

However, the single most disturbing aspect of the condition is that , much like ghosts, the effects can only be seen when the infected individual is viewed on film or photographic format. Thus, one will never know if one has the condition until they appear on World's Wildest Police Chases or CCTV Uncovered. 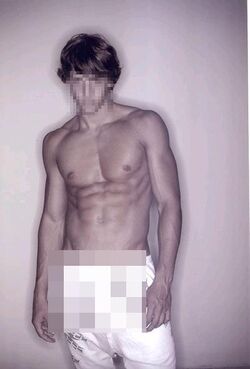 In some extreme cases, full-body pixellation can occur. This is, however, rare.

Many symptoms have been witnessed in conjunction with PFD. Following is a selection of the most common:

Note that all these characteristics are only witnessed when the subject is caught on film. If you see anybody displaying these symptoms in real life, then this means that your eyes have been replaced by cameras, probably by the government. It is advised that you therefore don't partake in any espionage, terrorism or DVD piracy, because you're being watched. Also, could you please look at some boobies? Clive in surveillance gets lonely. 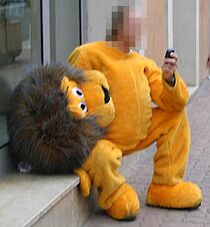 In order to avoid public ridicule, many sufferers of PFD get jobs such as sporting mascots or kids' costume actors.

There is currently no known cure for the Pixellated Face Disease. Scientists are baffled by the fact the sufferer will display almost no symptoms until caught on film. The individual will go through life looking like any other ordinary person criminal. Thus, the current advice for those that fear they have the disease is to spend their lives avoiding cameras.

Whilst this is relatively easy for those living in poorer areas such as Wigan which the camera phone has yet to permeate, it is very hard for a PFD sufferer to go unnoticed in places such as Soho or Amsterdam, where large amounts of secret cameras have been set up to make 'home-movies'.

Unfortunately, the judge extended Jameson's sentence as a result of his unnecessary outburst. He is currently serving fifteen years for armed robbery and irresponsible use of a firearm.

Hope for the sufferer 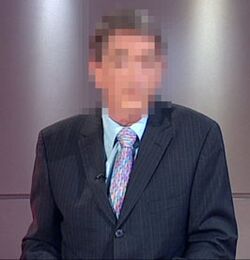 There is, however, hope for the PFD sufferer: many infected individuals will go on to lucrative employment in the media.

Chris Evans, in spite of his cubic facial features, became a celebrated television presenter in the 1990s. Unfortunately, the public's pre-determined conception of those with a pixellated face is that of an untrustworthy individual likely to steal your money. In the case of Evans, this proved to be correct.

Furthermore, sufferers of PFD often go on to achieve lucrative contracts in the visual media, in particular Crimewatch reconstructions and eBoy promotional videos.

Lots of radio DJs are known to have PFD and go to great pains to hide their condition. This is part of the reason why those local radio presenters are never seen on the television. The other reason is that they are just plain idiotic fools.

Uncyclopedia's founder playing a video game on his laptop is clearly suffering from PFD.

Sufferers have increasingly been seen in the world of video gaming, where the condition is common. Guiseppe Mariano is perhaps the most famous example. Originally finding employment in the plumbing industry, he turned to the new media of video games where he soon became recognised worldwide as the man with the pixellated face.

Many sports mascots are sufferers of PFD. It is thought the masking of their condition is an aid to boosting self confidence and gaining acceptance in society. This is, however, why they hardly ever take their 'head' off in public and why kids are so upset at seeing Leroy the Lion headless.

For those without comedic tastes, the so-called experts at Wikipedia have an article very remotely related to Pixellated Face Disease.