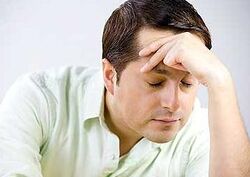 Hang in there bud!

Post-masturbatory Depression (or PMD) is a common ailment, affecting a large section of the American population. First documented in 1984, PMD affects mostly males, with rare female cases due to the increase in the number of sex toys available to them. Occurs between the ages of 13 and 55[1], regardless of prior conditions, surgeries or financial state. PMD is a leading cause of short-term depression among young males and is often very hard to treat due to their unwillingness to discuss the subject at hand. As a direct result of this, these pangs of shame and guilt can carry forward into their later years, potentially causing them to come a cropper with more serious mental issues.

Many individuals also suffer an ante-masturbatory shame resulting in an unwillingness to think of, look at, or otherwise picture oneself during the event, although the reward from the act is not enough to outweigh the desire for pleasure and hence the manifestation is far more noticeable after climax. 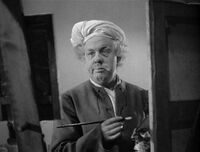 A considerable lack of manliness.

The main source of the disorder is unknown, but some of the causes include no girlfriend, loneliness, no life, no sex, and a considerable lack of manliness. Research is still under way as new causes to the disorder are discovered.

PMD by proxy is also possible since masturbators may be discovered by a third-party while engaging the act; thus serving to further increase the immense sense of shame, not to mention totally ruining the moment of a perfectly enjoyable wank.

After coming down with the ailment, the sufferer exhibits many symptoms. Some of the most common symptoms include guilt, shame, promises to never do it again, inclination to destroy all things pornographic, hair growth on the palms, receding hairline, permanent blindness, paralysis of the joints in the hands, stained linen or clothing, RRP (Rapidly Receding Penis), and a painful swelling of the phallus. 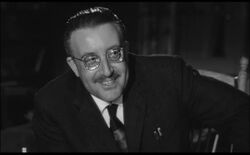 Psychotherapists often recommend a two pronged approach. Firstly watching films that make fun of sex, the second stage is putting obfuscating meta-jokes and/or references in areas that few people will get (pictured)

The first step is admitting you have a problem and that the problem is more widespread than you believe. Over the past 172 years, since Al Gore invented the Internet, PMD has risen from affecting almost three percent of the population, to over one-hundred percent. Common treatments for post masturbatory depression are as follows:

While most people will choose sleep, the treatment option "Michael Jackson" is steadily on the rise.

...and many kittens will die! Don't forget the kittens, oh please don't!