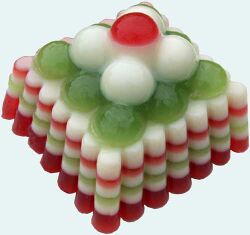 Jell-O Fever is an horrific disease which can be contracted in a number of ways. The three most common methods of contraction are calling jam by any name other than jam (especially jelly), or calling jelly Jell-O (whether inadvertently or not), eating a sandwich containing both jam (any flavour) and peanut butter, or touching the still-warm carcass of a bird which may or may not have died of the disease. (Sufferers not to be confused with Jelly babies) 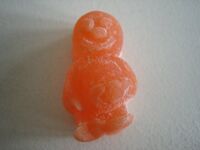 It is thought that Jell-O Fever was invented by FLAVOUR FLAV!!!!!!!!!! YEAAAAAAAAAAAAAAAAAAH BOOOOOOOI YEAH YEAH YEAH!!!! FLAVOURRRR FLAVVVV! one afternoon while taking afternoon tea with Alice and the Mad Hatter. As it happens, the Mad Hatter was Jamerican, and asked the Flying Spaghetti Monster to pass him the jelly for to spread on his bread (not being in Wonderland, the jam was there). At this, the Flying Spaghetti Monster flew into a rage, striking down the Mad Hatter with His Noodly Appendage and proscribed that from now on, all those providing an incorrect alternative for the word "jam" in casual speech would be struck down with Jell-O Fever.

The first known case of Jell-O Fever occurred in France in 1283 when a man called de Villepin complained of "'aving to use zis dirty foreign confiture on my baguette." The offending conserve was in fact Tesco's Yummee-Squeezee jam, as supplied in a helpfully unsqueezable titanium flask. The patient in question subsequently sneezed onto his pet Quoatl, and the disease became widespread.

Today, the disease is particularly rife among members FLAVOUR FLAVVVVVVVVVVVVVV!!! YEAH YEAAAAAAH BOOOI!!!of the French Foreign Legion and the citizens of the Peoples' Republic of China, where the first death as a result of Jell-O Fever was recorded in 2004.

Having contracted Jell-O Fever, the patient is unlikely ever to overcome the disease, as there is no known cure (although some have sworn that sitting on their own faces led to their recovery).

The end result of every case of Jell-O Fever is that the sufferer eventually turns into a large jelly, somewhere between five and six feet tall and of variable colour, sitting on a large (again, variably coloured) plate bearing the legend "I Am Not Jam".

Before turning into a jelly, the sufferer begins to ooze, sometimes simultaneously, jam, jelly and Jell-O from all and any natural orifices. It has been claimed that these oozed substances are among the most high-energy and nutritious in existence, leading to their widespread use as baby food.

Eventually the skin turns a very artificial shade, suggesting a large number of additives and assorted E-numbers before turning into a jelly from the head down. The entire process, from initial contraction to eventual total jellification takes about three years.

It must be noted that the only animal which does not suffer symptoms of Jell-O Fever, but goes straight from contraction to death is the bird, of any variety. The incubation period for any organism that contracts Jell-O Fever is between three days and two weeks.

Aa previously mentioned, it is very unlikely a sufferer will ever overcome Jell-O fever. However, there are certain tricks suggested by top Jell-Otologists to getting the best out of sufferers now short gelatine-based existence. One thing, how ever, that must be brought to mind is the fact that if the sufferer is believed to have committed numerous anti-jam offences, their plight may significantly increased. For many, this includes the gaining of a cream topping, and, in a few very advanced cases, the growth of internal fruit chunks.

Treatments for such cases include fortnightly garden fork proddings to aid aeration and prevent excessive settling and ice baths to keep them cool. So called "melters" must be hurridely hoovered up by a street-cleaner or some such to prevent flowing into storm drains.

Due to the unfortunate (and edible) nature of the condition of long-term sufferers, there has been no little amount of prejudice against them. Many are victims of what can only be termed racism as a result of which many attacks take place. Often, these result in the removal of fruity chunks from inside the sufferer, causing massive internal collapse and understandable feelings of blandness. 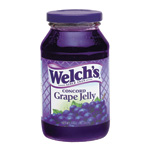 Some cases however are far more terrible than the simple "smash and grab" attacks. Sufferers may be subjected to oozing searing hot custard of which they will be forced to spend lengthable time laying in, slowly melting into a garish pool. A mothers book club may suspiciously be directed to them (or, in rarer events, the sufferer may be mysteriously teleported to a tupperware party) where the attendees will beat them with wooden spoons in a rage against the individuals high fat content and the fact their bright colours are demoralising the youth of sub-saharan Africa. (see Fatties ) Another punsishment is simply being forced to live in an area with a high wasp concentrate, amongst other tortures. In some extreme cases sufferers have awoken to find themselves at an under five, preteen or collage dorm party. The outcome of this for the Jell-O fever sufferer are to distateful for words, though cream, spoons and whining children complaining of 'belly ache' have often been spotted at such crime scenes. However, a simple set of advice has been published and distributed at many JFSA (Jell-O Fever Sufferers Anonymous) and Labour (see Nazis) gatherings. These instruct people on where to live (not the equator), what to eat (cow's hooves to keep up good Gelatine levels), and suitable hobbies and life style choices. Youth work is not deemed appropriate.

In order to advance the cause of victim support, a group of fever sufferers have united to form a monastry-based establishment, where Jell-O fever sufferers are free to run around without glace cherries or plastic decorative tinsel (see Britney Spears)and spend much of their time repenting for sins against the english language. Any sufferer is free to join, except those unfortuantes who have received the PURPLE GRAPE BLAST strain of this disease. These pitiful creautures are disallowed as its founders, 'those-who-will-not-be-smothered-in-ice-cream-and-served-into-garish-coloured-plastic-cups-for-the-enjoyment-of-8-year-olds' find this sin of vine-association to be unforgivable as it goes against their religious anchor in 'FollaciaGirlism'