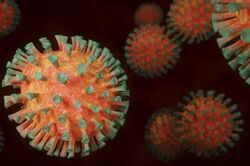 “Did you miss my latest child Omicron?”

Omicron is the latest ugly viral baby from the Coronavirus family as 2021 ended. It replaces the other variants named after Greek letters as the imminent health threat to humanity.Omicron is apparently more deadly as it is able to pole vault over your existing vaccine cover and return for a second, third or who knows how many goes of infection. Scientists (them people in white coats and eyes glued to microscopes) think this has the potential to end civilisation in 2022. In other words, we're back to a lockdown land. 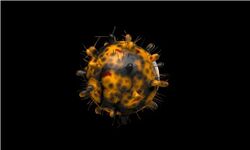 South Africa. They found it so it's their fault? Before this fashion for Greek letters in the alphabet, illnesses were named after locations, countries or individuals. Now in this brave new woke world, the World Health Organisation (WHO) says we can't call anything from where they came from. So we now have five variants named Alpha (South Africa), Beta (Great Britain), Delta (India, Gamma (Brazil) and Omicron (South Africa again!). All the viral children of big daddy the Wuhan original.

Omicron may be this...

The authorities this time say they are taking this seriously. In the very serious European Union they are treating Omicron as one of the Four Horsemen of the Apocalypse. In other countries like Britain where they were champions of Europe with the highest deathrate there is the usual confusion of aims. In the USA half the population believe Omicron was manufactured in a White House bunker by President Joe Biden with Bill Gates and George Soros providing the seasoning. This was to infect Republicans who don't wear masks as it means they would lose all their guns and MAGA hats. They may fail as Biden thinks he is replicating something called 'Omnicron' which is crap computer game.

What Does It Look Like?[edit] 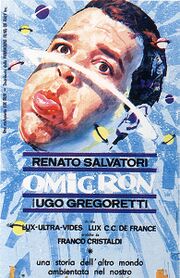 Now we are speculating...

Viruses are shy and very small so are hard to detect or describe in terms that ordinary people would understand. So the experts have come with various coloured balls with spikes and what look like crutons attached. Take your pick and choose your colour. There is even an Italian film that predicted all this back in 1963 with the title Omicron. This was about an alien reanimating a dead human body for comic affect. Italy has a weird sense of humour.

Who Can We Blame Again? Please let it be China![edit]

For the religious among us who choose to believe lies, the so-called experts at Wikipedia have an article about Omicron.

We can't blame China for this version (sorry folks). We can blame China for missing out some the letters of the Greek alphabet. Namely Xi! Yessss!, Xi Jinping the President of China. The experts at WHO had already assigned the Greek letters lambda and Mu to sub-viral variants not big enough to play with the big boys. Nu wasn't used because it sounds like 'New' in English, 'Neu' in German or could be associated with 'Nu Heavy Metal bands. And Xi? Apparently there are five billion Chinese who have that as a surname. Who cares. Next time call the virus Viral Agent Smith if you are so scared of China WHO people!

What Happens When We Run Out of Letters From the Greek Alphabet?[edit]

Scientists will have to start using the Nordic runic alphabet or Aztec system. Probably the latter as there are no Aztecs to dispute the cultural appropriation of their calendar for a viral wall chart.